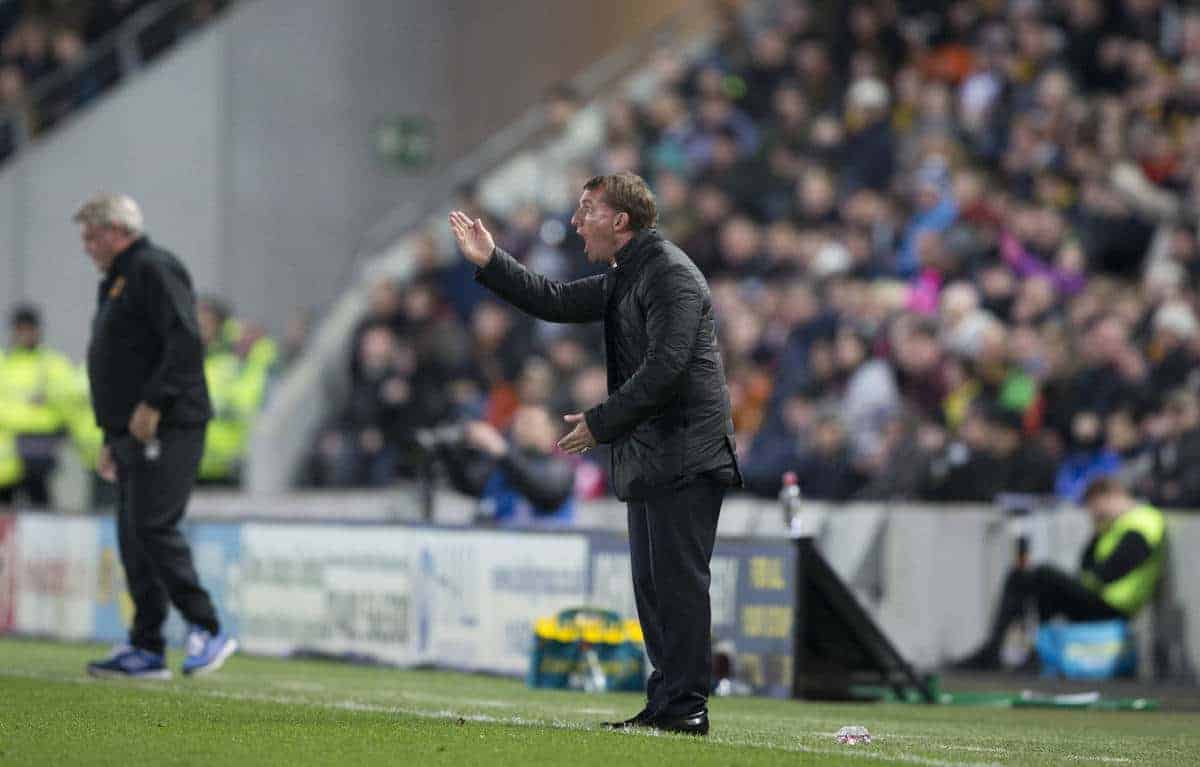 Brendan Rodgers has ordered his ailing Liverpool team to toughen up if they are to mount a serious challenge for a return to the UEFA Champions League next season.

The Reds saw their slim top-four hopes all but extinguished in Tuesday night’s defeat at Hull as a testing campaign looks set to finish with little more than a whimper.

While manager Rodgers believes his side’s mid-season rally has cost them in recent weeks he will have been alarmed by the lack of desire on show at the KC Stadium, where they were upstaged by struggling Hull in every department.

He said: “The challenge for next year is to build a team that can get through the rough waters as well and that is going to be critical for us.

“We’ve got a lot of fantastic players but when it is tough we have to get through that and if we want to make a challenge like we did last year, that is what we have to do.

“The challenge for me until the end of pre-season is to rebuild a group that can get through. The players here have given their best to meet that challenge but we have to refocus again and look to improve the squad.”

Along with increasingly influential Brazilian Philippe Coutinho, captain Jordan Henderson has offered one of the rare bright spots in an increasingly difficult campaign.

And Henderson has insisted clocking off early is not an option as his side look to give something back to the fans – including those who boycotted Tuesday night’s game in protest at the £50 admission charge.

Henderson told LFC TV: “We’ve just got to keep going. We’ve got to move on as quickly as possible to the next game and hopefully try to win every game from now until the end of the season and see where we are.

“We’ve got to lift ourselves because we know at the weekend QPR will be right up for it and it will be a difficult game.

“But we set high expectations of ourselves and we expect to be winning games like this. The next game is important so we’ll need to make sure we bounce back.”