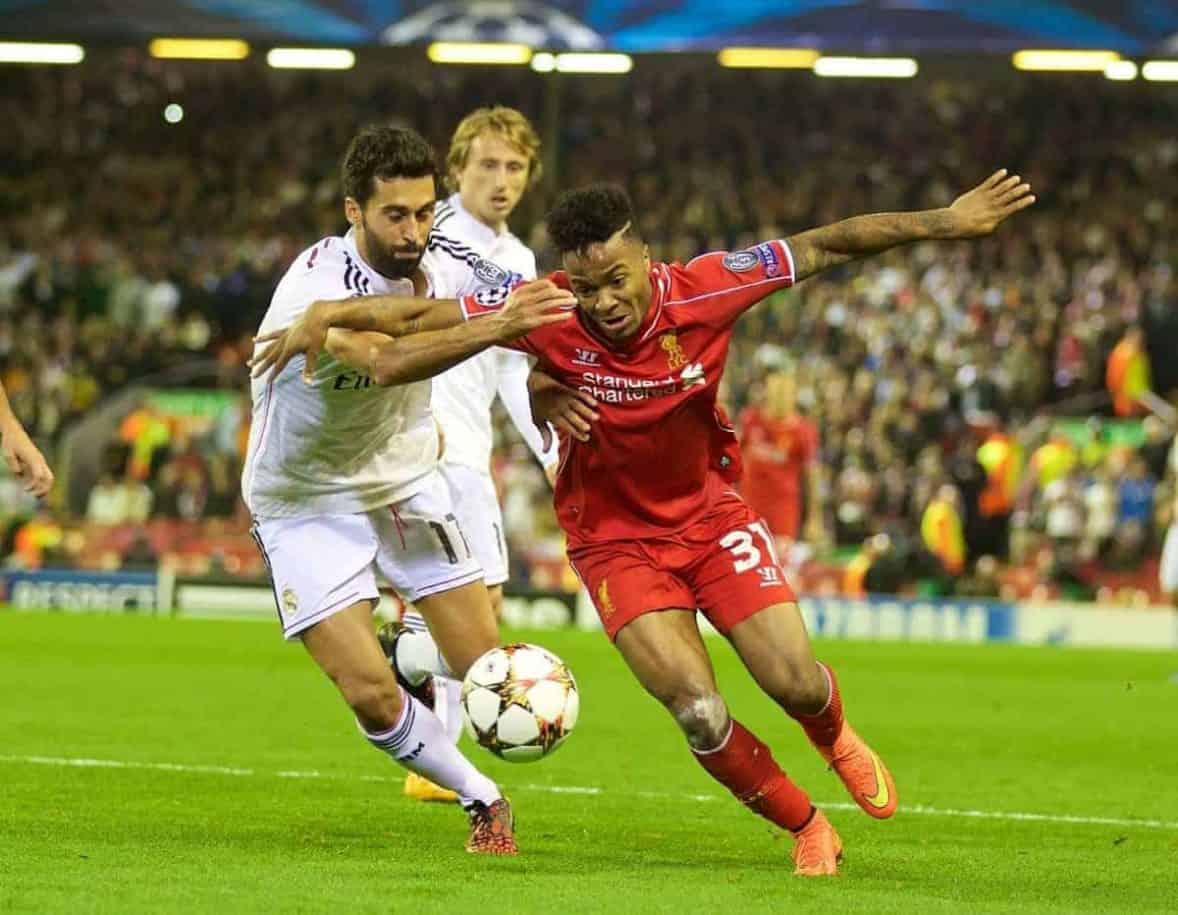 Zinedine Zidane, who coaches Castilla, the reserve outfit for Real Madrid, is heavily tipped to take over as manager of the first team in the future, and spoke about Raheem Sterling as a long-term target for the La Liga giants.

“’We know who Raheem Sterling is, and of course we are monitoring him as a player,” Zidane has claimed.

“We monitored [Gareth] Bale for over a year, the same with Isco and also [Raphael] Varane.”

Bale (24), Isco (21) and Varane (18) were all signed at a young age, and have developed into regular first-team players at Madrid—each has made at least 20 La Liga appearances so far this season.

Sterling would represent a worthwhile addition to Carlo Ancelotti’s squad, but Zidane stresses that there is nothing concrete in their interest just yet.

“We monitor many of the best young players in Europe, then if we feel they have something to offer Real Madrid we will contact their club and try and make the next step.”

A club of the sheer size and transfer clout of Madrid are likely to be monitoring the very best players in the world, so Liverpool supporters have no need to worry at this juncture.

However, with the furore continuing surrounding the contract saga of Sterling at Liverpool, Zidane’s words should represent a warning shot to Reds manager Brendan Rodgers and the club’s owners, Fenway Sports Group.

Bale signed a long-term contract with former club Tottenham Hotspur just over a year before his move to Madrid, protecting his value significantly, with the Bernabeu side finally securing his signature for a world-record £85.3 million fee.

Now that Madrid have made their interest known, Liverpool must at the very least do the same for their most valuable asset.

Should Liverpool fear Real Madrid’s interest in Raheem Sterling? Let us know in the comments below.