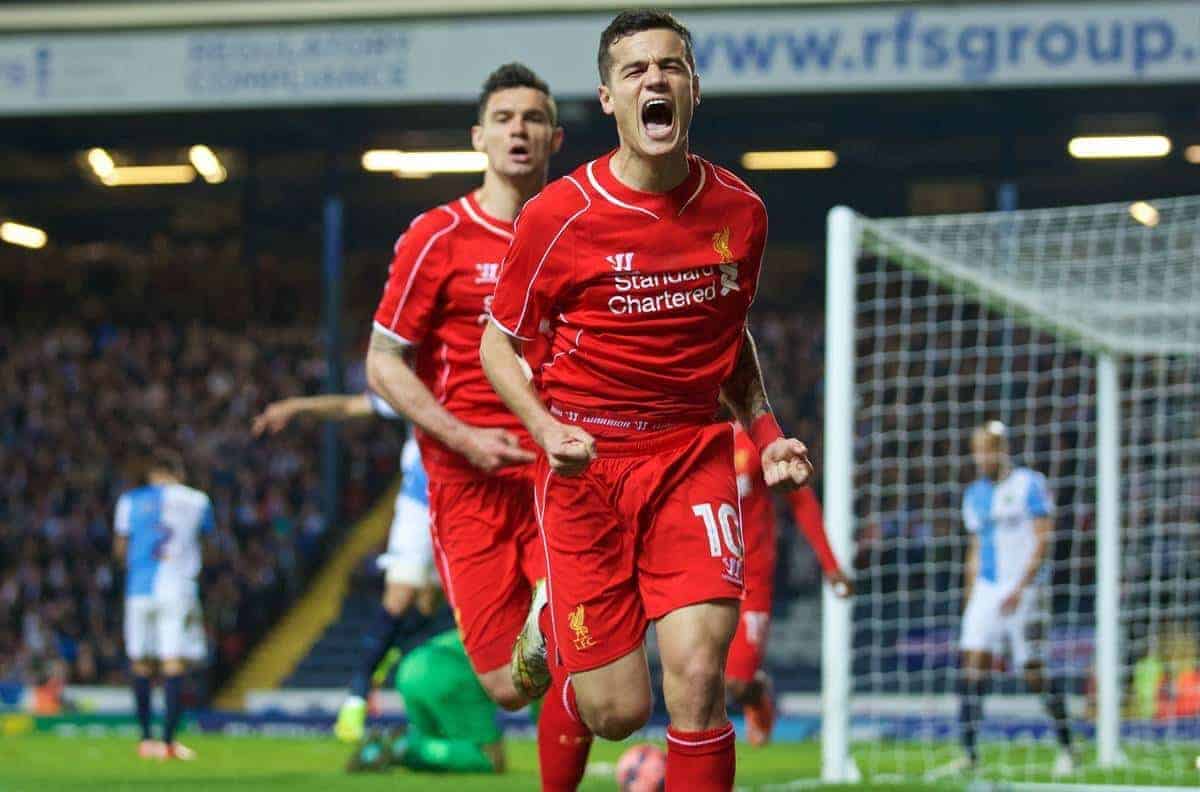 There has been much congratulations for Liverpool’s Philippe Coutinho after the 22-year-old was named amongst the nominations for this season’s PFA Player of the Year Award.

Coutinho, along with Manchester United goalkeeper David De Gea, Chelsea‘s Eden Hazard and Diego Costa, Tottenham‘s Harry Kane and Arsenal‘s Alexis Sanchez, are in the running for the prestigious prize.

Coutinho was also named in the Young Player of the Year category along with teammate Raheem Sterling, De Gea, Hazard, Kane and Chelsea goalkeeper Thibaut Courtois.

Coutinho will be hoping to follow in the footsteps of former Liverpool forward Luis Suarez, who collected the top accolade in 2013/14.

The Brazilian has had an outstanding season under difficult circumstances at Anfield, scoring six goals in 45 appearances so far. In the league alone, he has created 42 chances, according to stats website Squawka.

His shift to a ‘false 9’ position in Monday’s 2-0 victory over Newcastle Utd in the Premier League was met with great adulation.

We’ve rounded up some reaction from social media to Coutinho’s nominations. Let us know if you think he, or Sterling for that matter, could win either award in the comments below.

Coutinho has been nominated for the @PFA Players Player of the Year award. Well deserved. Has had a fantastic season.

Coutinho nominated for PFA Player of the Year. Forget the stats, he's been outstanding. Fully deserved. Scored some stunning goals too.

Disagree with those who think Coutinho doesn't deserve to be in the PFA list. Goals don't always a footballer make.

norwegian wood in the forums:

Nice for Coutinho to be on the main list. Didn’t expect that. Thought both he and Sterling had a good chance of being on the young player list.

The PFA Player of the Year awards will be presented on Sunday, 26th April.