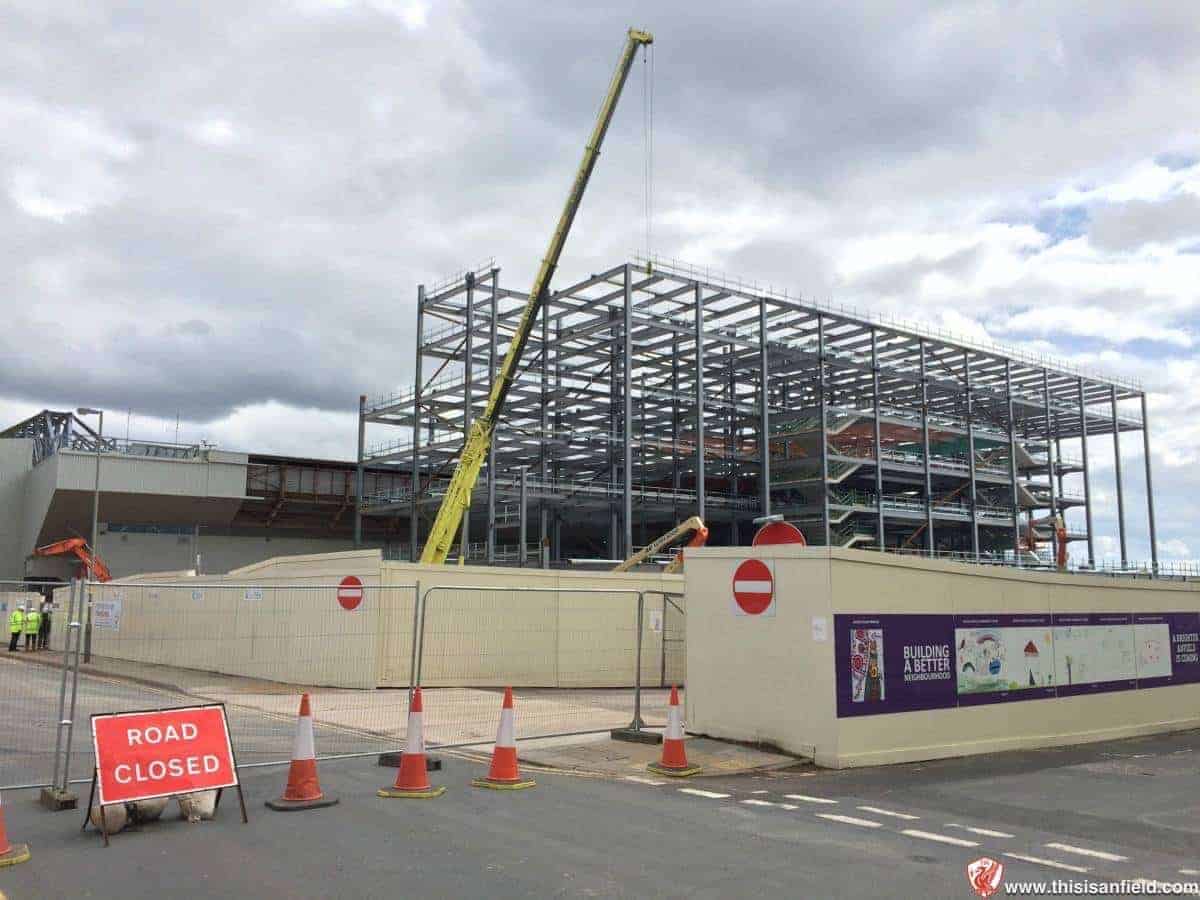 Following the final home game of the season on Saturday, construction work at Anfield has stepped up another gear.

Immediately after full time staff were clearing out parts of the existing Main Stand extension ahead of its demolition this week. The side extension was added in the 1970s and will be the first part of the existing structure to be knocked down.

Also being removed this week are the back three rows of the Main Stand, which will see Anfield’s capacity reduced by 540 seats for the 2015/16 season.

Monday also saw the pitch surface removed ahead of being reseeded this summer.

This week also sees Anfield Road itself closed off completely to allow workers to move around site more easily. The road will only be re-opened over the next six months on matchdays.

This summer represents a crucial and busy stage for construction on the new stand, with strict deadlines needing to be met in order to ensure work is completed next summer, in time for the 2016/17.

We understand Liverpool do have contingency plans in place should work overrun but at present are confident work will be completed as intended next summer.

As we revealed previously, The Reds had requested their final game of the current season was away from home and we understand they have requested to start next season away from Anfield too in order to allow more time to undergo extensive work on the stadium.

All our Main Stand development coverage can be found here