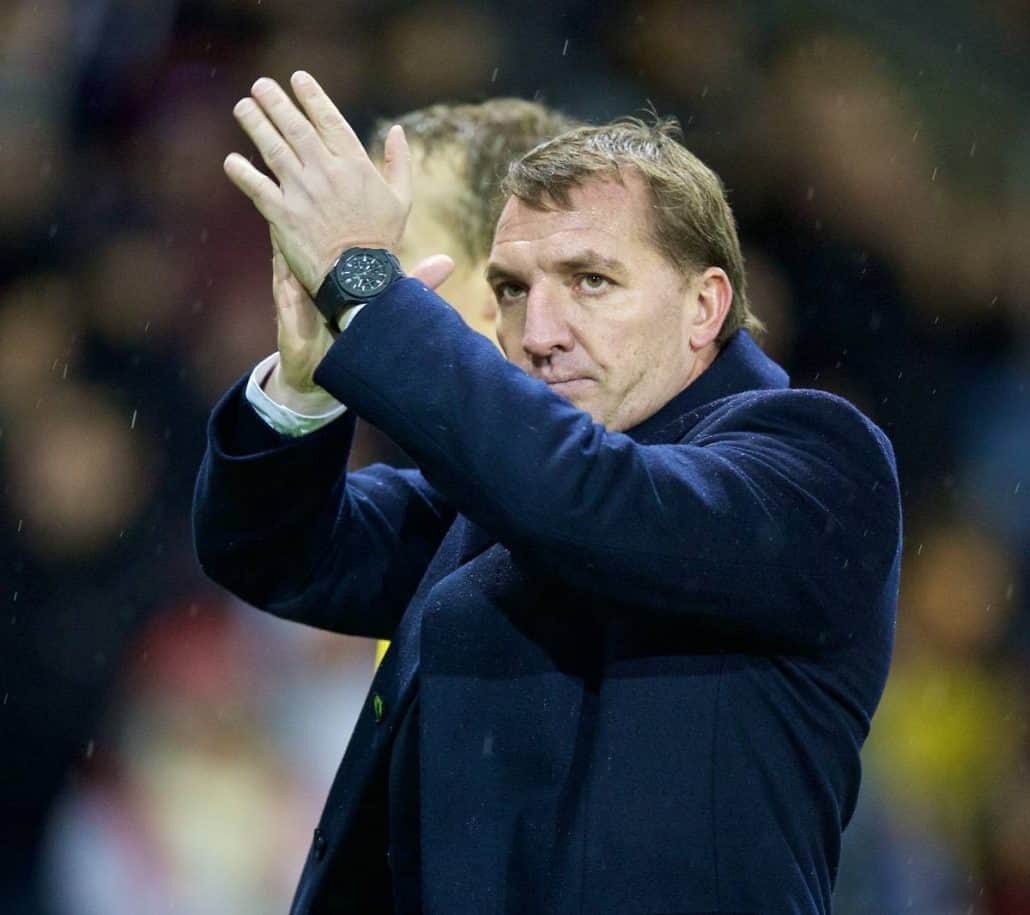 Despite being under pressure after a disappointing season, Brendan Rodgers is “150%” sure he’ll still be Liverpool manager come next season.

The Reds will be hoping to seal a fifth place finish with victory at Stoke City on the final day of the season this Sunday — an outcome seen by many as deflating after narrowly missing out on the Premier League title in 2014/15.

Rodgers’ job has been the subject of much speculation, with former boss Rafa Benitez and Borussia Dortmund coach Jurgen Klopp being linked with the Anfield hot seat.

But when asked by newspaper journalists, including the Mirror’s David Maddock, on Friday whether he’s confident he’ll keep his job, Rodgers replied, “Yeah, yeah. 150 per cent.

“I think you evolve as a manager. Certainly the experiences of this year will make me better. We have been clear with the identity of how we want to play since I’ve been here and obviously it hasn’t quite worked out this season as I would have liked.

“But going forward, I repeat, I will be a better manager for the experiences and hopefully go on next year to be more consistent and we can win more games than we have.”

Reports this week suggested owners, Fenway Sports Group, are set to thorough review the club’s structure, including the much criticised transfer committee.

Stoke v Liverpool gets underway at 3pm on Sunday, 24th May.