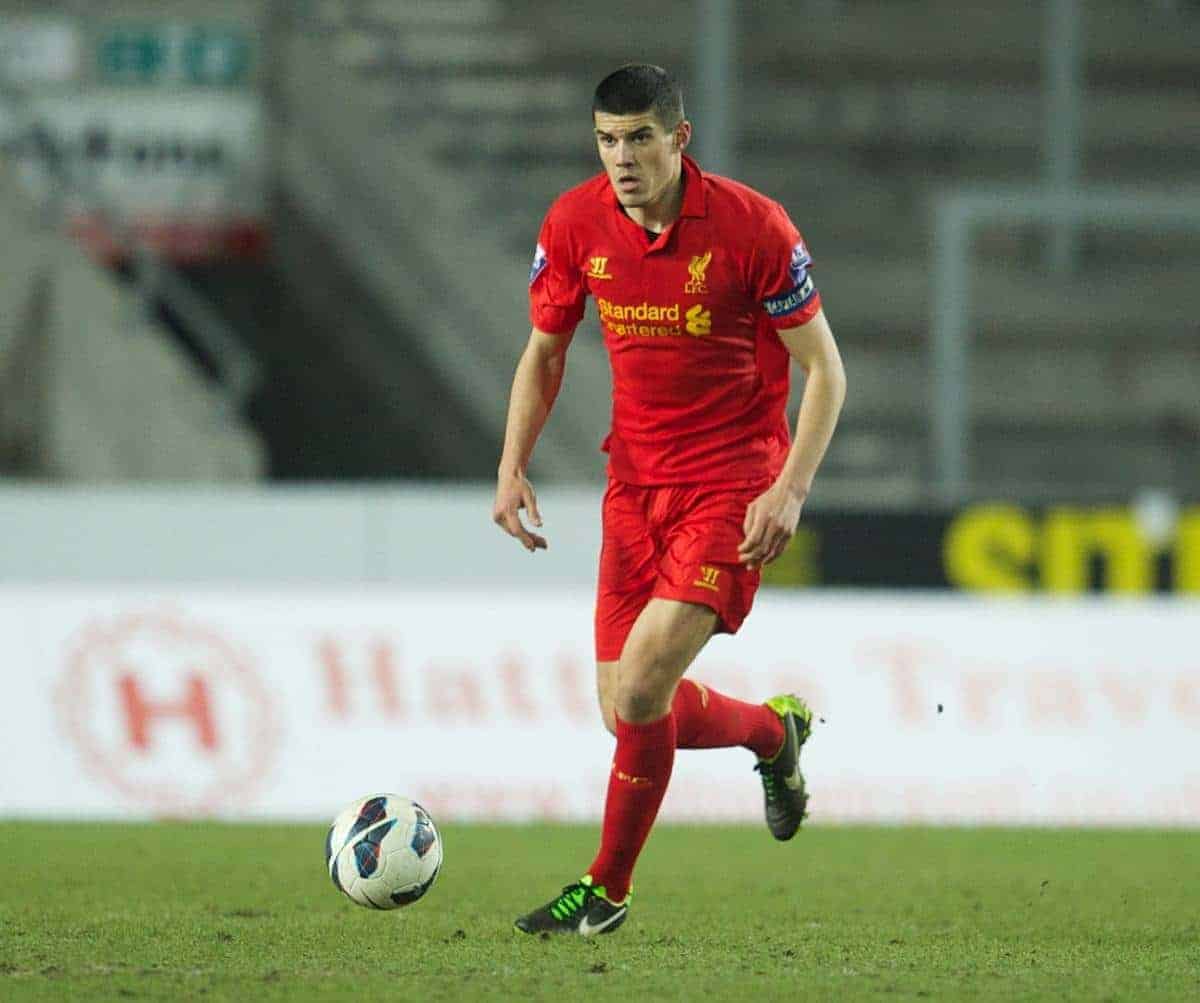 With the football league season finishing last weekend, we take a look at how some of Liverpool’s former youngsters who left the club last summer got on for their new sides this season.

We spend hours on end discussing Liverpool Football Club, whether it be the performance of the manager and team, potential signings or business that happens away from the pitch.

One thing that can often be neglected, however, is the progress former Reds youngsters are making at their new sides. Some have been sold while others have been released in the last 12 months, as they look to bounce back from the disappointment of leaving the Reds and moving down the football league ladder.

Here is a look at how those young players have fared in 2014/15, as they look to kick on in the next stage of their careers. The results are mixed.

Conor Coady was always one of the most promising players in Liverpool’s youth academy, and outlined his pedigree by captaining England at the Under-20 World Cup in 2013.

The St Helens-born midfielder never quite made the grade in the first-team at Anfield though, making just two appearances in the 2012/13 season. He was eventually sold to Huddersfield Town last summer for a fee in the region of £350,000.

Coady has been a virtual ever-present in the Terriers’ midfield this season, appearing in 43 of their 46 Championship games and helping them to a respectable 16th-place finish. He also scored three goals.

Coady’s first season at the Yorkshire club saw him named Huddersfield’s Young Player of the Year. In May 2010 against Hull City, at the age of just 16 years and 250 days, Rafa Benitez made Jack Robinson the youngest ever Liverpool debutant at the time.

Kenny Dalglish then drafted him in to face Arsenal at the Emirates almost a year later, along with Jon Flanagan, where the two impressed.

Like Coady, things never quite materialised for the young left-back, and he made just 11 first-team appearances in and around several loan spells, before moving to QPR permanently last summer.

Robinson was immediately loaned out to Huddersfield, where he teamed up with old friend Coady. He made 31 appearances in all competitions, until a serious knee injury in March saw him return to Loftus Road. He may not make a full recovery until early next year.

Hodzic was signed in May 2011, having broken numerous youth goalscoring records in his homeland of Bosnia, but he never really came close to being a success story at Anfield.

He was released in the summer of 2014, before moving to Dinamo Zagreb. He has scored one goal in five league appearances for the Croatian giants.

Baio spent three years in the Reds youth team, between 2011 and 2014, but was deemed surplus to requirements at the end of that period.

The 20-year-old midfielder made the move to Sparta Rotterdam in January, where he has one goal to his name in nine matches.

Ngoo was a player highly rated at Liverpool for a number of years, having arrived in 2009 as a 16-year-old. The tall striker was a star of the youth and reserve side, but never made the leap to the first-team.

Having spent spells at Hearts, Yeovil and Walsall, the then 21-year-old joined Kilmarnock upon his release from Liverpool in 2014. He has failed to score in seven appearances for the Scottish side.

An imposing central defender, Sama made the first-team squad on several occasions, but never got a chance to make his debut.

In September 2014 he joined Stuttgart II, currently playing in Germany’s third tier. He has made 25 appearances in 2014/15, scoring once.

The young English-born Turkish goalkeeper was signed to the Liverpool academy from Millwall in January 2011, but never managed to usurp the likes of Danny Ward and Tyrell Belford as first-choice.

Released by the Reds in 2014, he joined Turkish side Kasimpasa on a free transfer. He is yet to feature for the first-team there. Roddan joined Liverpool’s academy at the age of 14 in 2007. The midfielder had short loan spells at Carlisle United and Accrington Stanley, in 2013 and 2014 respectively, but barely featured.

The Reds released him last summer, and he eventually signed for Northern Irish side Witton Albion in February. He has made just one appearance to date.

Bijev joined Bulgarian side Slavia Sofia in July 2014 but only lasted five months, before signing for Cherno More. The striker has scored one goal in eight games for his new side.

Sokolik spent just a year at Liverpool before he was released in the summer of 2014. Yeovil Town snapped him up on a two-year deal, but he was loaned out to Southend United in October. A knee injury cut short his spell with the Shrimpers.

Which of these players do you have the highest hopes for in the future? Let us know in the comments below.