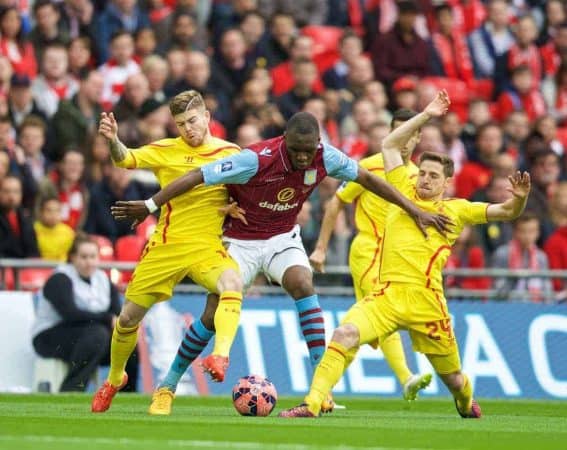 As silly season increasingly comes to the fore, we round up the latest transfer rumours affecting Liverpool in recent days.

As the Reds’ 2014/15 Premier League season slowly begins to wind down, thoughts have predictably turned to how Brendan Rodgers can strengthen his squad this summer.

It is evident that a number of new players need to be brought in for Liverpool to return to the top four next season, with others needing to be sold.

Liverpool very lucky there. Really missing a top-class match-winner, which will only get worse when Steven Gerrard departs. #LFC

Saturday’s 2-1 victory over QPR may have ended a very poor run of results, but Steven Gerrard’s late winner once again highlighted how few match-winners Liverpool will have when the legendary captain leaves.

It is this, among numerous other things, that needs to be addressed in the summer transfer window. Here are the latest reported Liverpool transfer targets:

Quite how reliable a source they are remains questionable, but the 24-year-old would be a terrific signing by the club.

The Spaniard has endured a frustrating season at Camp Nou, struggling to oust the brilliant Dani Alves in Luis Enrique’s first-choice starting eleven.

Montoya has won two La Liga titles since his debut in 2011, and his Alvaro Arbeloa-esque defensive expertise would be a welcome change from the erratic Glen Johnson.

Quite whether he would be allowed to leave Barca is debatable though, with Alves rumoured to be departing at the end of the current campaign.

It is also worth noting that the Catalan club are currently banned from signing any players until 2016, with Brazilian duo Adriano and Douglas serving as Enrique’s only other right-back options if Alves and Montoya were to depart.

Liverpool are interested in bringing in talented South Korean star Son Heung-Min, according to rumours in Germany.

The Bayer Leverkusen starlet’s agent reportedly told German publication Bild that his client is someone the Reds are looking at to improve their side next season and beyond.

“I know Liverpool have scouted him several times this season and would like to have him in their team,” said Thies Bliemeister.

The 22-year-old is a key part of an exciting young attacking unit at Leverkusen, and 29 goals in 79 appearances for the Bundesliga club shows the silky forward has goals in his locker.

Equally happy playing out wide, in a No. 10 role or as a lone striker, Son’s combination of vision, pace, goals and versatility would appeal hugely to Rodgers.

It is clear that new strikers are vital for the Reds this summer, and the Mirror claim that Aston Villa‘s star man Christian Benteke is “the stand-out choice.”

The report states that Rodgers is so concerned at Daniel Sturridge‘s constant fitness problems that signing a new goalscorer has taken precedent over bringing in PSV’s highly-rated Dutchman Memphis Depay.

Benteke seems the most realistic option out of several names linked with a move to Anfield, which links us nicely to Edinson Cavani.

The Paris Saint-Germain and Uruguay superstar, who has scored 50 goals in just 91 matches for the Ligue 1 giants, is believed to be of interest to Liverpool, but a move appears extremely unlikely.

The 28-year-old is widely acknowledged as one of Europe’s most lethal strikers, and were he to move from PSG this summer he would surely demand Champions League football.

We finish with this ludicrous report from our famously unreliable friends at Metro, who claim that Liverpool are set to beat Chelsea in the race to sign Charlie Austin.

The rumour includes a link to a Daily Star story stating the Reds are among a host of clubs interested in the 25-year-old.

That’s all it says. Nothing about Liverpool being in pole position ahead of Chelsea.

Regardless of whether there is any truth in the story or not, Austin is not the answer to Liverpool’s striking woes, despite an impressive campaign with QPR.

The former Burnley man is a decent Premier League striker, but he could not be relied upon to lead the Reds’ line if Sturridge was on the sidelines for an extended period of time.

Should Liverpool be targeting any of these players this summer? Let us know in the comments below.