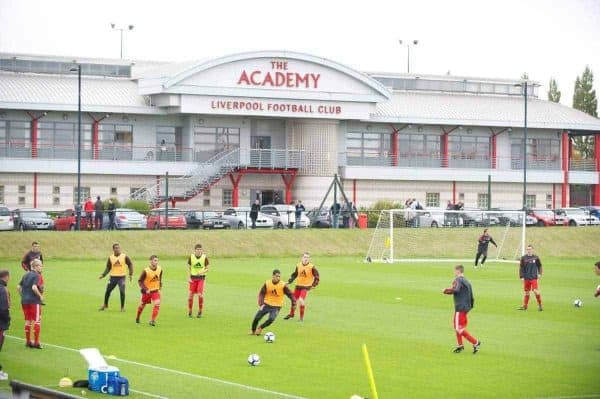 Liverpool Loan Watch – How did the Reds’ academy stars fare this season?

Once again in 2014/15, Liverpool utilised the loan system to provide their Academy stars with experience. Here’s how they performed.

While Liverpool’s academy sides are well-tuned to focus on the development of their young stars, there is no better experience than a loan spell in the Football League.

Several young Reds spent portions of the season on loan in the Championship, League One and League Two.

But how did they get on?

Academy striker Jack Dunn made two separate loan moves in the second half of the season, both to League Two sides in Cheltenham Town and Burton Albion respectively.

The Scouser enjoyed a productive time in his January move to Whaddon Road where he scored three goals in five games before returning to Liverpool.

His second loan spell at Jimmy Floyd Hasselbaink’s Burton wasn’t quite as successful, though, as he made only one appearance for the league winners.

Like Dunn, Lloyd Jones made the same move to Cheltenham in January where he also stayed for a month and made six appearances before returning to Anfield.

After heading back to Merseyside in February, the England U19s central defender headed out again a month later, this time to League Two battlers Accrington Stanley, where he made 11 appearances and scored one goal, helping guide Stanley to Football League safety.

Kevin Stewart followed Dunn and Jones to Cheltenham at the same time, where the natural defender impressed while deployed mostly in midfield and grabbed a debut goal in a 2-1 win against Oxford, before being recalled due to injury.

Once again, Stewart joined Dunn in Hasselbaink’s side for the final six weeks of the season.

At Burton, he played six times and again found the net with a goal that sealed a memorable League Two title win.

17-year-old Sheyi Ojo made the move to now-relegated Championship side Wigan Athletic on loan for the final months of the season, and in a short space of time impressed at the DW Stadium.

The England U19s international took no time in settling in as he grabbed a goal and assist in just seven starts playing wide midfield for the now-League One side, where he was joined by youth-team team-mate Jerome Sinclair who made one appearance.

Ojo and Sinclair ended the season by coming back to help the young Reds claim glory in the Volksbank Cup in Germany.

Having made his debut in September in Liverpool’s League Cup win over Middlesbrough and had match-day involvement throughout the season, Jordan Williams was loaned to Notts County for some game time.

Williams arrived with the League One side in the middle of a relegation scrap and despite making eight appearances playing at both centre-back and in central midfield, he couldn’t help drag County to safety as they were relegated to League Two on the final day of the season.

The Spanish centre-back joined Serie B side Bologna in August on a season-long loan where he enjoyed a mixed time on the pitch playing eight times and didn’t feature as regularly as hoped—something that prompted the 21-year-old to cancel his loan half way through.

Paez immediately headed to Spanish Primera division side Eibar in what was hoped would be a positive move, but it didn’t go to plan after an alleged “administrative error” in the paperwork finalising the deal meant that the transfer could not be accepted by FIFA, who blocked the move.

This meant Paez was unable to feature for his new club—something that Eibar officials appealed but to no avail.

The Spaniard therefore played not a single minute of action since his final appearance for Bologna on January 24th.