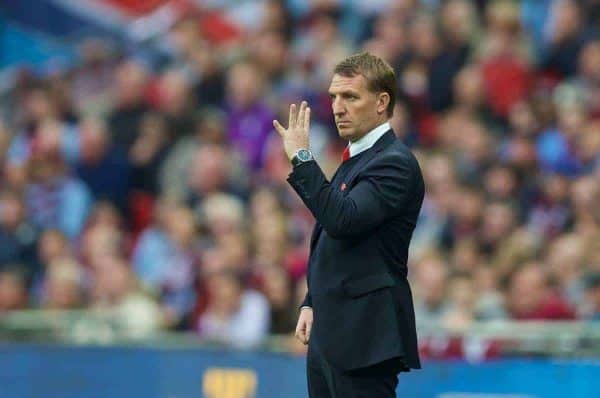 A recent study has revealed that Liverpool pay the fifth-highest weekly wage in the Premier League, in keeping with their current league placing.

The results, as part of Sporting Intelligence‘s Global Sports Salaries Survey (GSSS) and compiled for ESPN’s The Magazine, highlight Liverpool as one of the highest-paying outfits in world sport.

In terms of the Premier League, Liverpool pay the fifth-highest weekly wage.

In last year’s study, Liverpool were ranked as the 17th highest-paying outfit in world sport.

Last month, Brendan Rodgers assessed his side’s situation, declaring: “We sit in fifth place, having reached two cup semi-finals, which is probably on par with where we are at.

“The ambition is to be much greater than that and we have to be planning forward and that means bringing in players in the summer, that is something which is well under way.”

Going by these findings, with the club on par in the league in terms of their wage bill, perhaps that means increasing their average weekly wage once again.

Do Liverpool need to offer higher wages to challenge at the top of the Premier League? Let us know in the comments below.