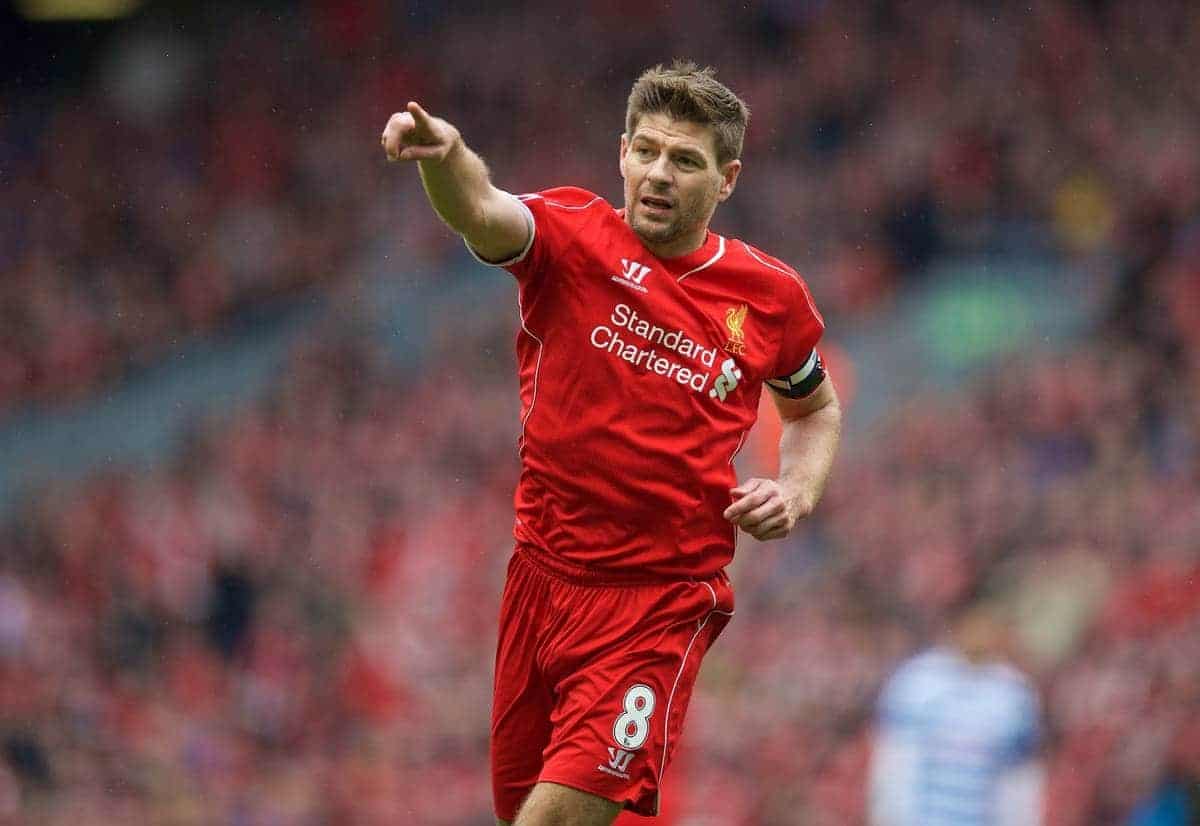 Liverpool captain Steven Gerrard is trying not to let emotions get the better of him as he prepares for his Anfield farewell.

The Reds' inspirational leader will make his final competitive appearance at his home ground as Crystal Palace visit Merseyside on Saturday.

Gerrard, 34, who has made 708 appearances in a glittering 17-year career with his hometown club, is moving to Los Angeles Galaxy at the end of the season.

The Champions League-winner told the club's website, www.liverpoolfc.com: "I think at the moment where I am, with a couple of games left to go, I don't really want to think about it too much.

"Everyone's talking about it but for me I just want to stay focused on the remaining games and the training and sessions ahead.

"There's plenty of time to be sentimental and emotional after the games are done but I don't really want to listen to supporters being emotional face to face because I'm a little bit afraid of breaking down and showing too much."

With Liverpool's bid for a top-four place in the Barclays Premier League now over – barring an unlikely mathematical swing – Gerrard's appearance will completely dominate the occasion.

Gerrard wants to enjoy the occasion and ensure he signs off by helping his team to a win.

He said: "It'll be strange, I'm sure it will. It'll be an emotional day for me and my family and friends that have followed me throughout my career. And also for a lot of supporters that have watched me for many, many years, not just at the stadium but around the world as well.

"I'm going to get the attention at the weekend, it's not something I really like, but hopefully I can put in a good performance for the supporters so we can get a win and I can enjoy the send-off that I'm going to get."