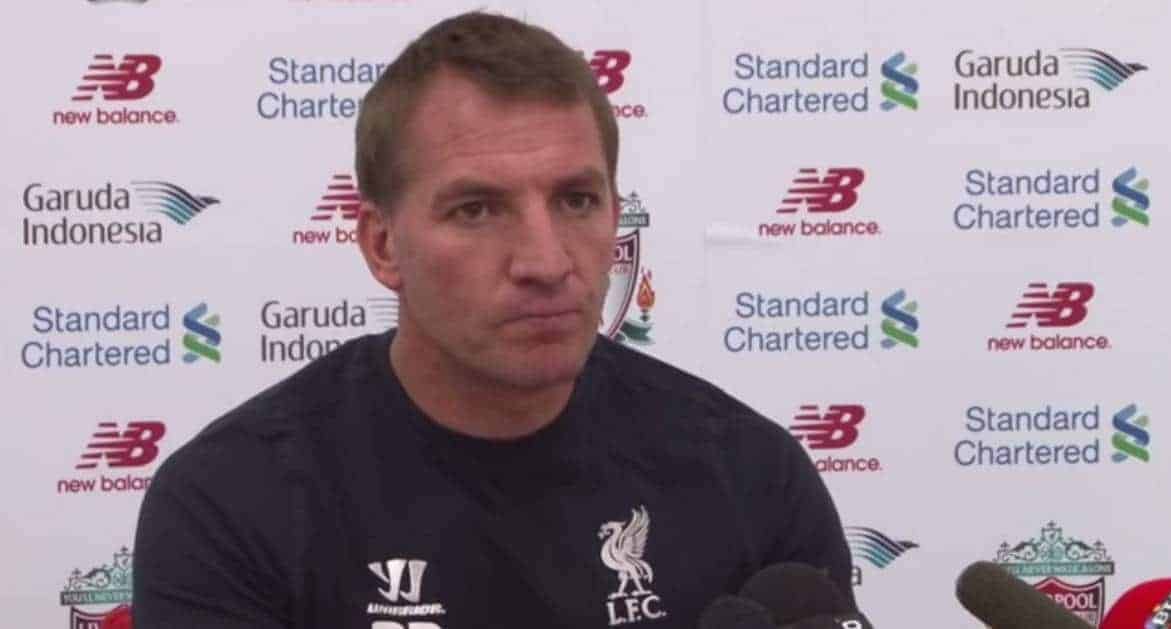 Liverpool boss Brendan Rodgers confirmed Daniel Sturridge will be sidelined until September after the striker underwent hip surgery in New York this week.

Sturridge has started just 12 games this season and is now sidelined with his 15th injury since joining the club in January 2013.

“He has been a big miss to us this season but let’s hope he can get back fit and contribute to the club,” said the Liverpool manager at his pre-match press conference ahead of Sunday’s game at Chelsea.

“Once he’s fully fit we know what he can produce and if he is at that level of fitness he can certainly be a key player for us.”

REPORTS: Danny Ings to Liverpool all but done