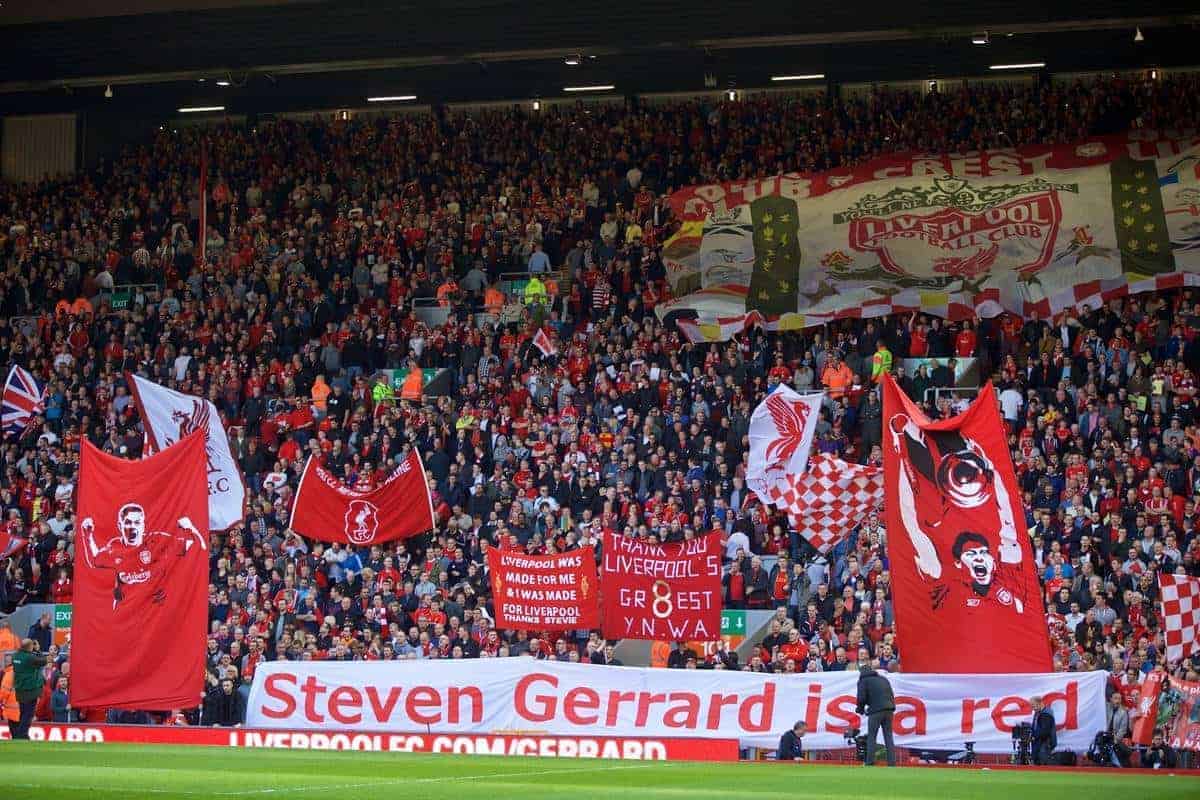 Steven Gerrard paid tribute to the club’s supporters after playing his final match at Anfield. Palace were 3-1 victors over Liverpool.

Adam Lallana had given the home side a first-half lead, but goals from Jason Puncheon, Wilfried Zaha and Glenn Murray late on sealed the win for Palace.

However the day belonged to former England captain Gerrard, who is heading to the United States to play for Los Angeles Galaxy.

“It felt very strange,” Gerrard said after the game. “I’ve been dreading this moment, I will miss it so much. I have loved every minute and I am devastated that I will not play in front of these supporters again.”

Asked about his favourite Anfield moment, Gerrard said: “It is very difficult to pick one. The first time I ran out was the moment I will never forget. The first time you play for Liverpool is a dream come true, everything else was a bonus for me.

“The club is in good hands. It has got a fantastic manager in Brendan (Rodgers), there’s unbelievable potential in the squad and I’m sure that there will be some new signings in the coming weeks. I look at the players in front of me – I love them to death and wish them every luck.”

Gerrard added, speaking to Sky Sports 1: “We found it hard to get going. I played a holding role, they stifled us, towards the end we gambled and went for it, credit to Crystal Palace.

“I have been preparing for it all week. It’s not going to be the same, hopefully I can enjoy my football for the next couple of years and hopefully come back one day.

“I will reflect for a few years and hopefully stay involved in the game, I love it.”