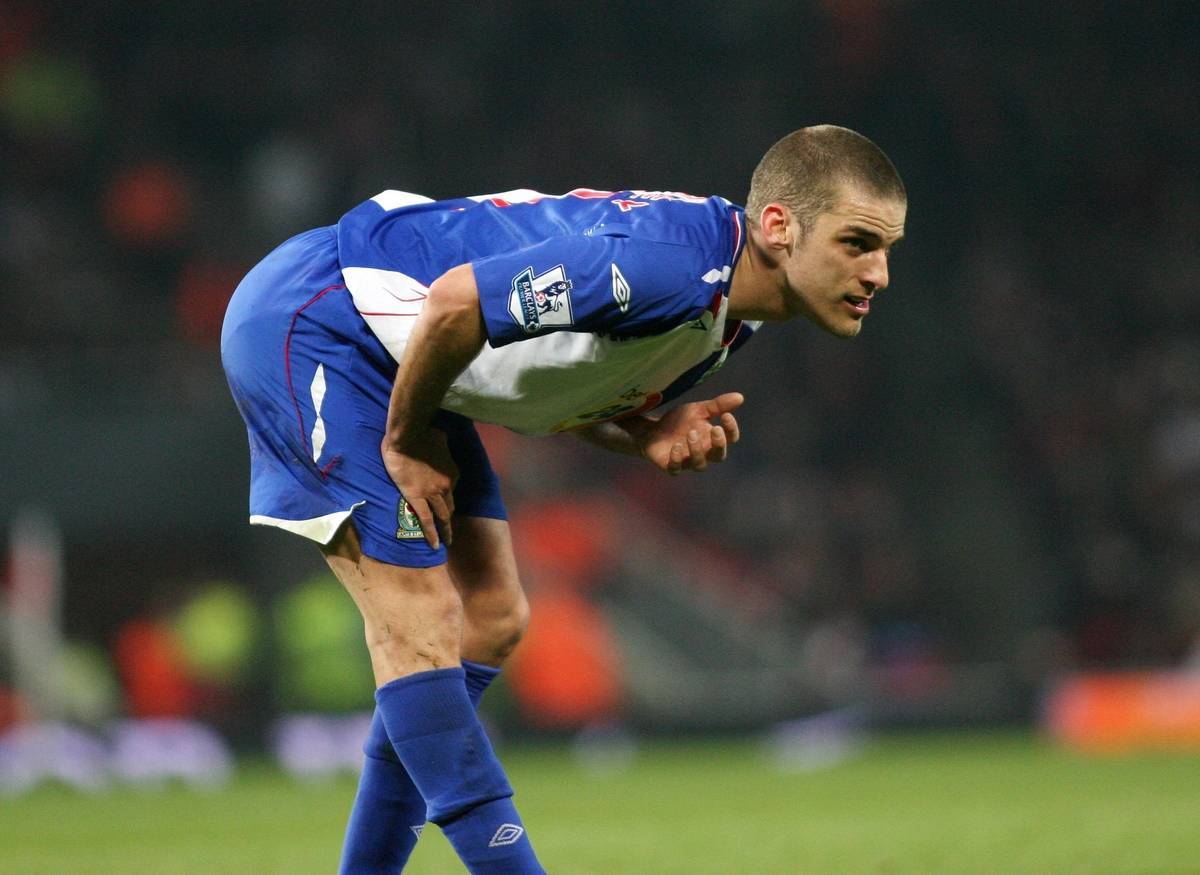 A missed transfer target doesn’t always turn out to be a bad thing, as Danny Gallagher shows with these examples!

It’s that time of year again, love it or hate it the summer transfer window is back. The rumour mill is whirring excessively and its ever reliable staff are working overtime. The Reds have been busy from the off, with James Milner, Danny Ings, Adam Bogdan and Joe Gomez having already switched to Merseyside.

Whether Depay will prove to be a success over on the Mancunian way remains to be seen. But, as big money deals have showed in the past, Liverpool’s loss is not always another’s gain. Here we take a look at the signings Red’s fans will be forever grateful didn’t materialise.

The Manchester City winger seemed to be setting the world on fire. His direct, high-intensity wing play had made him a household name in an otherwise struggling City side.

Called up to the national side, the pint sized wideman was destined for greatness.

Rafa’s Reds had expressed a growing interest, seeing ‘SWP’ as the answer to their problems on the flanks – an area which had never really been filled since the departure of Steve Mcmanaman in 1999.
Once Abramovic’s millions entered the fray, the Reds were forced to take a back seat.

Even the lure of Ian Wright’s former club Arsenal couldn’t hamper the deal as, cloaked in crisp green notes fresh from the Chelski vault, Wright-Phillips embarked upon a career in the capital and squandered his vast potential in doing so.

After four goals in 81 games spanning three years, Wright-Phillips would transfer back to Manchester City for around £8 million, with Chelsea taking a £13 million loss.

The new Beckham, everybody cried. Bentley’s sensational 2007/08 season for Blackburn Rovers rightly got the world of football talking.

The former Arsenal academy prodigy could do no wrong, setting up goals for fun, perfecting killer set pieces and taking the coveted number 7 England jersey.

Again, looking to tame their ever looming problem of the flanks, Liverpool were interested.

So too were Spurs.

The Liverpool-Spurs transfer rivalry was nothing new, with the two sides still to this day constantly pit against each other across the back pages of tabloids for star signatures.

Spurs were to emerge victorious on this occasion, as the ‘new Beckham’ swapped Lancashire for North London for 15 million of the Queen’s finest English pounds.

A strenuous relationship with Harry Redknapp followed, with dismal loan spells at Birmingham, West Ham and FC Rostrov. Even a brief return to Blackburn couldn’t reignite Bentley and, after 42 Spurs appearances and only three goals later, he decided to retire from the beautiful game for good.

Who? The former Deportivo La Coruña striker had been linked with Liverpool almost as much as Darren Bent over the years, and that’s saying something.

Hailed as the answer to spearhead the Red’s attack, Luque was seen as the ideal technician – strong and gifted with the ability to operate in a variety of areas.

Just as they did with Dirk Kuyt, Liverpool went head-to-head with Newcastle for the signature of the Spaniard. Fortunately for the Reds, it was the Dutchman who later filled the attacking third at Anfield, as Luque finally opted for the black and white of Graeme Souness’ Newcastle.

Despite scoring his first goal in the Tyne-Wear derby, Luque would only hit the net three times in all competitions throughout his 21 games in a Newcastle shirt, and made a move to Ajax shortly after.

Another transfer window, another striker eyed up. This time Clint Dempsey took centre stage, in a transfer many thought would happen due to the American connections of Fenway Sports Group.

After a solid season for Fulham, with some eye-catching goals and determination-laden performances, Dempsey looked like a ready made, reasonably priced, Liverpool success waiting to happen.

Cue the familiar arrival of Tottenham Hotspurs, like a perfectly polished pantomime routine.

The North London club were prepared to do battle with Liverpool once more, and proved the more willing of the two clubs to wield the cheque book.

Driving the transfer down to the very death of deadline day, Dempsey emerged wearing the white of Spurs – and a rather ambiguous selection of the number 2 shirt.

With Spurs appearing to have beaten Liverpool to the transfer by mere pennies, many Reds’ fans expressed their anger towards the club failing to bring in a clearly proven Premier League finisher.

After signing a three year contract with André Villas-Boas’ men in August 2012, a short period of twelve months – with 29 games and seven goals – would see Dempsey again move on to pastures new, back to his native USA.

Another one for Daniel Levy to chalk down as a ‘not quite’, and another bullet which the Reds thankfully dodged.

The shining light of the Manchester City side of 2008/09, Stephen Ireland rightfully reaped plaudits from all over the footballing landscape, after performing exceptionally in a side with a growing influx of high-budget names.

A proud product of the City academy, Ireland’s composure and craftsmanship in the centre of the park had some of the big hitters in world football eagerly scribbling notes.

Keen to add to their midfield ranks, following the sale of Momo Sissoko to Juventus, the Reds earmarked Ireland as a ready made cog to fit into the Merseyside machine.

For all the hype, it appears no contact was ever made between the two camps, and Ireland continued to ply his trade in Manchester before sealing a move to Aston Villa, in part exchange for James Milner.

The upwards trajectory many envisioned of the attacking midfielder simply failed to materialise and, after just one goal in 47 games for the Villans, Ireland tasted loan spells at Newcastle and Stoke City before eventually completing an underwhelming free transfer to the Potters in January 2014.

The tall French striker was widely tracked after a series of eye-catching performances in his homeland for Bordeaux.

Arsenal, Liverpool and West Ham were said to be the frontrunners for the then mercurial striker’s signature.

Strong in the air, a graceful touch and pace to burn – it was understandable why fans were dismayed when the attacker opted for the red side of London.

What has unfolded since has been nothing short of a comedy show, with Chamakh regularly making the top ten in lists documenting the Gunners’ worst ever signings.

The Arsenal number 29’s career seemed to dissolve as quickly as ever questionable hairline, and following a dismal loan spell with once suitors West Ham United, Chamakh sealed his permanent exit from the club by joining Crystal Palace in 2013. [td_ad_box spot_id=“custom_ad_3″]

After bursting onto the scene with Feyenoord, it took the status and financial muscle of Real Madrid to flex its superiority and ward of all other admirers for the Dutch wing-back.

Professionals and pundits alike lauded Drenthe’s ability to join the attack at a formidable pace with quick feet, proving a fantastic outlet on the wing.

As the diminutive Dutchman’s career began to stall at Madrid – starved of first team appearances – Liverpool were repeatedly linked as the knight in shining armour, set to swoop in and bring the wideman to England.

The move never materialised, much to the retrospective relief of many a kopite. Drenthe’s stop-start Madrid chapter ended with a total of two goals in 42 appearances.

The Dutchman did finally call Merseyside his home however in 2011, yet thankfully he graced the turf of Goodison Park in a one year loan deal – to no avail.