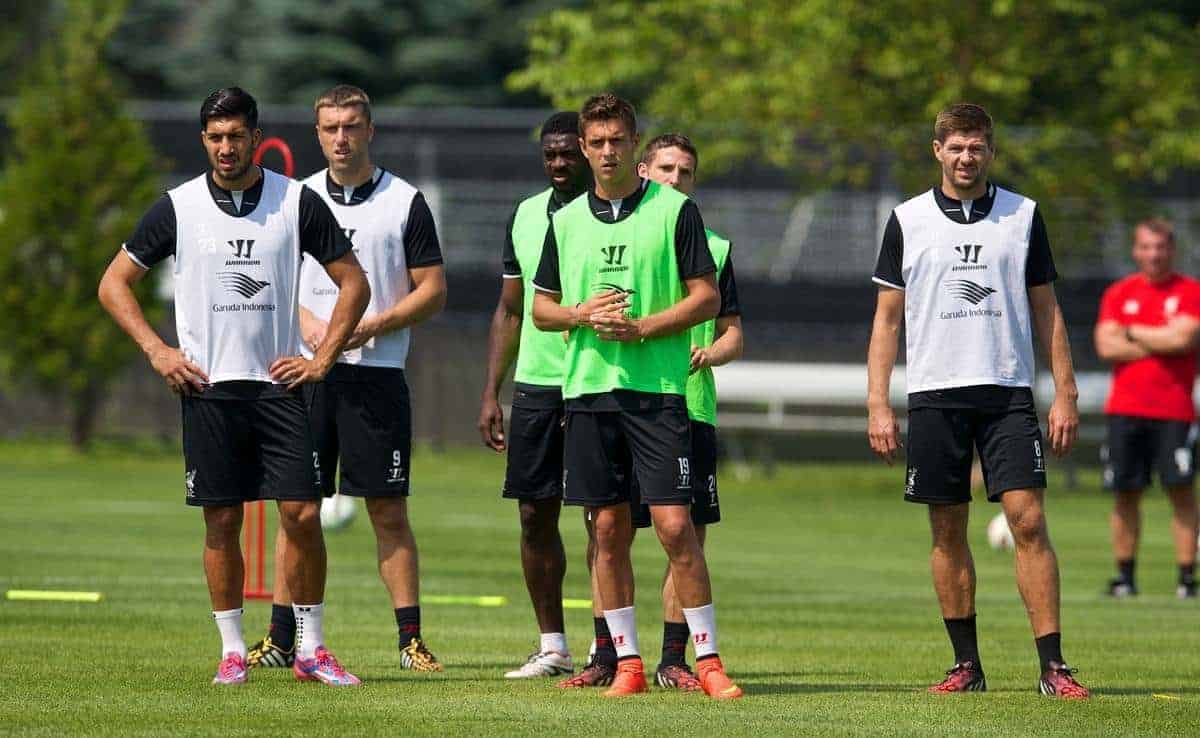 Emre Can will take over from Steven Gerrard in Liverpool’s midfield next season, according to Germany under-21 coach Horst Hrubesch.

The 21-year-old, signed from Bayer Leverkusen last summer for £10 million, has been earmarked to step into Gerrard’s role in the engine room of Liverpool’s midfield.

“I’ve just been to Liverpool, there we were told that Emre will soon assume Gerrard’s role in midfield,” explained Hrubesch.

The German was one of the few signings from last summer to impress on his debut campaign at the club, starting 34 games – most in an unfamiliar centre-back role.

Now it looks like he will step up to his more natural role in midfield next season, alongside Jordan Henderson and new signing James Milner – who has reportedly been promised a central role at Anfield.

Can himself is quoted today, saying: “At the moment I am content, but I’ll be playing my best position soon, which is central midfield. The coach knows about it and sees it the same way I do.” Speaking of replacing Gerrard, Can said:

“It would be great if I could have such a career, but I want to follow my own path.

“It is funny, my whole childhood I’ve been following Steven Gerrard’s career at Liverpool and then such a legend is standing next to you and talks to you like a normal person. He is a real quiet, down-to-earth guy and a role model for all of us.”

Can is on international duty with Germany under-21s at the U21 European Championships in Czech Republic. They face Serbia in their first game on Wednesday evening.

SEE ALSO: 10 players to watch out for at the Euro Under-21s