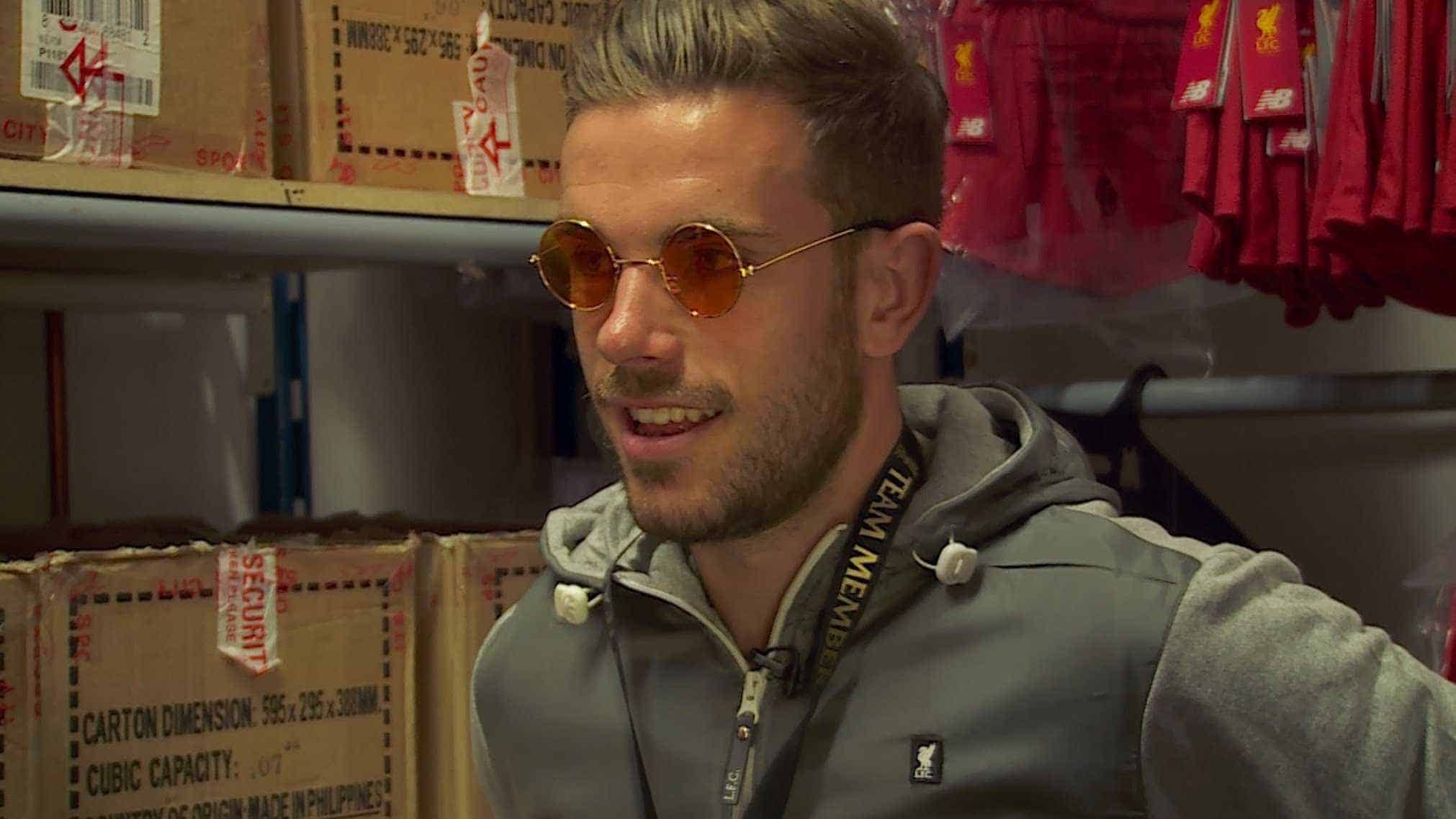 Highlights in the video include Lucas telling Henderson “unlucky” after a fan turns down a special offer on a Henderson shirt.

Lucas then tells an Everton fan to leave the shop due to his Evertonian bag. “He’s fewmin” says Lucas to Henderson.