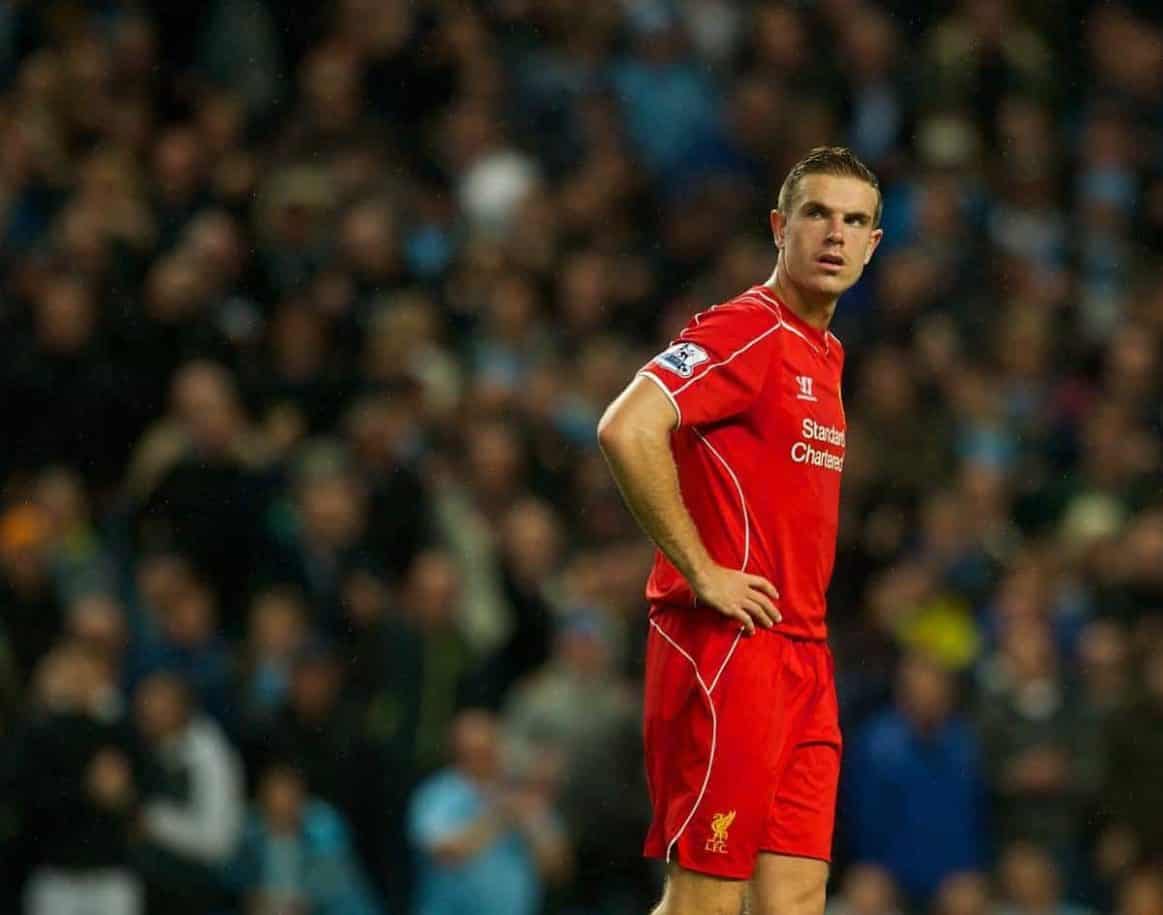 It’s four years to the day since Liverpool signed Jordan Henderson from Sunderland, and we take a look at his 10 most memorable Reds career moments to date.

It was 9th June 2011 when Liverpool brought Henderson to Anfield from boyhood club Sunderland, but the £16 million the Reds paid for his services raised eyebrows, despite his burgeoning reputation.

Sunderland manager at the time Steve Bruce spoke glowingly of the player prior to his move to the Reds, tipping him to be a future star of the game.

“It would be unfair of me to liken Jordan to [Ryan] Giggsy at this stage, but there are parallels – certainly Jordan is becoming as important to us as Giggsy was in his early days at Old Trafford. Jordan has got a very, very bright future.

“The sky’s the limit for him. Jordan has everything you need from a modern-day player – he has a lovely feel for the ball, but he is also 6″2 already and has terrific energy.”

Jordan Henderson signed for LFC 4 years ago today – we reviewed his 2014/15 season and where he needs to improve: http://t.co/nBHPT1aH00

After a miserable start to life on Merseyside, the 24-year-old has grown and grown by the year, so much so that he is now favourite to replace Steven Gerrard as captain. Anybody who claims they predicted that three or four years ago is lying.

Henderson has enjoyed some great moments in a Liverpool shirt so far, and hopefully many more will come as he approaches his peak years.

As fate would have it, Henderson made his first ever Liverpool appearance against former club Sunderland, as Kenny Dalglish‘s side looked for an opening day victory to start their 2011/12 campaign.

Although the Reds had to settle for a 1-1 draw on the day, it was still a special day for the then 21-year-old Henderson.

It didn’t take Henderson long to register his first ever Liverpool goal, when they faced Bolton Wanderers in just his third Premier League appearance for the club.

The youngster curled home a terrific left-footed effort, setting the Reds on their way to a 3-1 win at Anfield. His passionate celebration is something we have seen plenty of times in the years since.

Just six months into his time on Merseyside, Henderson was already picking up the first piece of silverware of his fledgling career.

Dalglish’s Reds faced Cardiff City in the League Cup final at Wembley in February 2012, on what proved to be a nervy afternoon.

Liverpool eventually prevailed via a penalty shootout, and an overjoyed Henderson had experienced trophy success at Anfield for the first time. It remains his only piece of silverware so far.

Henderson’s first season was extremely disappointing on the whole, and when Brendan Rodgers arrived in the summer of 2012, the Englishman looked to be on his way out of Anfield.

Rodgers told the midfielder he would be allowed to move to Fulham if he so desired, but he decided to stay at Liverpool and fight for his place instead.

In hindsight, Rodgers must be hugely relieved with Henderson’s decision, with the England international performing terrifically ever since.

Henderson’s ever-improving form in 2012/13 culminated in a fantastic individual performance away to Newcastle, on a day when people really started to see what all the fuss was about.

The former Sunderland man was the catalyst behind Newcastle‘s demise, as Rodgers’ men romped to a 6-0 victory at St James’ Park.

Henderson scored twice and laid another goal on a plate for Daniel Sturridge, in what proved to be another very positive day in his amazing turnaround as a Liverpool player.

When Liverpool made the trip to White Hart Lane in December 2013, it was seen as a big test of their top-four credential. A superb Henderson performance helped the Reds to an outstanding 5-0 win.

He then produced a lovely back-heel in the lead-up to Jon Flanagan‘s memorable strike, as Liverpool ran riot in north London. Henderson was a man possessed that day.

The 2013/14 season was a brilliant one for Liverpool, even if it did ultimately end in the disappointment of just missing out on a maiden Premier League title.

It was a thrilling ride from start to finish, and their 4-3 win over Swansea City in February 2014 summed it up perfectly. It was Henderson who proved to be the hero on a nail-biting afternoon at Anfield.

With the likes of Suarez and Gerrard failing hit their usual heights, Henderson produced an influential display from start to finish, scoring twice.

The first was a superbly-taken strike from the edge of the box, while the second, the winner, saw him show great commitment to finish from close-range. It epitomised what a key man he had become by this point. [td_ad_box spot_id=“custom_ad_3″]

More than just a runner

Something that is lazily aimed at Henderson by his critics is that he is nothing more than a box-to-box engine with limited ability.

This is a completely unfair generalisation- just look at his assist count last season- and he showed this in the early weeks of 2014/15.

Henderson’s majestic through-ball to Sterling allowed the 20-year-old to score Liverpool’s first goal of the season at home to Southampton, before setting his England teammate up with an inch-perfect cross against Tottenham a week later too.

Numerous assists have come since, putting to bed the notion that he ‘can’t pass’.

In September 2014, Rodgers announced that Henderson would be his new vice-captain, in what was the clearest evidence yet that he was seen as the natural successor to Gerrard as skipper.

It was arguably the proudest day of the 24-year-old’s Liverpool career so far, and with Gerrard missing chunks of 2014/15 through injury, Henderson has already led his side out on numerous occasions.

He first captained the side at home to Stoke City last November, with Glen Johnson’s late goal earning the Reds a gritty 1-0 victory.

If anyone had any doubts that Henderson was ready to step up and help fill the void left by the legendary Gerrard, his performances against Man City and Burnley earlier this year showed that he will go a long way to doing so.

His magnificent effort against City set Liverpool on their way to a hugely important 2-1 win at Anfield in March. It was arguably his best goal in a Reds shirt, if not of his entire career.

Three days later he once again produced a virtuoso performance from the heart of midfield, thundering home a first-half strike not dissimilar to Gerrard’s against Olympiakos in 2004.

In two crucial, tight matches, it was Henderson who stood up to the plate and made the difference.