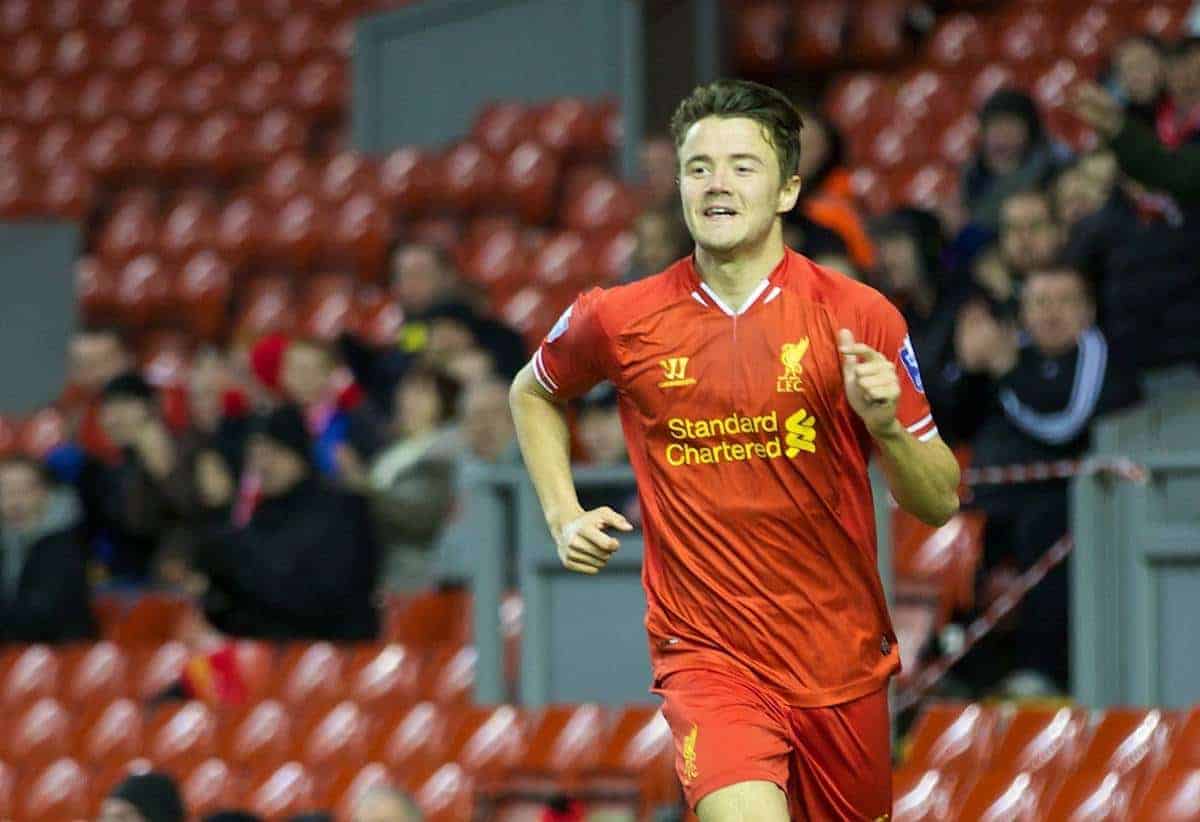 20-year-old midfielder Lussey (pictured above) joined Bolton on loan at the end of March but failed to make an appearance for the Championship side. He travelled with the Reds’ squad to Besiktas in the Europa League earlier this year, as close as he got to the first-team.

Versatile American Pelosi, also 20, (below) was reportedly on the verge of call-up to the first-team before he suffered a broken leg in February 2013.

He can play at left-back, left-midfield or centre-midfield, and was called up to the USA’s national squad in January.

Speaking in January, Pelosi said: “They’re [Liverpool] a big club, so they’re always going to sign players — you know that going there. But they believe in their youth, because there’s always young guys making their debuts.

“I think it’s possible [to break into the team], so I’m going to just do my best and hope for the best.”

Liverpool signed Pelosi in 2011 after he impressed at the under-17 World Cup.

Under-21 players Brad Smith and Danny Ward have been offered new deals.

Johnson has been linked with a move to Benfica.

Big thankyou to everyone for their kind messages. I loved every minute of my 13 years at @LFC. I'm looking forward to the future.

Best of luck to Jordan and Marc in finding new clubs.