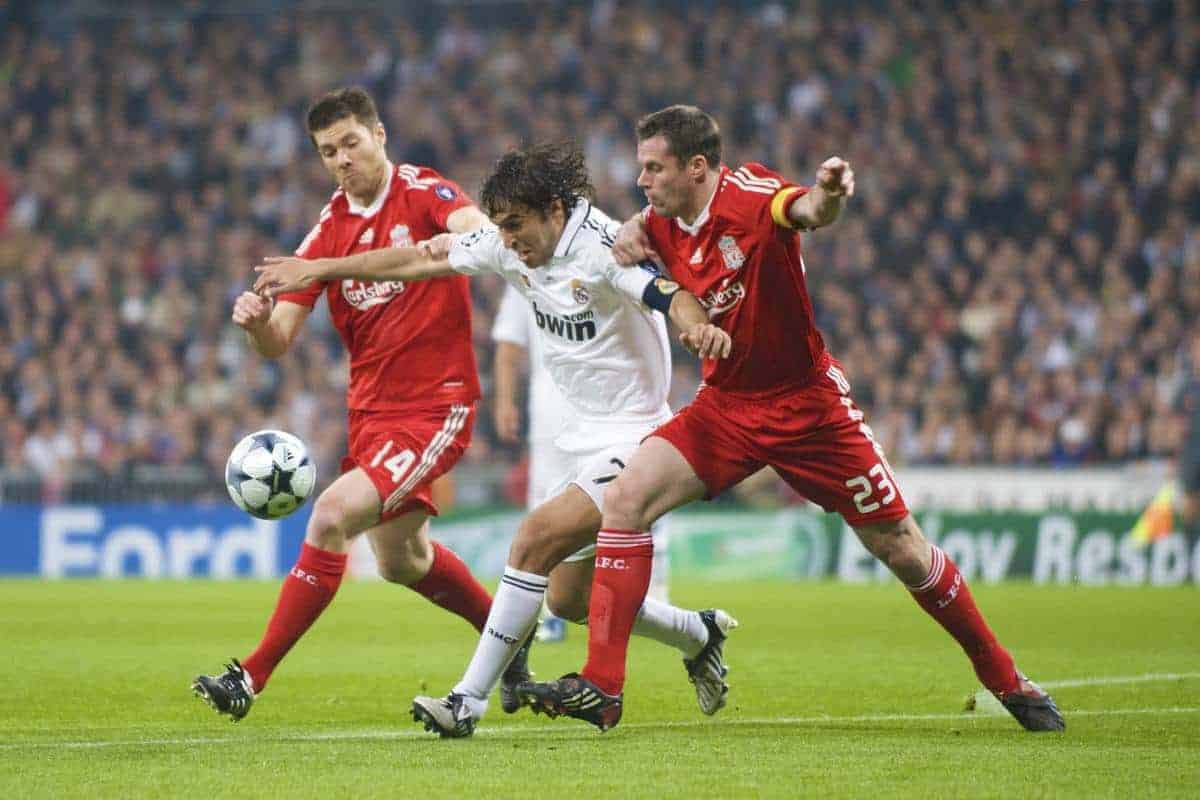 Madrid welcomes Merseyside to the Santiago Bernabeu on Sunday night, with a Real Madrid legends side facing up to their Liverpool counterparts for charity. All proceeds from the game will go towards the Real Madrid Foundation, with the Reds’ charity partnerships benefiting from the reverse fixture, which will take place at Anfield in the future.

The game is live on LFCTV and LFCTV GO, and will kick off at 5pm.

Former vice-captain and long-serving centre-back Jamie Carragher will make his legends debut in this clash, and spoke of his exciting at playing at the Bernabeu once more.

“It’s nice to be involved in a baptism of fire for the first one – away in Madrid! It’s great to get the boots back on again and we want to do ourselves justice,” the 37-year-old said.

“Hopefully, all will go well and we’ll get the right result.”

Michael Owen, Steve McManaman and Jerzy Dudek will all turn out for the Reds against their former La Liga employers, and Owen saved some warm words for Liverpool, despite his now-grim reputation with Merseyside supporters.

“It’s always great to put on the red shirt,” he said. “I’ve said many times before I still associate myself [with Liverpool], when I look back.

“If someone asked me to name one team that I played for throughout my career, I see myself as a Liverpool player.”

Both Owen and Carragher named Zidane as their most-feared player going into the game.