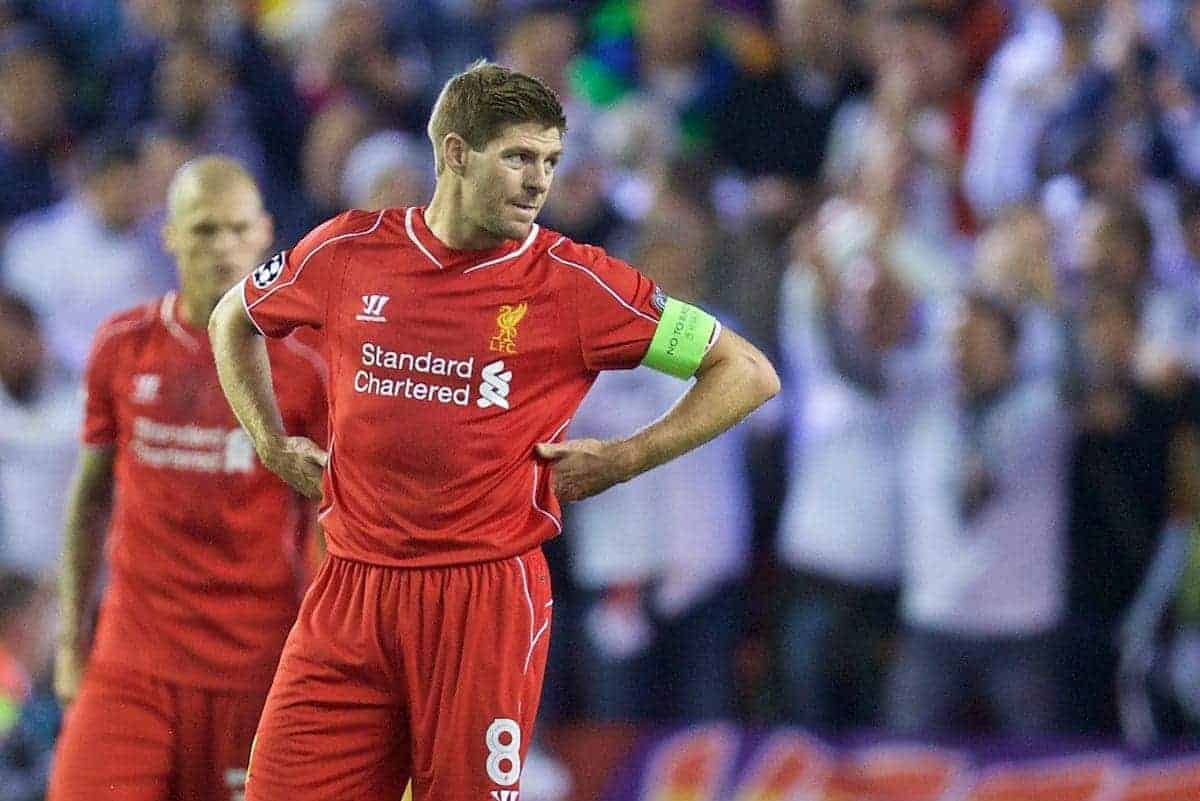 Departing Liverpool captain Steven Gerrard has pin-pointed his omission against Real Madrid in the Champions League as the moment he decided it was time to leave. The 35-year-old had already been told by boss Brendan Rodgers his game-time would be managed but the midfielder was desperate to play against the defending European champions at the Bernabeu.

However, he had to settle for a 21-minute substitute appearance and it was the pivotal moment in ending his 27-year association with the club.

“It was Real Madrid and I wanted to play,” he said in an interview with BT Sport.

“When I was told I wasn’t playing for the sake of the team, because of my relationship with Brendan I took it and I accepted it.

“But I sat on that bench devastated because I wanted to play. It pushed me into making a decision to move on and try something different.”

That turned out to be a new challenge with Los Angeles Galaxy in Major League Soccer, which starts this summer, despite the offer of a contract extension coming from Liverpool – albeit too late to change his mind.

Gerrard won every major honour with the Reds except the league title and their near miss two seasons ago and the part he played in it still hangs heavy in his heart.

His stumble, which spawned a chant for rival fans, helped Chelsea on the way to a 2-0 win at Anfield which derailed their championship run.

“The slip happened at a bad time, it was cruel for me personally,” he added.

“There’s not a day that goes by that I don’t think about if that hadn’t happened. Would things have been different? Would it have turned out different? Maybe, I don’t know.

“You’ve got to be thick-skinned and take a bit of criticism along the way. I’m not scared of any criticism or cruelty.

“I understand it and the impact it had it kills me, don’t get me wrong. Inside it kills me and it will do for a long time.

“I think to myself ‘If I’d have got that league, it would have been the icing on the cake’.

“But what helps me with it is that I’ve got the cake. I’ve achieved a lot of dreams with a team that has never been the favourite.

“I’ve got memories – good memories – that will live with me forever but that one moment will always hurt me until the day I go because if I’d have got that moment, I’d have achieved every dream with Liverpool.”