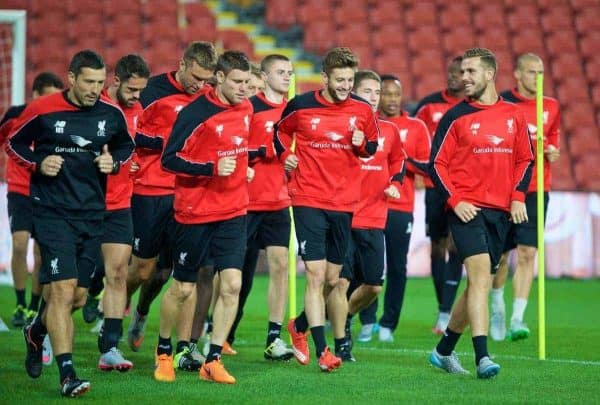 After kicking off pre-season with an experimental lineup in Bangkok, Brendan Rodgers has selected a very strong Liverpool side to take on Brisbane Roar.

While Reds manager Brendan Rodgers selected two different lineups—one for each half—as his side took on the True Thai All Stars for their first pre-season clash, he now seems to be refining his tactical outlook with a strong starting XI.

Henderson comes in to captain the side from the start, while new signing Danny Ings looks set to take up a role in attack alongside Ings.

Second-half goalscorer from Bangkok Adam Lallana starts, and could play No. 10 in a 4-4-2 diamond in Brisbane.

Kick-off is at 9:45am (BST), follow This is Anfield for live updates throughout the day.