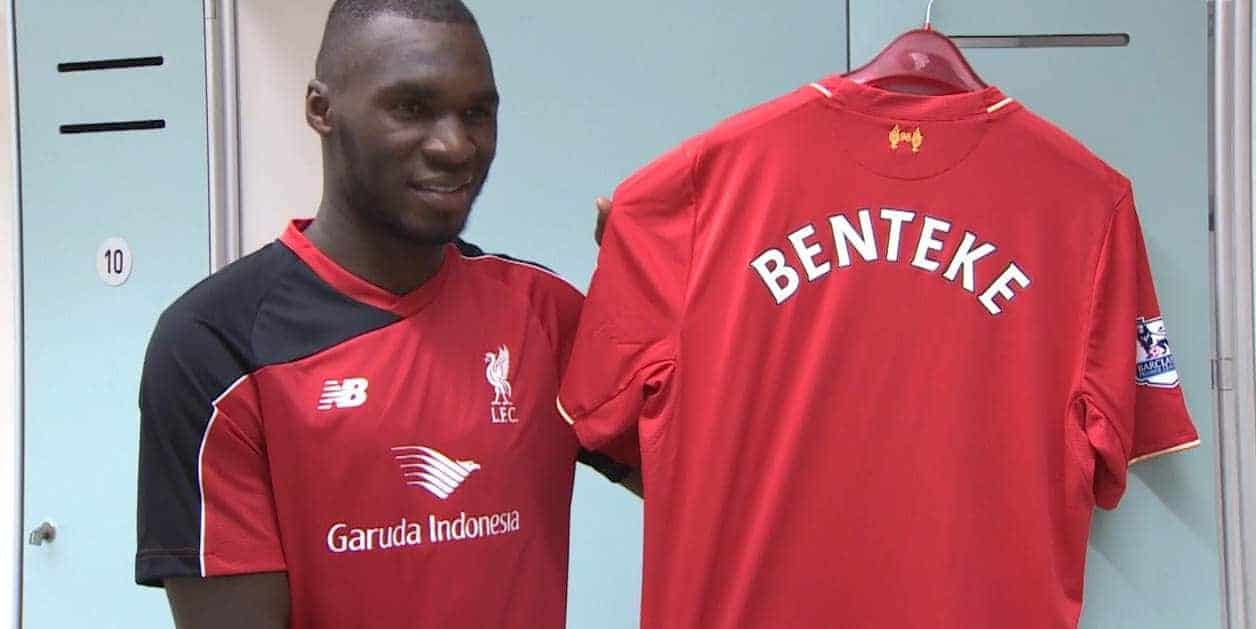 After Christian Benteke’s arrival was confirmed, we pick three players who will benefit from his arrival at Liverpool.

One of this summer’s longest running transfer sagas finally came to an end on Wednesday with Liverpool confirming the arrival of Benteke from Aston Villa.

The 24-year-old Belgium international’s arrival on Merseyside has not been met with resounding joy – partly due to the fee and partly due to questions over his suitability – but there are still reasons for positivity.

Benteke has scored 49 goals in just 100 appearances for the Midlands club- a terrific return for someone at a struggling Premier League side- and he will bring something different to Liverpool’s attack.

On top of that, there are some Reds players who may well thrive alongside Benteke in 2015/16 and beyond, upping their own game in the process. The signing of Roberto Firmino helped bring so much positivity back to the club, following the disastrous end to the 2014/15 campaign, and the Brazilian is someone who could strike up a fruitful on-pitch relationship with Benteke.

The ex-Hoffenheim hero could benefit greatly from the Belgian’s strong physical presence and ability to bring attacking midfielders into the game, getting on the end of knock-downs and into goalscoring areas at a regular rate.

His scoring record in Germany was impressive, with 49 strikes in 153 matches a terrific return, and his intelligent movement and unselfish style should see him dovetail nicely with Benteke.

As Jack Lusby eludes to, there is no reason why Benteke and Firmino couldn’t work effectively in tandem in a 4-2-3-1 formation, much like Olivier Giroud and Alexis Sanchez did at Arsenal last season.

Benteke simply has to have players in and around him in order to become a success story at Anfield, and Firmino, and to a slightly lesser extent Philippe Coutinho, may well prosper with the burly target man ahead of them.

In a strange sort of way, Daniel Sturridge has almost become something of a forgotten man at Liverpool, mainly because of his dreadful luck with injuries.

The 25-year-old remains arguably the most important player at Liverpool when fit though, and when he returns from hip surgery around October time, he could well prove to be the perfect foil for Benteke.

The Belgium star couldn’t really be more different to Sturridge’s former partner in crime Luis Suarez, but that’s not to say the two won’t flourish alongside one another.

Should Brendan Rodgers decide to opt for the 4-4-2 diamond system that has proved successful in the past, a Benteke-Sturridge strikeforce could prove menacing.

The England international’s clever movement and pace could complement Benteke’s more robust, powerful style, with their respective attributes helping create space for one another.

As stated above, Benteke is at his most destructive with runners around him, and Sturridge would potentially be the player to get the most out of starting alongside him.

The Englishman’s performance alongside Mario Balotelli in a front-two at Tottenham last season looked extremely promising before he picked a long-term injury, and Benteke could be similarly effective beside him.

The purchase of Nathaniel Clyne represents an excellent piece of business by the Reds, who have suffered for so long with the inconsistent, unreliable Glen Johnson at right-back.

The 24-year-old will bring so much to Rodgers’ team, from solid defensive work- only Nemanja Matic made more tackles in the Premier League last season- to eye-catching attacking bursts, and Benteke is someone he may well gain a great amount from playing with.

Clyne’s crossing ability has already been illustrated during his impressive time at Southampton, and Benteke will surely be licking his lips at the thought of the Englishman delivering inch-perfect balls into the box time and time again.

The former Genk star’s aerial presence is arguably his greatest asset- he won an average of 6.5 duels per 90 minutes in the air last season- and it is something Liverpool have lacked greatly in recent times.

Although this potentially more direct style is not usually something Rodgers has championed, it makes no sense signing Benteke unless he is contemplating mixing things up a bit.

The combination of Clyne’s crossing and Benteke’s heading is something that could definitely trouble opponents, and would play to both of their strengths. [td_ad_box spot_id=“custom_ad_3″]

There are plenty of Liverpool supporters who will take some time to be fully convinced by Benteke, and there are elements to his game that are, admittedly, worrying.

Defensively he offers very little in terms of relentless pressing and all-round work-rate, while his ball retention and ability to be caught offside could also prove to be frustrating.

Despite these deficiencies, there can still be no denying that the Villa man is a good footballer with a very impressive goalscoring record.

He will bring a physical edge that has been sorely missed under Rodgers’ tenure, and he is far more mobile and technical than some of his critics are giving him credit for.

The likes of Firmino, Sturridge and Clyne could all enjoy playing alongside him next season, assuming Rodgers utilises them in the correct system, and it could be that by Christmas he has proved to be a revelation.

Sometimes low expectation levels can prove to be a blessing in disguise.