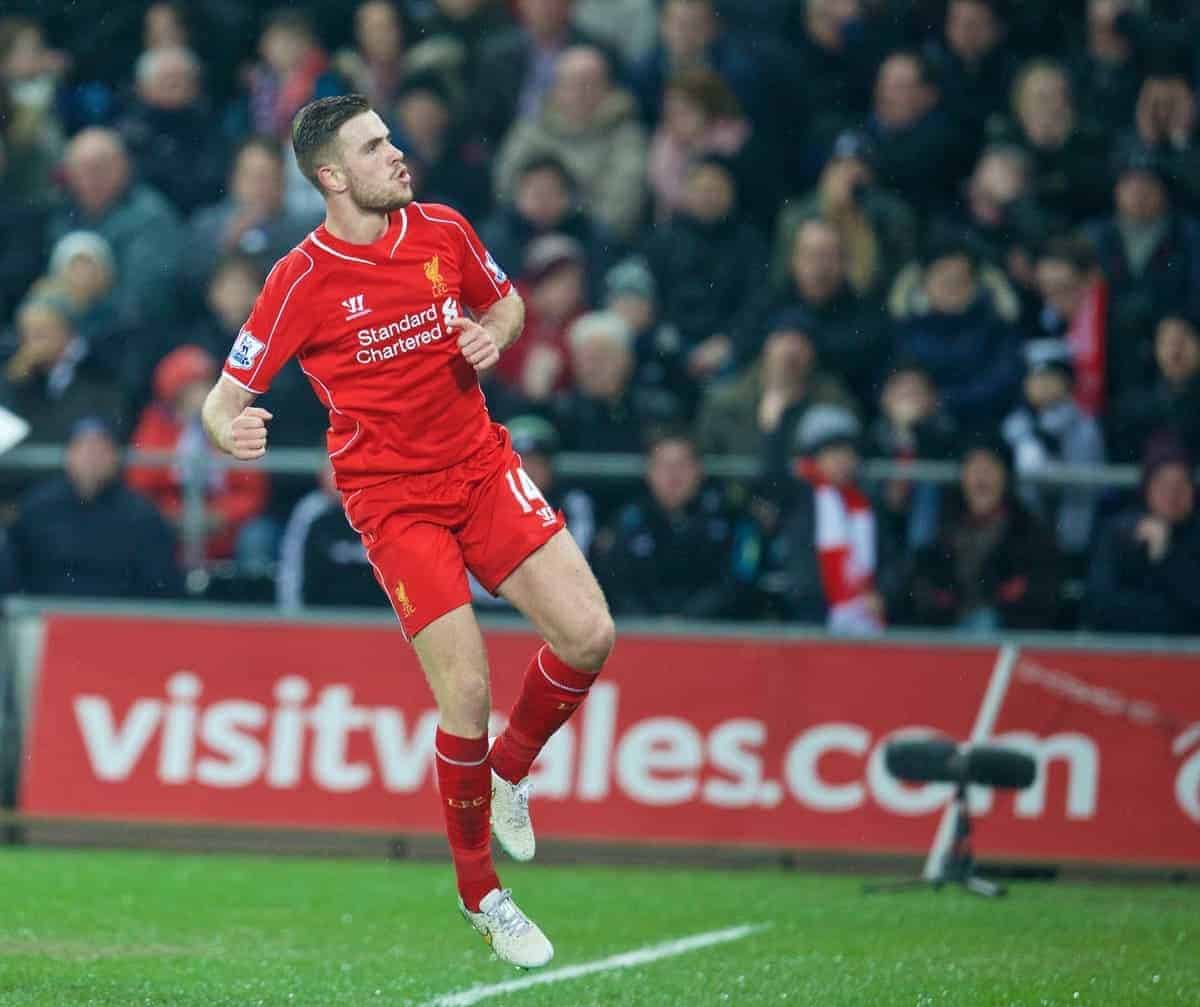 Brendan Rodgers has named midfielder Jordan Henderson his the next Liverpool captain, after the departure of Steven Gerrard. Jordan Henderson is Liverpool’s new captain, with the 25-year-old confirmed as taking over from the departed Steven Gerrard this summer.

With Gerrard moving to LA Galaxy this summer, Henderson was the obvious choice to lead the Reds out for the 2015/16 campaign.

The former Sunderland man captained Rodgers’ side for much of 2014/15, with Gerrard playing a bit-part role as he neared the Anfield exit at 35 years old.

On his appointment, Henderson declared: “I’m absolutely delighted and proud. It is a great honour and a huge privilege to be named as the captain of this football club.

“When Steven [Gerrard] wasn’t in the team last season, I tried to do the best I could when I stepped in and took the armband.

“Now I’ll be looking to carry that on and continue to grow as a captain.

“I’ll look to give my best all of the time, put the team firmly first and try to give them – or help them with – whatever they need from me.”

Rodgers said Henderson would bring his “own style of leadership” to the Reds, after learning from the best.

“Jordan is someone who leads through example – through his actions, attitude and application.

“He shows total commitment to the game and is a role model professional.

“He is also greatly respectful of the great traditions associated with being Liverpool captain and the responsibilities that come with it.

“He has been blessed to learn first-hand from one of the greatest the club has ever had, in Steven Gerrard.

“Jordan has grown as a person and as a player since arriving at Liverpool and is ready to take up this challenge. He will be his own person, with his own style of leadership and his own ideas and methods.”

Henderson concluded by outlining his objectives in the armband: “I’ll carry on from what I was doing last season and I’ll also try to take on more responsibility for the team and my teammates.

“We all have the same goal – and that’s to bring success to this club and our incredible supporters.”