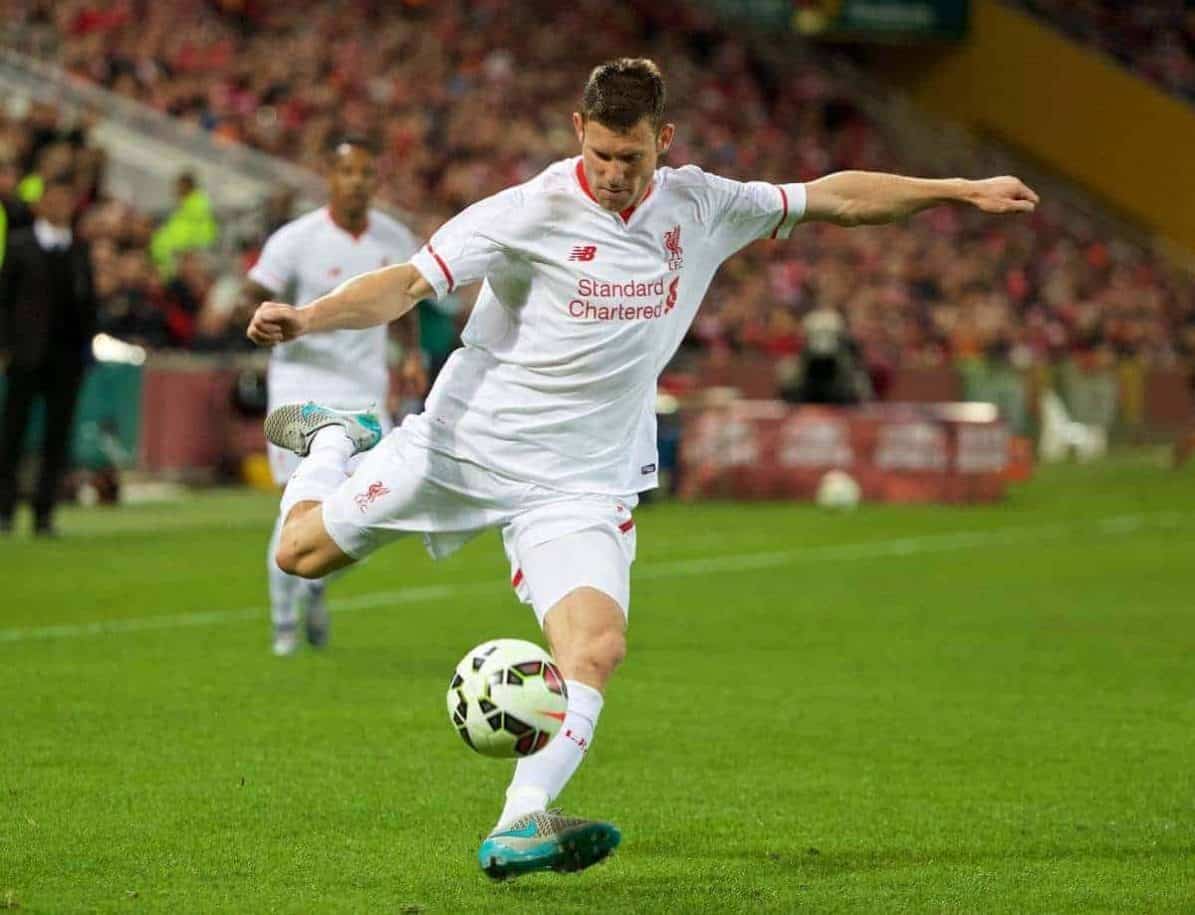 James Milner looks set to become a fans’ favourite at Liverpool — that’s if early signs from his pre-season performances are anything to go by.

Milner scored his first goal for his new club on Friday, netting the winner in the Reds’ 2-1 victory over Brisbane Roar in Australia.

Driving forward towards goal, Milner nutmegged a Brisbane defender on the edge of the box before lifting the ball over goalkeeper Jamie Young.

Earlier Milner had delivered an exquisite ball to Adam Lallana inside the area, who took the ball down before creating space and finishing past Young for Liverpool’s first of the game.

Coupled with a great work rate and ambition for attacking in Friday’s win and Tuesday’s 4-0 victory over True Thai All Stars in Bangkok, the 29-year-old is already earning high praise.

Milner very impressive so far. Works so hard and his distribution is excellent. Relishing the central role Rodgers sold to him. #LFC

Milner was lauded by Brendan Rodgers after the game as the Reds look to their next pre-season friendly against Adelaide United on Monday.

“He and Jordan Henderson could run to Adelaide!” Rodgers exclaimed.

“The work they put into a game, how they press, how they run, but also the quality.

“We wanted more goals from midfield and you see James, that was the idea because when he plays in a central area he can really penetrate the box.

“He got in a number of times, had a couple of shots that went close and then he got his goal.

“He’s a top-class operator and I think playing in this team and at Liverpool he’ll probably shine even more.”

This Is Anfield’s Ben Twelves was equally happy with Milner’s performance in Brisbane:

Alongside Henderson, Milner’s athleticism in midfield kept the Reds on the front foot – his driving runs proving too much to handle for Brisbane – and he got the goal his performance deserved in that exact fashion.

We’ve rounded up opinion on the early glimpses of Milner in a Liverpool shirt from fans on Twitter and the This Is Anfield comments.

Let us know your first impressions of the former Manchester City midfielder on Twitter @thisisanfield or in the comments below.

Great atmosphere and excellent win today. Milner did very well and it looks like a promising season ahead. Still waiting on a few to join.

Milner & Gomez were individually excellent. Promising signs from both players!

Milner has excellent delivery's. Like how attack minded Clyne is.

Wasswa Samuel in the comments:

Milner is going to be a very important signing for us. Class act.

2-1 for the Reds , good workout in Brisbane , Milner excellent !

Engine and distribution on Milner in central midfield#leader#LFC

In my head, I'm like "why Milner," but he'd actually put in some decent performances & ball distribution is pretty good tbf