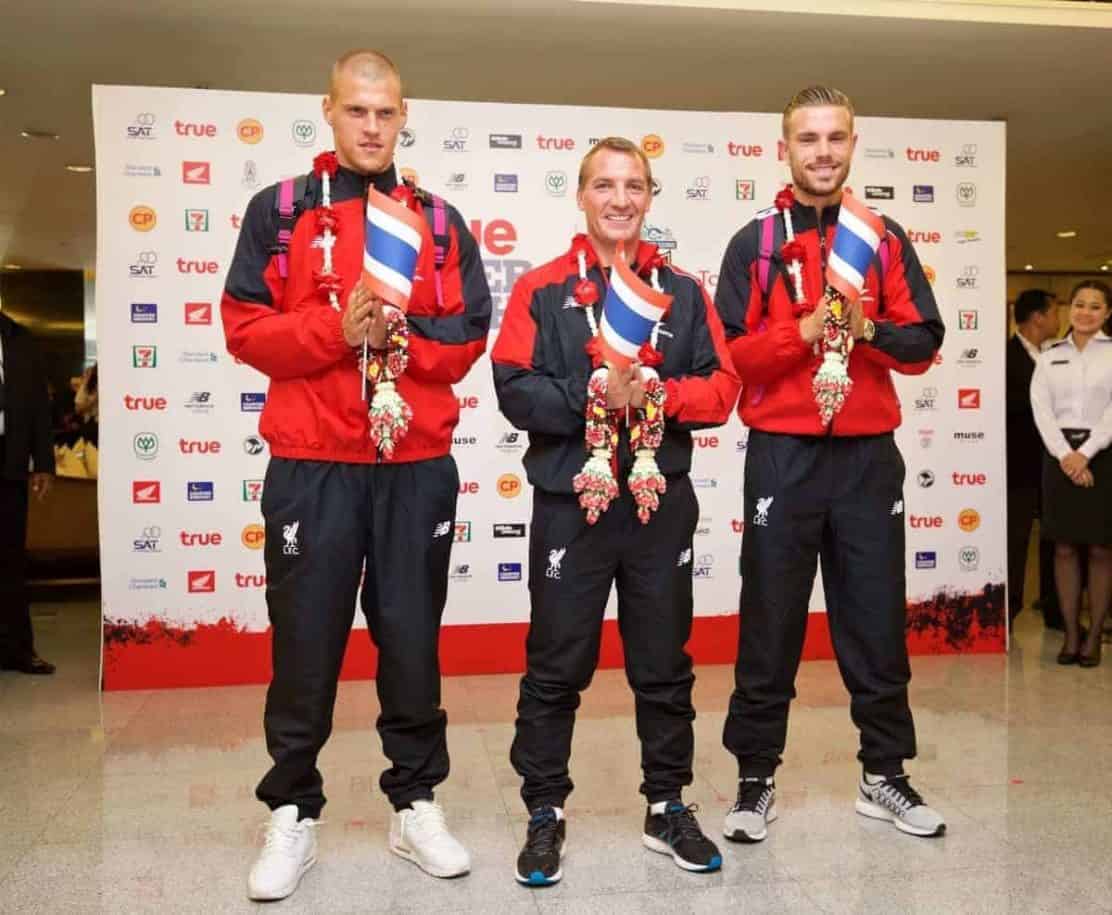 Liverpool have landed in Bangkok on the first leg of their pre-season tour.

The Reds’ squad touched down in the early hours of Monday morning (UK time).

Brendan Rodgers’ side face a Thai ‘True All Stars’ XI on the first of their pre-season games on Tuesday (2pm UK, 8pm local time).

It’s the first visit to Thailand since 2013, when goals from Philippe Coutinho, Iago Aspas and Steven Gerrard provided a comfortable win and rounded off that summer’s tour.

That game two years ago saw Luis Suarez feature for the final half an hour at a time when he was pushing for a move away from Anfield. This year, wantaway forward Raheem Sterling has not travelled with the squad and is instead expected to complete a move to Manchester City early this week after a £49 million fee was agreed on Sunday.

Rodgers has 29 players on the tour, with 10 academy players included – Jose Enrique, Fabio Borini and Mario Balotelli were not included.

After the game on Tuesday, the Reds travel to Brisbane in Australia where they face Brisbane Roar just three days later.