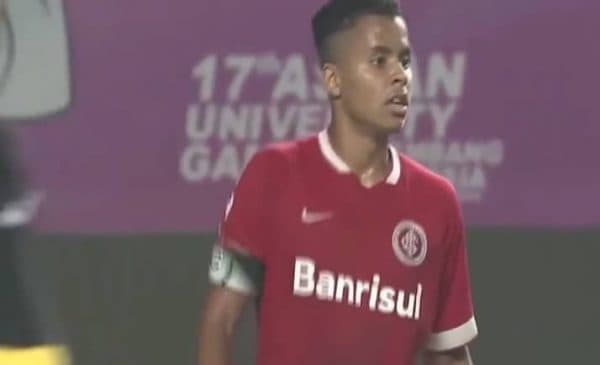 Brazilian midfielder Allan trains at Melwood ahead of Liverpool move

Liverpool are close to completing the signing of highly-rated Brazilian Allan Rodrigues de Souza, according to reports on Wednesday.

The Daily Mail claim that a £500,000 deal for the Internacional midfielder, who trained at Melwood on Tuesday as part of a trial.

The 18-year-old reportedly impressed Liverpool coaches during the Frenz International Cup in Indonesia and Kuala Lumpur in January, starring for Internacional’s Under-18 side on their way to lifting the trophy.

He now looks set to join compatriots Philippe Coutinho and Roberto Firmino at Anfield, as the Reds’ summer of spending continues.

Rodrigues is at his most effective in a central midfield role, using his creative wand of a left foot to great effect, producing incisive passes to his more attack-minded teammates.

Often deployed as a playmaker, the South American could play in a similar area of the pitch to Lucas, dropping deep and receiving the ball from the defence, but has far more natural talent than the 28-year-old.

The report also confirms that Liverpool are giving trials to a couple of Uruguayan teenagers, Juan Manuel Sanabria Agustin Pereira, who both play for Luis Suarez’s former club Nacional.

Should a deal for Rodrigues be struck, he would become Liverpool’s eighth signing of the summer, as their Premier League opener at Stoke City edges ever closer.