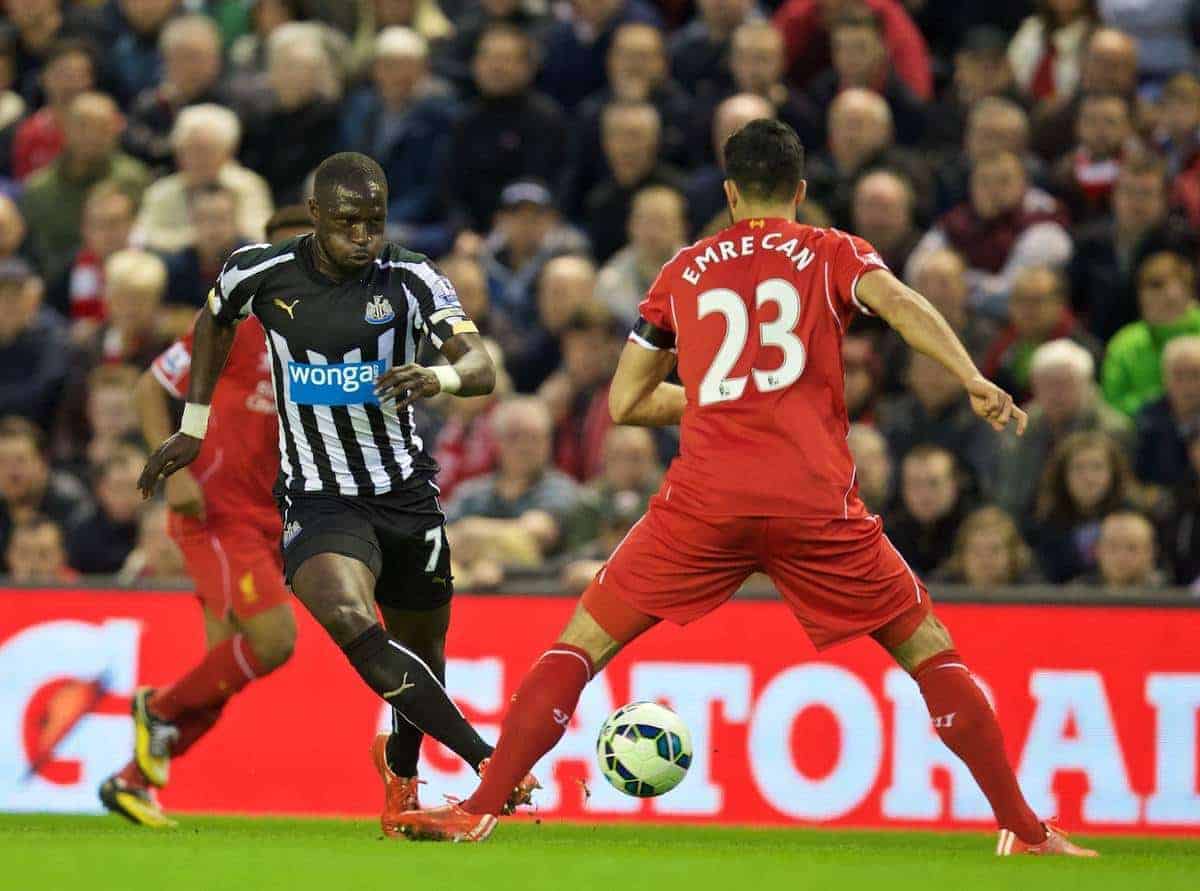 Liverpool’s summer of spending could be set to continue, according to reports in France, with Newcastle United’s Moussa Sissoko linked with a Reds move. Could Moussa Sissoko and Emre Can be lining up in midfield together next season?

That’s what reports in France seem to suggest, with L’Equipe claiming that Liverpool are interested in signing the Newcastle United midfielder this summer.

The Newcastle Chronicle relayed the French publication’s report on Sunday.

“L’Equipe are reporting that Manchester United, Arsenal and the Kop side are keen on Sissoko,” they write.

“They believe that Liverpool are the nearest to winning the race for his signature.”

However, chief reporter Lee Ryder adds: “Newcastle are yet to receive a solid offer for any of their most valuable players.”

Sissoko, 25, has long been angling for a move away from St. James’ Park.

He spoke earlier this summer about his desire to leave for a club that would put him in a good position for a call-up to the French national team ahead of next year’s European Championships.

“With only one year to go until the Euros, you can’t change your club and find yourself on the bench.

“At the same time though, I want to play for one of the biggest clubs and I would especially like to play in the Champions League, something I can’t do at Newcastle.

“One day or another my time will come, I do though see myself staying in England.”

While Liverpool aren’t competing in the Champions League this season, they look set to challenge for a top-four spot after a strong summer of signings so far.

Sissoko, however, would be a questionable signing.

On his day the former Toulouse man can be a devastating box-to-box presence—tenacious in the tackle and strong in driving towards goal—but he is incredibly inconsistent.

He was particularly poor in Newcastle‘s 2-0 loss to Liverpool in April, receiving a red card for a disgusting high tackle on Lucas Leiva.

This may be one worth avoiding.

Should Liverpool target Newcastle United’s Moussa Sissoko this summer? Let us know in the comments below.