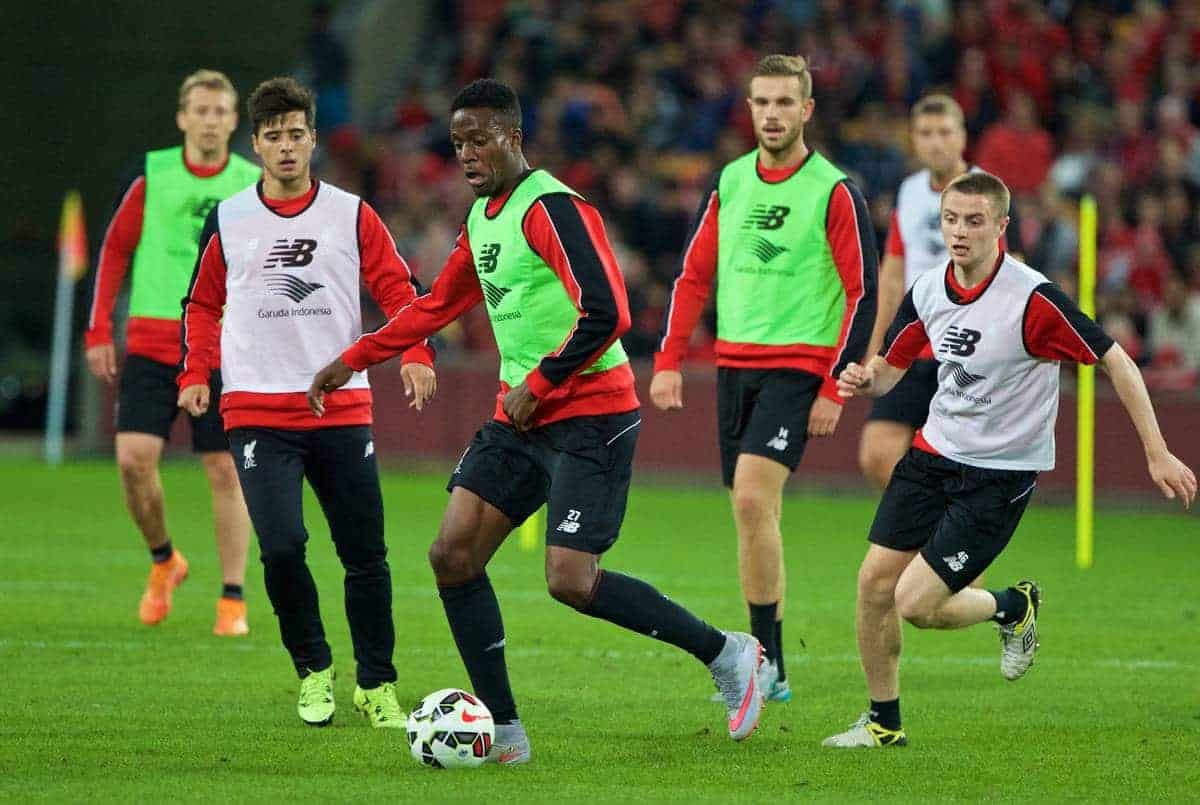 After Brendan Rodgers revealed the possibility of Liverpool fielding an exclusive Europa League XI, Jack Lusby assesses whether this could bring success. Speaking prior to Liverpool’s pre-season clash with Adelaide United, Brendan Rodgers suggested that he could field a rotated side for the Europa League this season.

He told reporters: “No player is guaranteed to play every single game, we aim to do well in all competitions and cope with them all.

“We could have a separate team for the Europa League and it won’t be detrimental. It’s certainly something we’d consider.”

This should be no surprise, given how Liverpool have invested in improving their squad depth this summer—Rodgers should expect his side to be able to compete on several fronts.

But could a second-string Liverpool XI bring Europa League success in 2015/16? While pre-season is not a guaranteed indicator of Rodgers’ thoughts for the season ahead, it is safe to assume that a clutch of regular starters during Liverpool’s warmup tour are guaranteed a first-team place for 2015/16.

Beyond that group, one of Dejan Lovren and Mamadou Sakho will partner Skrtel in defence, with left-back Alberto Moreno rounding off Rodgers’ regular back four.

Missing the tour due to international involvement, Emre Can, Philippe Coutinho and Roberto Firmino will all likely figure in Rodgers’ first-team plans for the season ahead, while new signing Christian Benteke and star striker Daniel Sturridge are guaranteed regular roles.

This leaves a strong second-string group that could be utilised in the Europa League.

Adam Bogdan was brought in from Bolton Wanderers this summer, and would likely take Mignolet’s place in goal, with Andre Wisdom, Kolo Toure, Tiago Ilori, one of Lovren and Sakho and the impressive Joe Gomez also available for a second-choice back line.

Beyond that group, academy stars such as Jordan Rossiter, Joe Maguire, Cameron Brannagan, Pedro Chirivella, Ryan Kent, Sheyi Ojo and Harry Wilson would all be hopeful of a role in the Europa League this season.

This offers Rodgers a strong backup group for this competition, but is this enough for Europa League success? Though all top-level sides strive for the Champions League, the Europa League‘s stock is rising.

Largely, the winners of the Europa League in recent years have treated the competition with respect by fielding first-choice lineups.

Atletico Madrid, for example, stormed to victory in 2011/12, with Radamel Falcao finishing the competition as top goalscorer (12) and Brazilian playmaker Diego registering the most assists (7). The pair also made 34 and 30 La Liga appearances that season respectively.

The season before that, Porto were crowned champions, with Falcao again top goalscorer, notching 17 goals before switching to Atletico that summer.

Falcao, Hulk, Rolando, Silvestre Varela and Fernando amongst others featured regularly in both the Europa League and the Primeira Liga that term.

Unai Emery’s Sevilla are current reigning Europa League champions, with success in the competition in both 2013/14 and 2014/15. Again the likes of Carlos Bacca, Grzegorz Krychowiak and Jose Antonio Reyes featured heavily in both Europe and La Liga.

This seems to be the way forward, and further evidence against Liverpool’s potential approach can be found closer to home.

Under Rafa Benitez, Chelsea won the Europa League for the 2012/13 season, but despite the Spaniard’s penchant for squad rotation, he treated this competition with the utmost respect.

Chelsea‘s only real peripheral star in the Europa League was Victor Moses, who scored four goals for the Blues.

Benitez’s lineup for the final was particularly strong:

That side scraped a 2-1 victory over Benfica, thanks to goals from Torres and Branislav Ivanovic. Benitez needed as close to his close first-choice lineup as possible to succeed.

So on this evidence, can Liverpool afford to approach the Europa League with a second-string side?

Can Liverpool Afford to Approach the Europa League This Way?

As with last season, Rodgers may be cutting his losses this term and primarily focussing on top-four qualification through the Premier League.

But whether this is the right way forward is up for debate.

With Arsenal, Manchester City and Manchester United all strengthening significantly this summer, and Chelsea still standing as the best side in the division, finishing in the top four will be a tall order for the Reds.

Rodgers will need Benteke, Firmino, Coutinho, Milner, Henderson and Sturridge all in top form throughout the season to make this a possibility.

So would approaching the Europa League with a second-string side be the right way forward?

Emery will argue that winning this competition is an easier route to Champions League qualification than through the league—Sevilla came fifth in La Liga in 2014/15.

However, Liverpool’s squad looks to have more quality in depth this summer than that which Emery has had at his disposal over the past two seasons.

Arguably, the same could be said when comparing this Reds side to Benitez’s Chelsea of 2012/13—the likes of Gomez, Lucas, Markovic and Ibe are more effective than Ferreira, Mikel, Benayoun and Marin.

Looking at Tottenham Hotspur’s failure to advance beyond the last 32 of the tournament last season—while largely utilising a rotated lineup—may point to a closer reality for the Reds, though.

Rodgers must decided this summer whether he is to consolidate his position in the league and sacrifice Europa League success like Spurs, or go full-tilt for European glory.

Using a second-string XI will be a considerable risk, but Liverpool do have the quality in their ranks to progress.

Whether they can truly succeed, however, is unlikely.

How should Liverpool approach the Europa League in 2015/16? Let us know in the comments below.