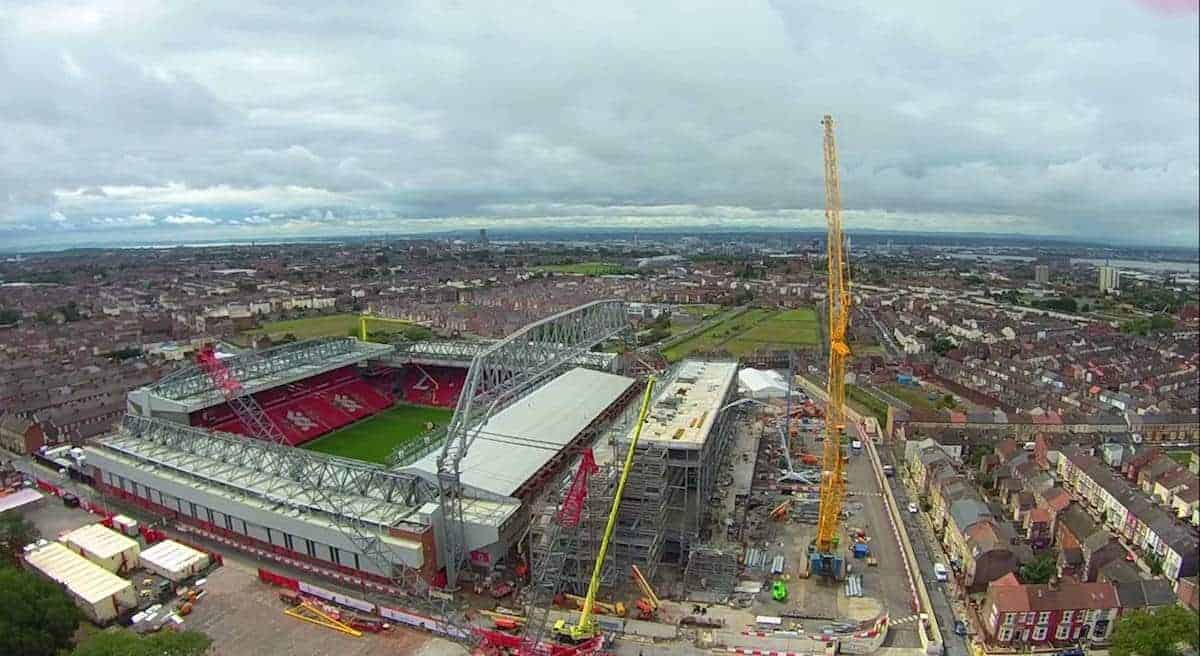 Last week saw a significant milestone in Anfield’s expansion, with the new roof truss put into place on the Main Stand, dominating the area.

This superb drone footage from The Four Squares not only shows the size and scale of the redevelopment, but also provides a superb aerial view across Stanley Park, towards Goodison Park, and across the city itself.

Work to expand the Main Stand, and thus increase Anfield’s capacity to around 54,000 seats, is on schedule to be completed next summer, in time for the 2016/17 season.

After that, the club will further explore the option of expanding the Anfield Road End stand, for which they already have outline planning permission, and therefore increasing the overall capacity to around 59,000 seats.

Anfield’s capacity is not significantly affected by the ongoing work this season, although around the current Main Stand will hold around 500 less spectators due to the work, which will continue above, behind and internally throughout the forthcoming season.