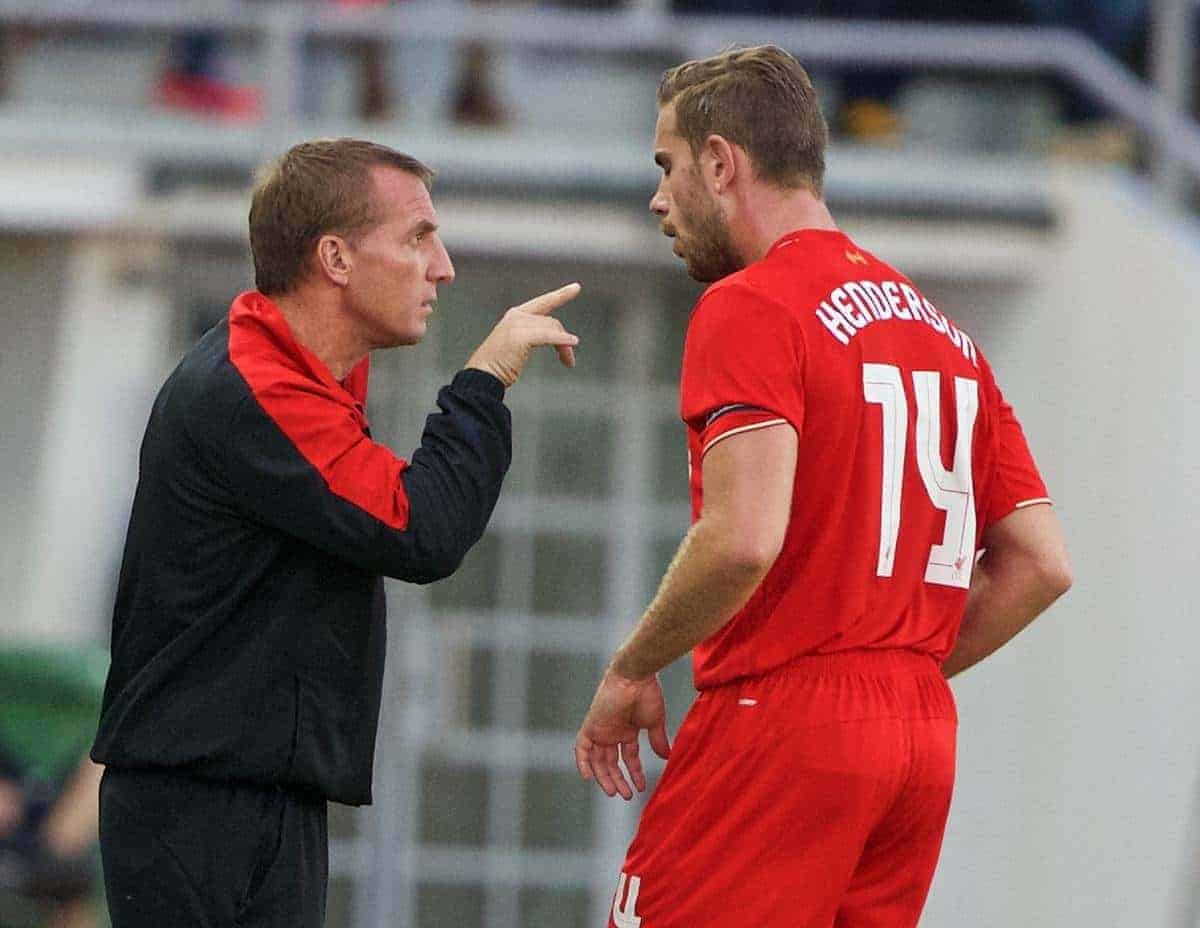 Brendan Rodgers was pleased with his side’s performance as they overcame HJK Helsinki 2-0 in their penultimate pre-season friendly on Saturday, declaring it an “overall good night”.

After a lifeless first half, Liverpool enjoyed long spells of possession in the second, pressing well and finally breaking through the Helsinki defence on 73 minutes.

Divock Origi put away Jordon Ibe’s cross, which had been flicked into his path by James Milner, for Liverpool’s first before Philippe Coutinho‘s deflected shot doubled the lead minutes later.

Good result in Helsinki… Back to liverpool now #lfc ?? pic.twitter.com/b4oi2PKCBE

Rodgers was pleased with his side’s response after the dull opening 45 minutes and was satisfied with the fitness exercise the game brought about.

“I was pleased,” he told LFCTV.

“It was another good workout for us in the last of our pre-season games abroad.”

Liverpool now return to England for their final friendly of the summer against Swindon Town on Sunday (4pm UK), and Rodgers feels with a bit more work his side will be ready for Stoke City in the Premier League next Sunday (9 August).

“Considering all the traveling around the world they’ve been through, the players are in good condition,” he added.

“We still have another week’s good work to do but we’re really focussing on that after the Swindon game.”