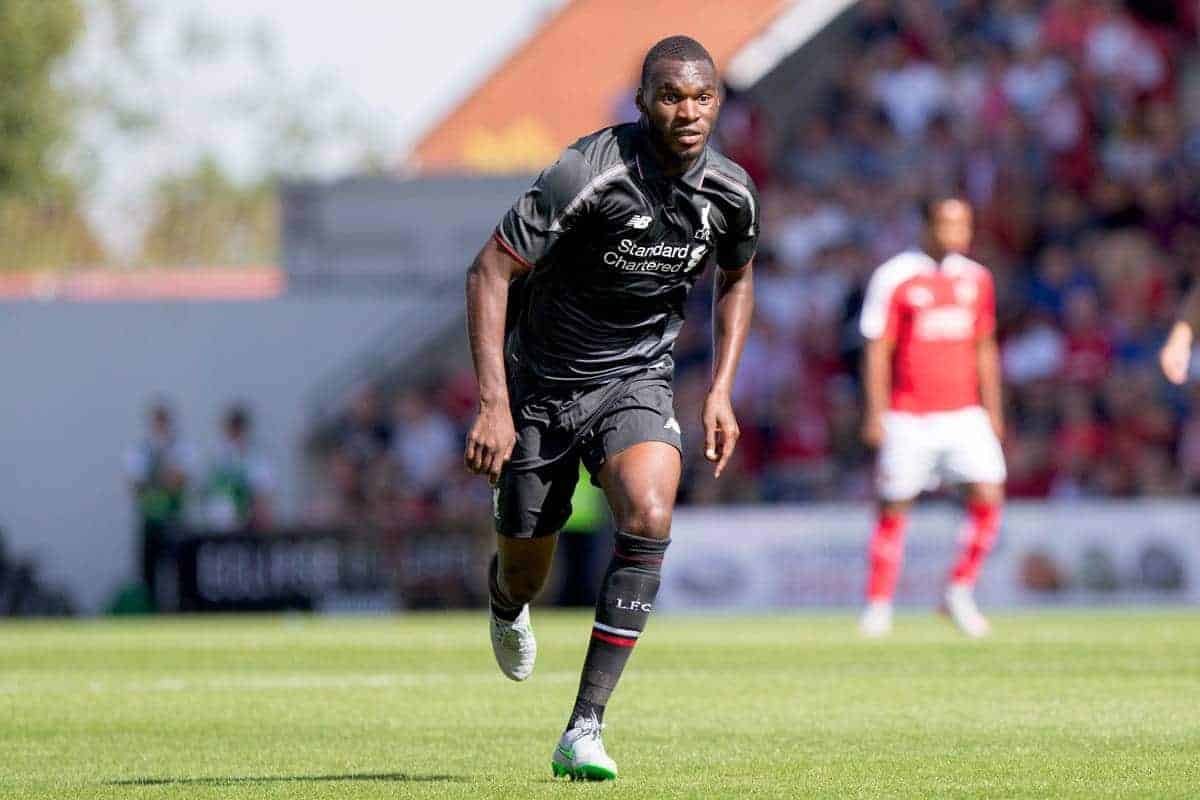 Four Liverpool players make their full debuts for the club in the Reds’ opening game of the season against Stoke City at the Britannia Stadium (4pm kick off).

Click here for our live blog coverage of the game

Christian Benteke, Nathaniel Clyne, James Milner and Joe Gomez are named in the Liverpool lineup, as Brendan Rodgers’ side seek to avenge the humiliating 6-1 defeat suffered on their last Premier League outing at the same stadium just 77 days ago.

Benteke starts up front, assisted by Jordon Ibe and Adam Lallana, with Philippe Coutinho behind.

Milner is alongside Jordan Henderson in midfield.

Dejan Lovren gets the nod to start alongside Martin Skrtel ahead of Mamadou Sakho. Gomez and Clyne are left and right-back respectively.

There’s no place on the bench for Sakho either, we understand this is because he missed much of the week’s training after his wife gave birth.

It’s not completely clear if the formation is 4231 with Henderson and Milner as the two, or 433 with Coutinho joining the duo in midfield.

New signings Danny Ings and Roberto Firmino are among the subs.

Did you know: This is the first time in Premier League history that the same fixture has been played in succession.

Click here for our live blog coverage of the game