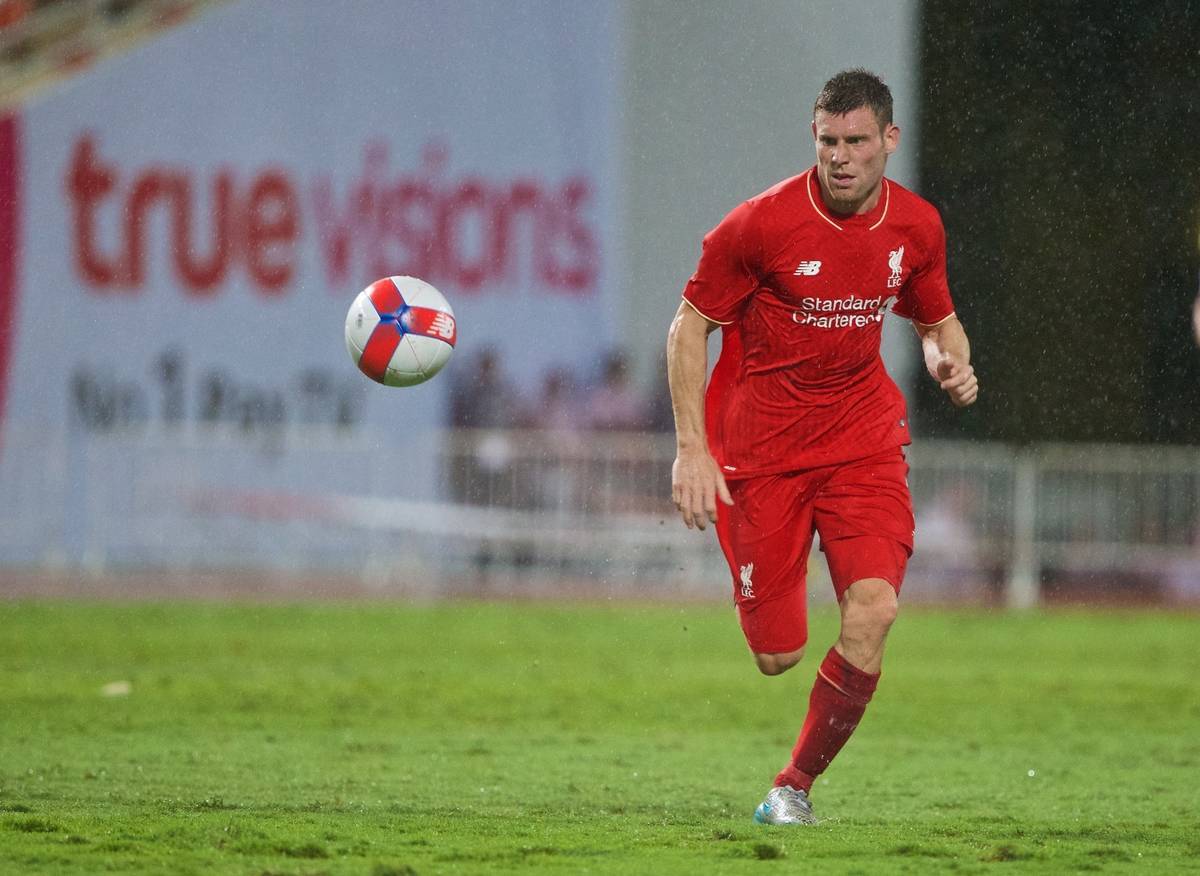 Rodgers, speaking at his pre-match press conference ahead of Sunday’s Premier League opener at Stoke City, praised the new signing and spoke highly of his character and professionalism.

“James is someone I’d admired for a long time. He gives everything. He’s a big character,” said Rodgers.

The boss said he believes the 29-year-old will be a perfect deputy for new captain Jordan Henderson, who took on the armband after Steven Gerrard’s departure.

Earlier this summer, Milner explained his move to Anfield and the lure of playing a central role at the club.

“This move was a selfish move for me,” explained Milner. “Obviously playing at City and playing in different positions – the team will always come first, that’s the way I believe it should be, no matter where you are.

“But I think the move to come to Liverpool and take that mantle on myself was more of a selfish move and hopefully I can do well and contribute to success at Liverpool.

“I’d like to think you will see the best of me now I am in the central role.”

We’ll have more from Rodgers’ first press conference of 2015/16 later.