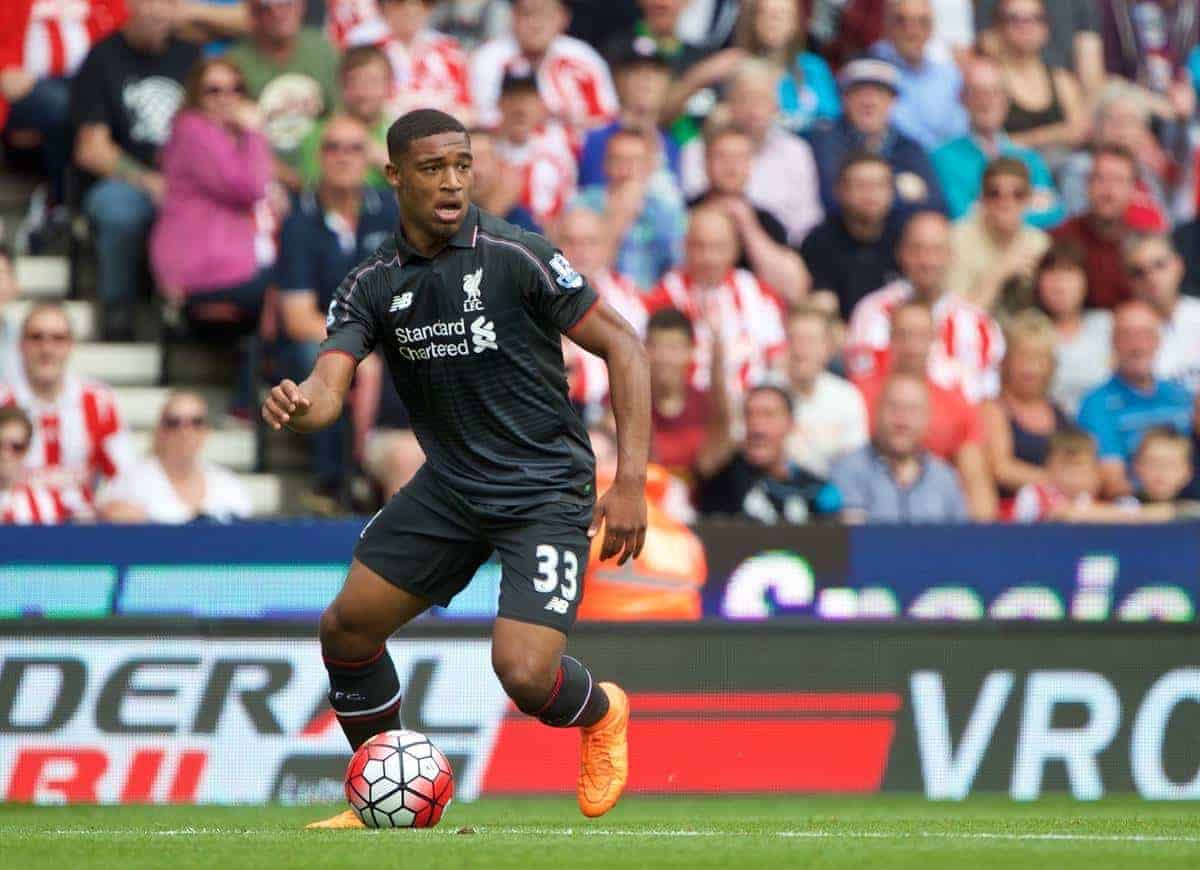 Liverpool winger Jordon Ibe has offered a frank assessment of his start to 2015/16, targeting more goals and assists from his wing role. Jordon Ibe has started both of Liverpool’s Premier League games so far this season, but despite contributing to two strong victories the 19-year-old says there is much more to come.

Ibe has enjoyed mixed success on either wing as the Reds defeated Stoke City and AFC Bournemouth, but says “there is a lot of stuff I need to work on.”

“I think I can play much better than I have done in the two games so far, especially with attacking the full-back,” he said.

“But with more games, hopefully I will get more confidence and be better in the coming games.

“There is a lot of stuff I need to work on. I need to be chipping in with goals and assists.

“There’s a lot of competition here and everyone wants to start. You can just see that eagerness in training.

“The gaffer gives a chance to everyone.

“If you prove yourself in training you will get a chance to play whether you are a senior player or an 18 or 19-year-old boy like myself and Joe Gomez.”

At such a young age, Ibe has assumed an important role in Brendan Rodgers’ first team, and summer sessions at the club’s Kirkby academy facility will have endeared the former Wycombe Wanderers youth to his manager.

Ibe was joined by Liverpool legend Kenny Dalglish, who gave him some vital tips.

“The first day I came in, it was just me and Alex [Inglethorpe]. Then the second day he brought in Kenny Dalglish. It was a surprise for me to be fair.

“I’d seen clips of Kenny on YouTube and when they show the legends on LFCTV. “It was great to get advice from someone of his status because he scored all types of goals in his career.

“We worked on shooting and crossing and getting in the areas where the ball might be when the opposite winger is crossing it.

“I just need to continue doing it.

“Kenny told me to be always positive – taking shots from all around the box and making sure I always get into the box when I haven’t got the ball.

“The fact I haven’t scored my first goal for Liverpool definitely gets on my nerves at times.

“I might put too much pressure on myself but hopefully it will come in due time.”

Ibe will likely be given the chance to get on the scoresheet against Arsenal on Monday night, and possibly lining up against fellow youngster Hector Bellerin he will be given a tough time on the wing for Liverpool.

However, Bellerin feels the Reds will represent a test of the Gunners’ credentials.

“They have signed some good players, it is going to be a totally different game and we are excited,” he told Sky Sports.

Ibe didn’t feature in either of Liverpool’s clashes with Arsenal in 2014/15, and Rodgers will be hoping his young attacking star can be difference in an all-important early top-four clash.