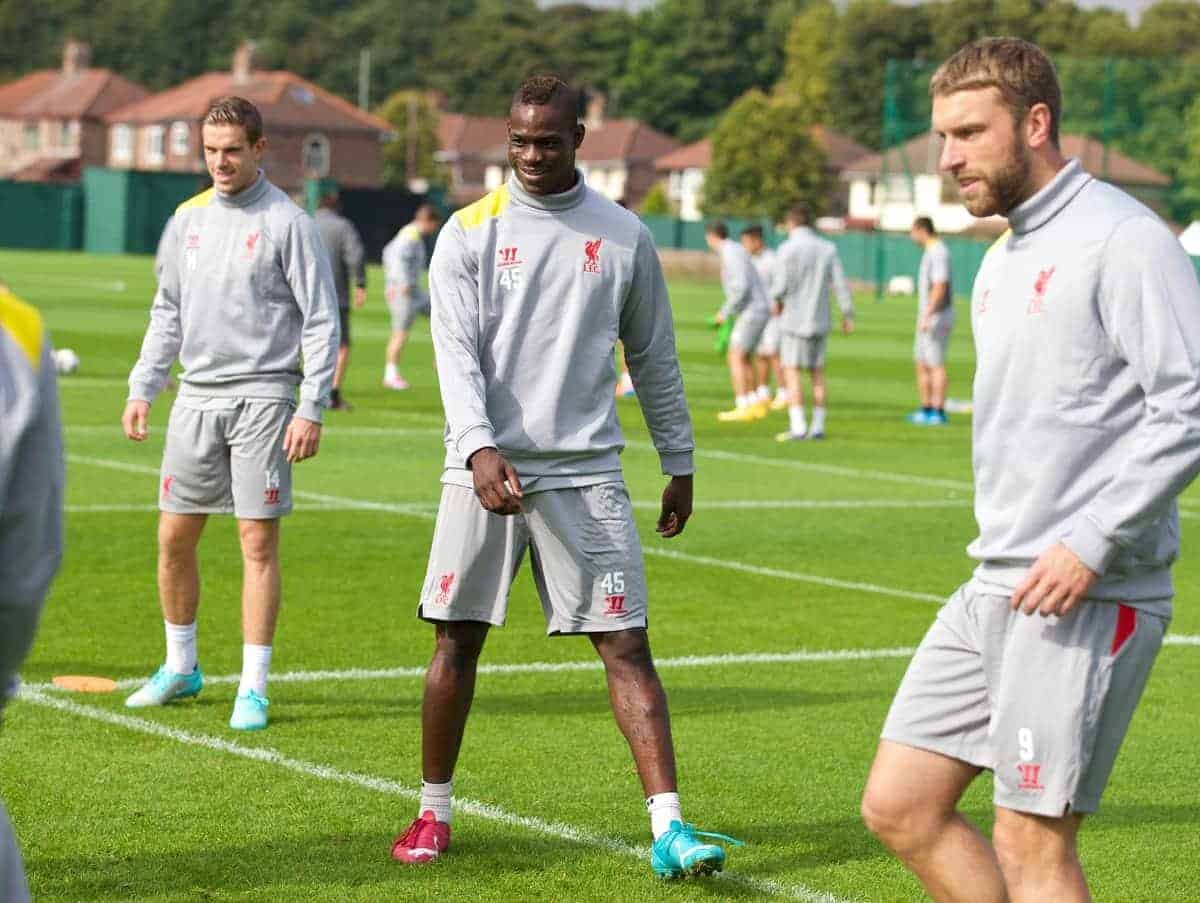 Mario Balotelli is set to leave Liverpool a year after joining the club as a “calculated gamble” from AC Milan for £16 million.

The Italian forward turned 25 this week, with videos of him being sprayed with champagne by friends posted to social media.

Such behaviour is documented in an article in Thursday’s Independent newspaper by Liverpool author Simon Hughes.

Hughes explains one incident where Balotelli amused himself by scoring a “jaw-dropping goal from near the halfway line” in a training ground match – “One problem: the goal was at the wrong end.”

This incident occurred in the buildup to the away game at Arsenal, explains Hughes. Balotelli “deemed it appropriate to turn around and fire a shot towards Brad Jones. The goalkeeper was helpless. Balotelli thought it hilarious, laughing away by himself in the centre circle.”

Other details are revealed, such as Balotelli not knowing the names of some of his teammates – “regulars who feature in the starting XI” – by Christmas, four months after joining the club.

It’s also revealed that a friend, Desmond N’Ze, has been banned from the club’s Melwood training ground after he was spotted sleeping in Balotelli’s Ferrari waiting for his “inseparable” friend to finish work.

Balotelli’s efforts in training itself are also questioned.