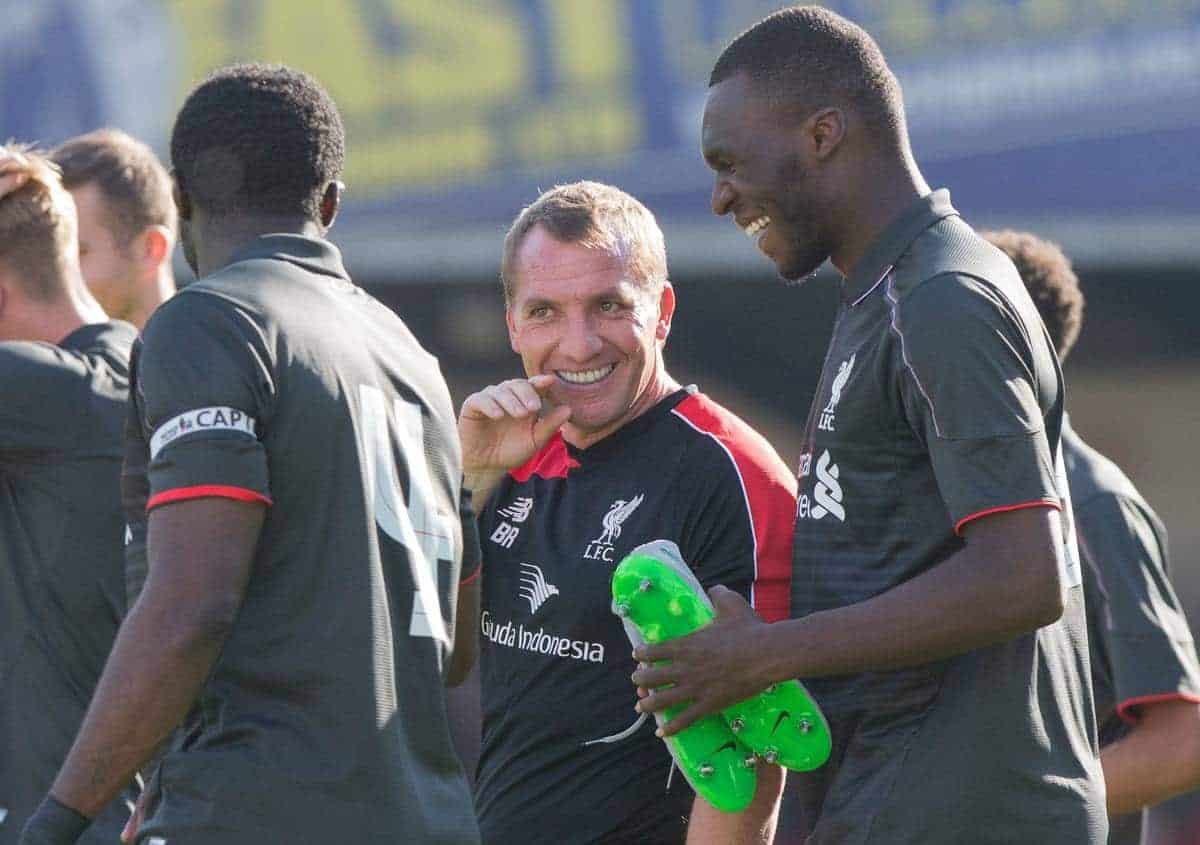 We’ve rounded up the best photographs from Liverpool’s 2-1 victory at Swindon Town on Sunday.

After a goalless first half, Christian Benteke spun on the edge of the box and fired a wicked volley in past Swindon trialist goalkeeper Lawrence Vigouroux.

Benteke was starting his first game in a Liverpool shirt, alongside Brazilian Roberto Firmino, who looked lively and eager to impress — particularly in the first half.

After Swindon’s Jonathan Obika equalised, Sheyi Ojo scored a late winner with the unfortunate help of a goalkeeping error as Brendan Rodgers’ men ended pre-season on a high.

There was bad news, however, as Joe Allen was taken off injured during the first half. Rodgers confirmed after the game, “Allen’s injury looks like his hamstring, so that doesn’t look good.”

But the Reds manager will be happy overall at how his side have conducted themselves during pre-season — Sunday’s win at Swindon being another good fitness exercise just one week before the start of the Premier League campaign.

Here’s the best of the photos from the County Ground, courtesy of Propaganda Photo.

Roberto Firmino had a lively first half.

Emre Can was playing his first game of pre-season.

Christian Benteke’s new Liverpool teammates congratulate him on his first goal for the club.

Sheyi Ojo fires in a late winner for Liverpool — his first goal for the first-team.

Kolo Toure and Christian Benteke share a joke after the final whistle.