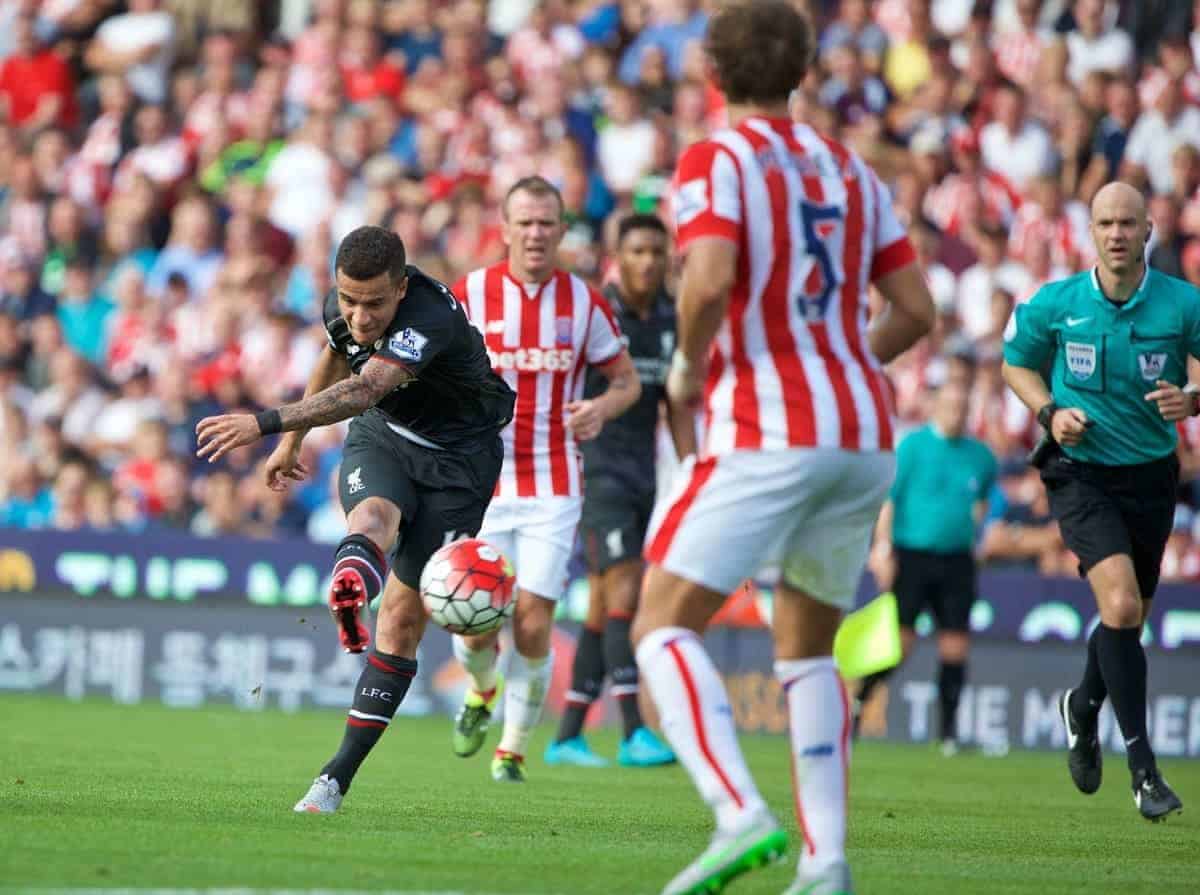 Philippe Coutinho‘s late wonder-strike earned Liverpool a 1-0 win at Stoke City on Sunday, as the Reds’ 2015/16 Premier League campaign got off to a great start. Dejan Lovren started at centre-back, as expected, while 18-year-old Joe Gomez was handed his Liverpool debut at left-back. Mamadou Sakho missed the game following the birth of his child.

It was a quiet opening 30 minutes to proceedings- perhaps to be expected as both sides eased their way into the new season- although Benteke and Ibe looked lively.

There were no real chances of note for either team, and it could only really get better.

Former Liverpool man Glen Johnson almost gave the hosts the lead in the 36th minute, following a scramble, but ballooned his effort over the bar.

After a dull first-half, it was goalless at the break. There were no changes for Brendan Rodgers’ side at half-time, as they looked to click into gear. In truth, the game couldn’t get much worse.

Emre Can replaced the disappointing Lallana midway through the second-half, as Rodgers looked to liven up his sluggish side.

Charlie Adam’s free-kick from out wide was kept out by Simon Mignolet, and it was Stoke who probably looked the more likely to snatch all three points.

Martin Skrtel’s header was comfortably saved by Jack Butland, and the Reds started to boss possession in the latter stages.

Captain Jordan Henderson wasted a wonderful chance to tee up Benteke from inside the penalty area, while one incredibly wayward volley from the tired-looking Coutinho seemed to sum up the entire afternoon.

With four minutes left, Coutinho scored a sensational winner for Liverpool. The Brazilian bent a wonderful strike past Butland into the top corner of the net, sending the travelling Reds wild.

It was enough to earn the visitors a massive win at a ground they have struggled at so often down the years.