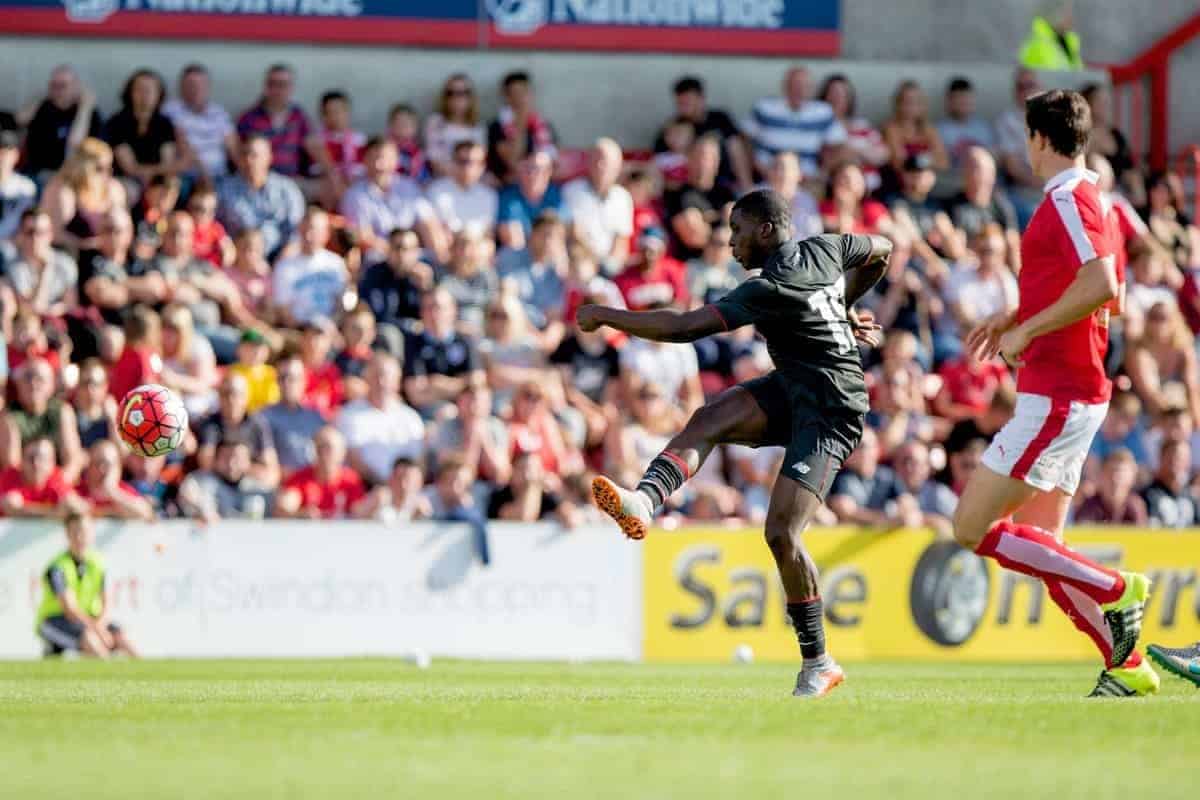 An unfortunate error from Lawrence Vigouroux in Swindon’s goal allowed Sheyi Ojo to find Liverpool a winning goal late on in Sunday’s pre-season friendly at the County Ground.

Ojo fired his shot towards goal on 87 minutes and although Vigouroux got a hand to the shot, it crept in and Liverpool went on to win the game 2-1.

The 21-year-old goalkeeper is on trial at Swindon from Liverpool.

Earlier, Christian Benteke had given the Reds the lead on his first start for his new club. The Belgian international spun and volleyed home from the edge of the area.

Liverpool have now completed their pre-season friendly preparations, with one week until their Premier League season gets underway with a tricky trip to Stoke City on Sunday, 9th August.

Keep an eye on This Is Anfield this week for more build-up and analysis as Brendan Rodgers’ side prepare for the new season.