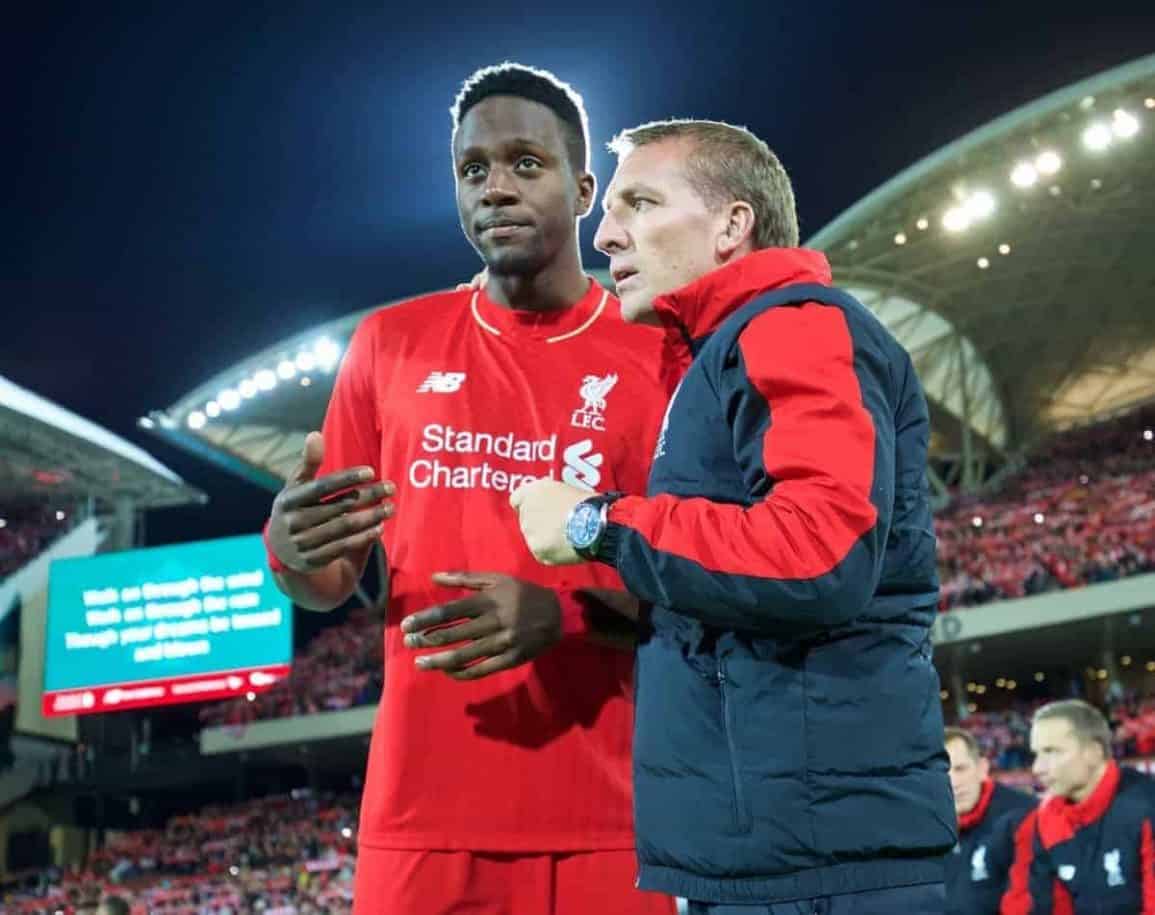 Divock Origi says Liverpool players will work together to solve the problems evident in Saturday’s 3-1 defeat at Manchester United.

It was Brendan Rodgers’ side’s second consecutive defeat, with Christian Benteke’s thunderous acrobatic volley the only highlight of a drab performance.

“We came here to get a good result and it’s always disappointing to lose, especially against Manchester United,” Origi told the club’s official website after the game.

“We have to learn from games like this and prepare for the next game.

“As a team we have to solve the problems, defensively and offensively. But I think the quality is there, so we just have to stick together and speak with the coach.

“The most important thing is to score. In the second half we had some good chances; we pressed the game. But we were unlucky and it’s unfortunate for us.”

Liverpool face Bordeaux in their opening Europa League game of the season on Thursday night, before Norwich City come to Anfield in the Premier League on Sunday.

With the pressure turned up on Rodgers and his team, Origi says now is the time for cohesion in the squad.

“We’re all professionals so we’ll have to make the switch [in focus],” he added.

“We’re all motivated to get a good result in Bordeaux. It will be on us to prepare well in training and be ready for the game.”

What next for Liverpool? Let us know your thoughts on the recent poor form and how you think the Reds can turn a corner in the comments section below.