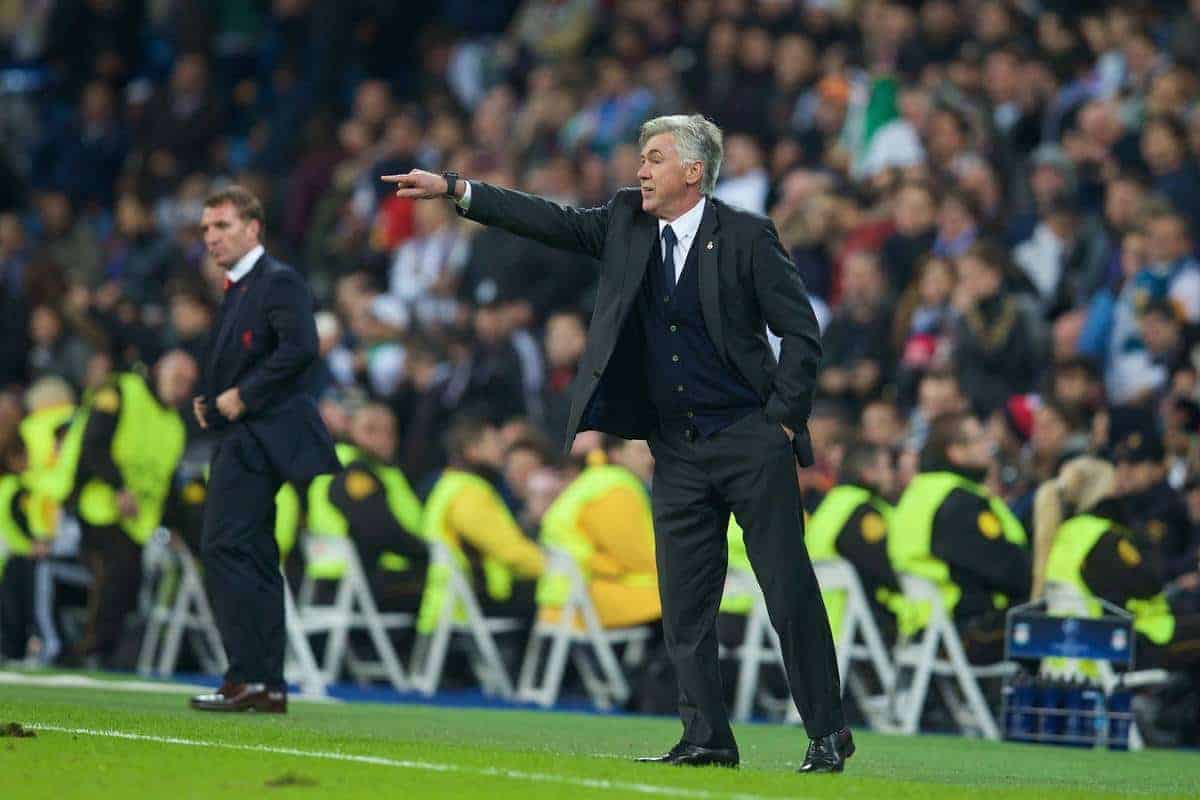 Liverpool have moved swiftly to deny the reports linking them with contacting Ancelotti – no doubt done to ensure that a claim for constructive dismissal cannot be made, and also to avoid a similar situation to when previous owners George Gillett and Tom Hicks approached Jurgen Klinsmann while Rafa Benitez was in charge.

But the news of Ancelotti’s potential future employment on Merseyside has seen fans react in their droves, with many supporters excited by the prospect of the Italian being in the Anfield hot-seat.

LFC forced to deny making an approach for Carlo Ancelotti it seems. Too old and successful for FSG's liking anyway, would be my guess.

Joking apart, #LFC should at least be considering options for a new boss and should be looking for experience and success, not potential.

Of course they’ll deny it.

Doesn’t mean it is / isn’t true though.

Interesting tweets from the reliable @LFCGlobe. We could have Ancelotti now then, but we're persisting with Rodgers. What a joke.

Whether or not Ancelotti stories have traction,once a manager is in this sort of end-game scenario it's almost impossible to turn it around

Imagine NOT getting top 4 under Ancelotti. #LFC

This Ancelotti stuff seems to be gathering some momentum all of a sudden. That would be absolutely boss.

Ancelotti rumours start on 22nd September. #LFC denial on the 23rd. My gut feeling is FSG don't want to pay compensation for termination…

Conor McKillion in the comments:

I have been saying this since May.

Carlo Ancelotti is a world class elite coach who has won the European Cup 3 times and numerous leagues and domestic cups. He is the sort of manager we should be after and who would attract top players and could help keep our best players here (Coutinho namely, Can in a couple of years etc).

The only issue is if he will work under a director of football and with a lesser budget than he had at Milan, PSG or Real Madrid. I know he wanted a year off to get surgery and chill out so do we go for him now or wait until January or later when the season could already be wrote off.

I believe he is a perfect fit, the way he speaks about Liverpool is lovely and he clearly respects the club.

This is all coming from a Northern Irishman who was never part of the Rodgers out brigade until May but it is plain to see something needs to change drastically and soon, Rodgers is done, the squad are not playing for him and the fans know it, he should know the time is right to call it a day.

The club are hardly gonna come out and say they've been speaking to other managers are they. Any Contact would be done indirectly anyway.

Whilst Rodgers is still in charge, the club are hardly going to admit any interest in another manager are they. #LFC

I don't believe that Klopp or Carlo would be keen on LFC. They both wanted a break but they both have a level that LFC doesn't match.

If Ancelotti has recovered from his back problems now is the time to bring him in, not in at Christmas if #LFC are 20pts off. Now! #LFC