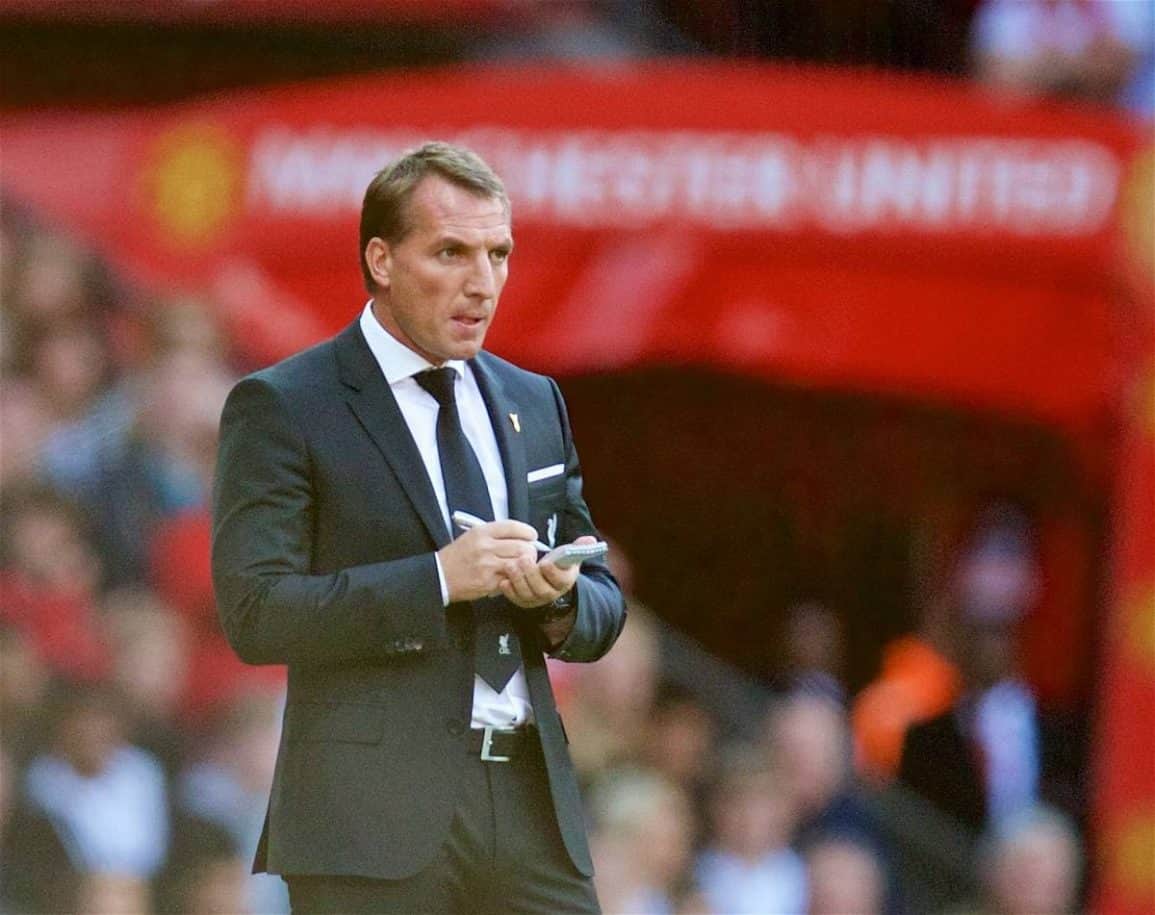 Brendan Rodgers was without key man Philippe Coutinho, following the Brazilian’s red card against West Ham at Anfield two weeks ago. It was the only change from that dreadful 3-0 defeat.

Danny Ings replaced the 23-year-old to earn his first start for Liverpool, as Rodgers’ men looked for a precious win at the home of their bitter rivals.

There was no Wayne Rooney for Louis van Gaal’s side, while new big-money signing Anthony Martial started on the substitutes’ bench.

Could the Reds get back on track?

It was an extremely lethargic opening 20 minutes by the visitors, with Christian Benteke clearly isolated on his own up front.

Nathaniel Clyne shot comfortably wide following good work by Joe Gomez, but it was Liverpool’s only real attack of note midway through the first-half.

It was a dismal opening 45 minutes; especially in comparison to great Liverpool-United clashes of years gone by. A stalemate looked most likely.

Ashley Young replaced the disappointing Memphis Depay at the interval, but there were no changes for Liverpool. The second-half couldn’t be any worse than the first.

Four minutes after the break United were ahead. Daley Blind finished emphatically after Juan Mata’s cut-back, and Rodgers’ men had it all to do.

Ings forced David De Gea into a decent save shortly after, and it was frustrating that Liverpool only upped their game after falling behind.

Blind cleared off the line and Roberto Firmino failed to convert in the resulting melee, as the Reds continued to look for an equaliser.

Martial and Jordon Ibe replaced Juan Mata and Firmino for their respective sides with a quarter of the game remaining.

United put the game to bed with 20 minutes left, as Ander Herrera converted a penalty following a reckless challenge by Joe Gomez.

A sensational late acrobatic strike from Benteke made it 2-1- one of the finest strikes you could wish to see- but Martial’s solo effort sealed victory.

Questions will now really be asked of Rodgers, whose tactics and team selection were strewn with errors.