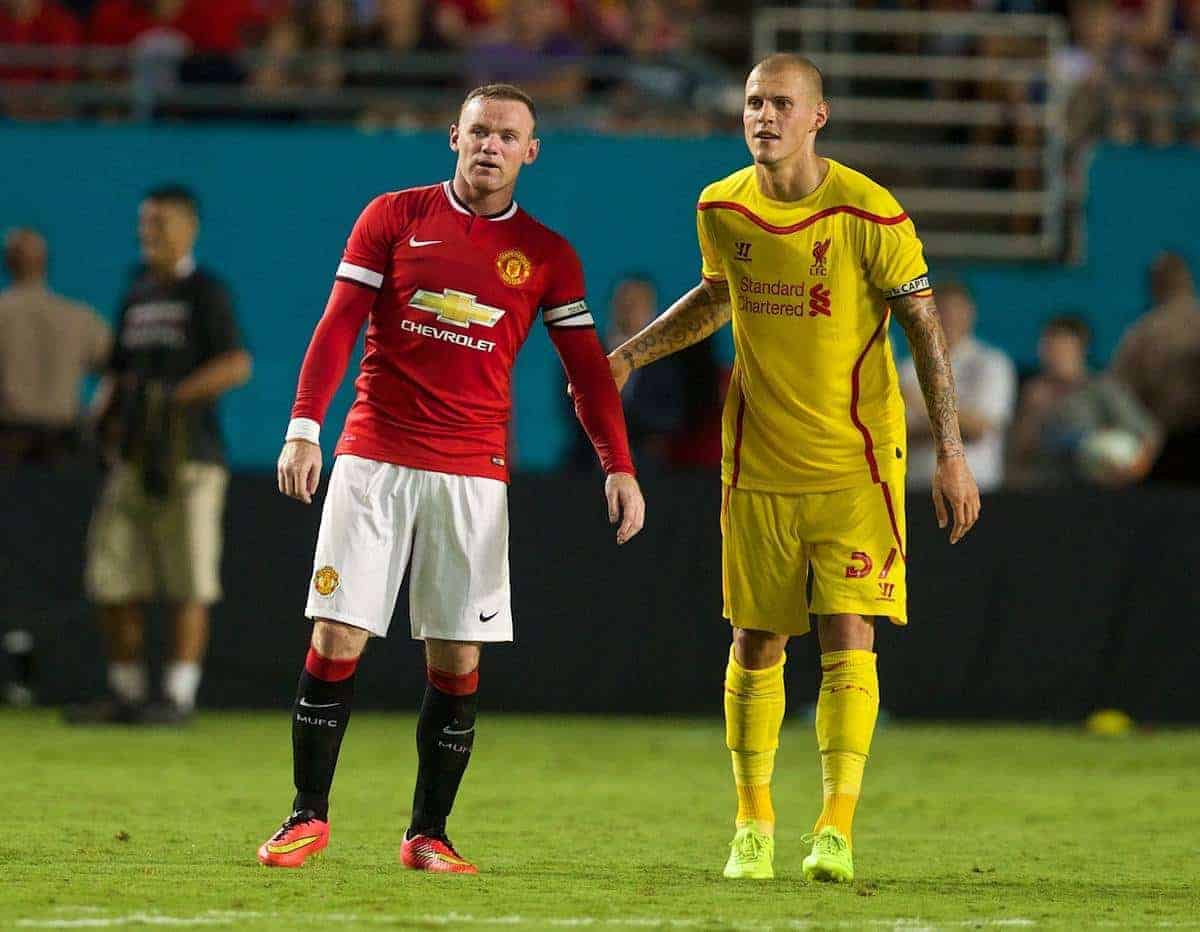 Ahead of Liverpool’s clash with Man United, Henry Jackson selects three key battles that will take place at Old Trafford.

It is sure to be another tense encounter between the two most successful British sides in history, as the Reds do battle with their fiercest rivals.

Victory for either side will act as a huge momentum boost following the international break, with both teams looking flawed so far in 2015/16.

Brendan Rodgers will know how important the outcome of the match is in terms of his job, while Louis van Gaal will be well aware that more dropped points will see them drift further out of the title race already.

There are a number of important match-ups on the pitch that could have a huge bearing on the result; here are three that we think could be most pivotal.

The battle between new signings Nathaniel Clyne and Memphis Depay could be a fascinating one, as Liverpool’s right-back tries to get the better of United’s dangerous left winger.

Although the young Dutchman hasn’t exactly set the world alight yet at Old Trafford, he is one of the only players in their side genuinely capable of beating a man with pace and trickery.

Clyne has been praised for his superb defensive work so far this season, winning more than half of his duels and making an average of two interceptions per game. Much of the same is required.

It won’t solely be about how Depay fares against Clyne in an attacking sense, however.

The England international could be a potent weapon going forward for the Reds on Saturday, and Depay will be tasked with tracking the 24-year-old’s runs.

Whether he has that defensive discipline in his game yet is certainly questionable, and it is an area Rodgers must be looking to exploit.

It promises to be a terrific tussle between two very fine footballers, and Clyne will know he has to be at his best against a player capable of wreaking havoc on his day.

Depay is clearly not a player short on confidence, and he will fancy himself to play a starring role in front of the watching millions. Martin Skrtel, Dejan Lovren and Wayne Rooney are all players who split opinion hugely among fans, and they will be right in the centre of the action on Saturday evening.

The Liverpool duo’s shambolic performance at home to West Ham has again put them under pressure to perform at Old Trafford, and Rooney could sense blood.

The 29-year-old will likely be utilised as a lone striker once again, and given his reputation as a confidence player, he may well be on cloud nine after breaking Bobby Charlton’s England goalscoring record in midweek.

Rooney may not be quite the force he once was these days, but he still has the ability to drop deep, provide intelligent movement and generally make life difficult for the two centre-backs.

Whether or not he pins himself to one of Skrtel and Lovren will become clearer on the night, but he will be very aware of the pressure both are under.

For all their faults, the Slovakian and Croatian were playing well up until the West Ham defeat, and Saturday provides a perfect opportunity for them to show it was just a one-off.

Rodgers has shown plenty of loyalty to them both, especially Lovren, and keeping Rooney quiet and helping the Reds to a positive result would repay the manager’s faith. With Philippe Coutinho suspended for the Old Trafford showdown, Christian Benteke is under even more pressure to be Liverpool’s attacking spark.

The formidable Belgian will lead the line for the Reds, and will come up against one of the country’s most in-form centre-backs in Chris Smalling.

The 6″4 Englishman is dominant in the air, winning an average of four aerial battles a game, and he will feel he can nullify Benteke’s greatest attribute.

That said, the Belgium international has won an average of 10 aerial battles per game in a Liverpool shirt so far; a fairly remarkable statistic. The 24-year-old has been horribly isolated up front at times, particularly against West Ham, and it is vital that Rodgers has more runners in and around him against United.

If he does, Liverpool’s big-money man has the strength and pace to give Smalling his toughest test of the season so far.

However, should Benteke once again be asked to create magic all on his own, Smalling will feel he can enjoy another productive day at the office.

It would be the perfect setting for Liverpool’s No.9 to truly announce himself as his side’s new goalscoring talisman.

(Statistics via Squawka and WhoScored)