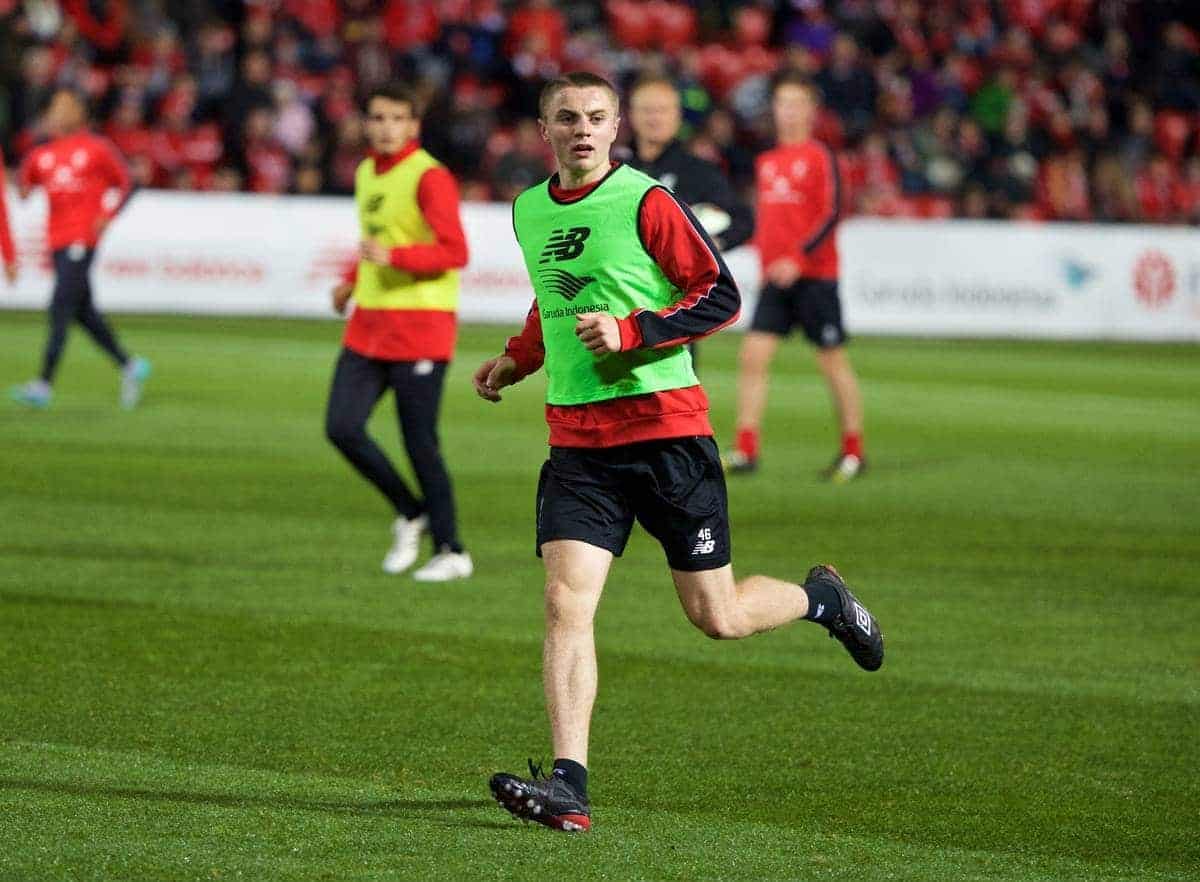 The Football Association have defended their treatment of Jordan Rossiter, who sustained an injury on duty with the England U19s.

Rossiter played the full 90 minutes in each of the England U19s’ three fixtures over the course of six days during the most recent international break, suffering a hamstring injury as a result.

With this keeping Rossiter out of action for the next month, Liverpool manager Jurgen Klopp took exception to the FA’s treatment of the midfielder.

“It was a hamstring. It was not on the flight, on the train or in the car, it was in the match,” the German told reporters on Wednesday.

“These young players are our future. If we handle them like horses than they will be horses.”

Klopp added that he would “talk to someone [at the FA]” about the incident.

Speaking to Sky Sports on Friday, however, FA technical director Dan Ashworth explained how he had made “direct contact” with Liverpool, defending Aidy Boothroyd’s decision to continue to field the 18-year-old.

“We have taken on board Liverpool’s comments and been in direct contact with the club,” he said.

“We take seriously our club engagement and working relationships but prefer to deal with them in private.”

Sky Sports continue to suggest that “the FA has offered to meet with Klopp for further discussions,” to reason with the 48-year-old that “England had no choice but to play Rossiter because UEFA limits each squad to 18 players during qualification rounds.”

Boothroyd is said to have contacted Liverpool academy director Alex Inglethorpe to explain the situation.

Nevertheless, Rossiter’s injury highlights a major issue between club and country, with the Liverpool-born midfielder likely to feature heavily for Klopp this season.

This will no doubt have touched a nerve on Merseyside, following England manager Roy Hodgson’s decision to field an unfit Daniel Sturridge in 2013 “to test his resolve.”