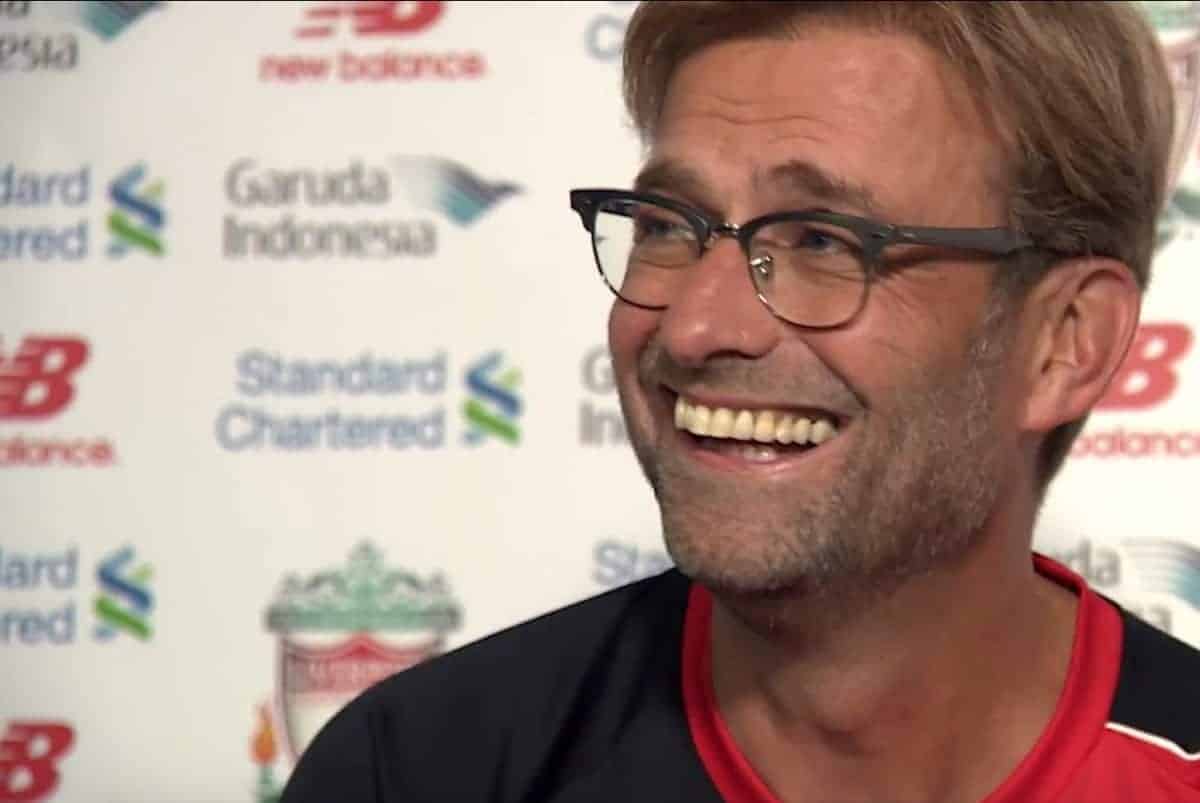 Speaking after his appointment as Liverpool manager, Jurgen Klopp has praised the club’s support, saying he wants to create “memories to cherish.” Everything looks to have fallen into place with the arrival of Klopp at Liverpool, and the former Borussia Dortmund manager spoke of his excitement shortly after moving to Merseyside.

Klopp is a marquee appointment by owners Fenway Sports Group, but thanked John W. Henry and Tom Werner for “showing faith in me.”

“Firstly, I would like to offer thanks to the ownership of Liverpool Football Club for showing faith in me and my staff and presenting us with this wonderful opportunity,” he said.

“They have presented to me a very clear vision and I share their ambitions and model of work.

“I am very excited by the challenge we face and eager to start the job and begin implementing our ideas and ways of working with this team.

“This is a talented group of players and there is still much to compete for this season.”

Dortmund were renowned for their enjoyable, attacking style of football under Klopp, and the 48-year-old will be looking to restore this at Anfield. “Winning is important but so is how you win and how you play the game. I believe in a playing philosophy that is very emotional, very fast and very strong,” he continued.

“My teams must play at full throttle and take it to the limit every single game.

“It is important to have a playing philosophy that reflects your own mentality, reflects the club and gives you a clear direction to follow. Tactical of course, but tactical with a big heart.

“Liverpool has extraordinary supporters and Anfield is a world renowned home, with an incredible atmosphere.

“I want to build a great relationship with these supporters and give them memories to cherish.

“I hope we can feed off each other’s energy and that we take this journey together.”

Klopp has already won unanimous praise from Liverpool supporters, and the charismatic German continues to underline why he is the perfect man for the job.