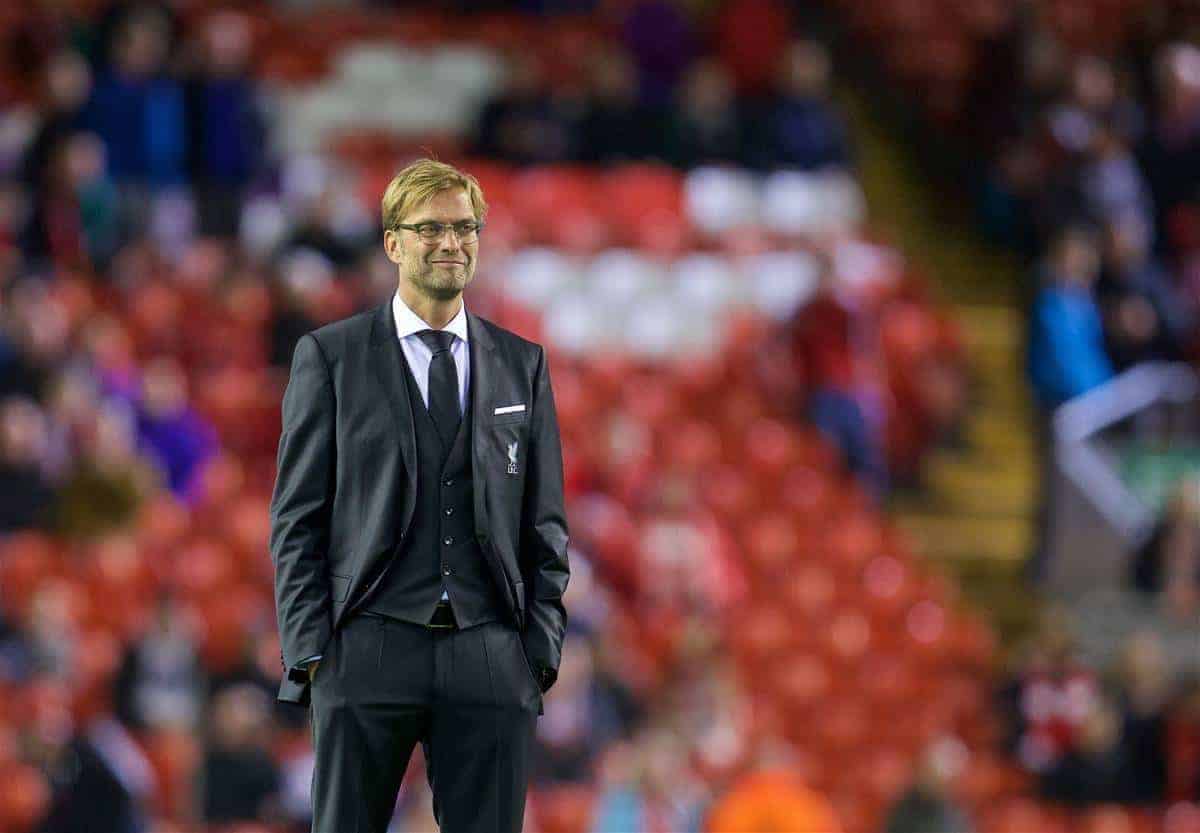 Speaking ahead of Liverpool’s League Cup tie against Bournemouth, Jurgen Klopp suggested he is exploring his options regarding players on loan. Klopp’s side hosts Bournemouth fully aware that he must make a number of changes to keep his depleted squad fresh throughout a congested fixture list – this being the fourth of five games in 14 days.

Daniel Sturridge, Danny Ings, Jordan Henderson, Joe Gomez and Jon Flanagan are all unavailable due to injury, while the likes of Emre Can, Philippe Coutinho and Nathaniel Clyne are in need of rest ahead of the Reds’ important Premier League fixtures in November. James Milner is suspended after a fifth booking of the season against Southampton.

Speaking to reporters at Melwood ahead of Wednesday night’s League Cup clash with the Cherries, Klopp suggested that he was interested in recalling some of the Reds’ loan players.

Less than a month into his Anfield reign, however, he admitted he is unclear on “all the rules.”

“I have not understood all the rules in this moment with players on loan, [whether] we can get [them] back or not,” he explained.

“But it’s not important for the next game.”

The 48-year-old admitted that Premier League restrictions are “very different” to those in the Bundesliga.

Liverpool have a host of useful squad options out on loan at present, with Andre Wisdom, Tiago Ilori and Lazar Markovic all capable of performing to a high standard in the Premier League.

Both Wisdom and Ilori have received little game time since joining Norwich City and Aston Villa in the summer respectively, and the decision to sanction their departure on season-long deals represents a considerable oversight by former manager Brendan Rodgers.

Furthermore, Markovic’s pace and direct attacking style would have swelled Klopp’s options in the forward line immensely, but the 21-year-old is set to spend the season with Fenerbahce.

Sheyi Ojo, Ryan Kent and Sergi Canos are all on loan with Championship sides, but could prove valuable to Klopp this season.

Recalling his loan players could be a more attractive option than dipping into the transfer market for Klopp at this stage.

But whether he is able to remains to be seen.