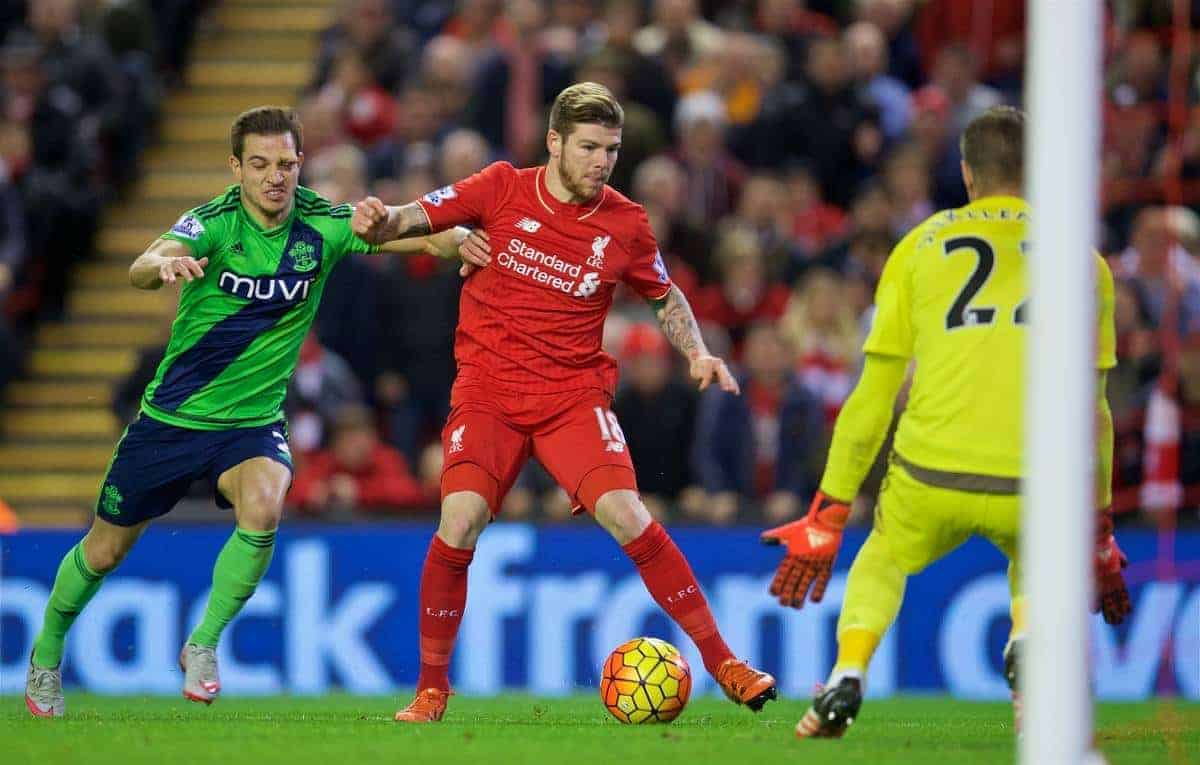 Following the Reds’ third consecutive draw, this time against the Saints, we assess how all the Reds performed at Anfield. Mignolet has been in solid form recently, and he continued that run with another decent overall display at Anfield.

The Belgian particularly impressed with his handling from some dangerous crosses both high and fizzed in low, and he made a great save first half from Virgil Van Dijks header. Could do nothing about the equaliser.

The right back hasn’t been in his best form in recent games, and he turned in another unimpressive display against his former club.

Clyne was solid overall defensively and did his primary job well enough, but he constantly gave the ball and made poor decisions in possession while contributing next to nothing to the Reds’ offensive play all afternoon.

The Slovakian has struggled for the most part this season, but he turned in an improved display on recent showings at Anfield.

Skrtel competed well against the handful that is Graziano Pelle, and he won a lot of important headers alongside making some well-timed tackles.

Sakho has been in great form recently but he didn’t quite hit the same heights as in recent games which has seen him earn the praise of his new manager.

The Frenchman grew into the game after a shaky start, but his distribution and decisiveness wasn’t as reliable as has been seen in recent fixtures.

Moreno turned in another good performance at left back as he takes to Klopp’s style of play like a duck to water.

The Spaniard was strong and tenacious defensively – making numerous impressive recovery challenges – and he was one of the Reds’ biggest threats going forward too with his blistering pace, though the quality of his final ball was frustratingly lacking too often.

Lucas enjoyed a good afternoon in his defensive midfield role, doing an important job at the base of Liverpool’s midfield where he was Reds’ Man-of-the-Match.

The experienced Brazilian regained possession countless times with some well-timed challenges, and his use of the ball was simple and effective, as he helped to spring attacks on occasions with some incisive forward passes.

Seems to be enjoying a new lease of life which is great to see.

Playing his third 90 minutes in a week, Can turned in a mixed performance on the left side of Liverpool’s midfield.

The German did some really tidy things in possession and turned defence into attack well occasions, but he was too slow to move the ball at times, though he does deserve credit for the way he tried to drive his side on as they pushed for Klopp’s first win.

Milner has struggled lately in his right-midfield position, and he did again at Anfield where he produced an untidy and workman-like performance.

He gave away needless fouls all afternoon – including the free-kick from which Southampton scored – but did register a great assist for Christian Benteke’s header with a superb cross however – his only contribution of note on another largely disappointing afternoon.

Lallana has been handed a new lease of life in the early stages of Klopp’s reign, and the 27-year-old turned in another decent display in attacking midfield.

He was the most influential of Liverpool’s attacking options when on, and his movement, intricacy and cleverness made the England man a danger, though he was still frustrating with how little he produced despite having a lot of the ball.

Perhaps harshly withdrawn with the less impacting Coutinho remaining on.

Coutinho’s poor form continued at Anfield where he turned in another real ineffective performance against the Saints.

Little came off for the Brazilian – who was visibly frustrated – with his touch deserting him too often – and though he was slightly better when dropping deeper to use his vision – he was still too unproductive.

It’s not nice seeing him so out of sorts at a time Klopp needs his key players on form.

The Belgian kept his place spearheading the Liverpool attack but he turned in a really poor display up top.

Origi was hardly involved in the game and contributed nothing at all of note before being replaced at half time which put him out of his misery.

Benteke replaced countryman Origi at the interval, and the big Belgian made a real positive difference up front.

He provided a real presence in the final third which caused the visitors problems, and it was a spectacular header that he opened the scoring with from Milner’s pin-point delivery.

The Brazilian played the final 25 minutes and like Benteke, made a positive impact on proceedings.

He showed some real nice touches and composure, and put himself into some dangerous positions as he attempted to link play and provide a cutting edge. Will hopefully be a starting option soon.

The 19-year-old forced the issue well when he came on, driving at Cedric and winning a corner, but had little time to make any real impact.

There’s little room manoeuvre for the German currently as injuries continue to dictate, but he again picked the right team for what was seemingly available to him.

More importantly with his side needing sparking into life, Klopp was decisive with his changes and introduced the right personnel – particularly Firmino and Benteke who made a real difference – but perhaps could have left Lallana on as he looked a threat.

Left still searching for his first win as Liverpool boss which he will hope comes on Wednesday night against Bournemouth in the League Cup.