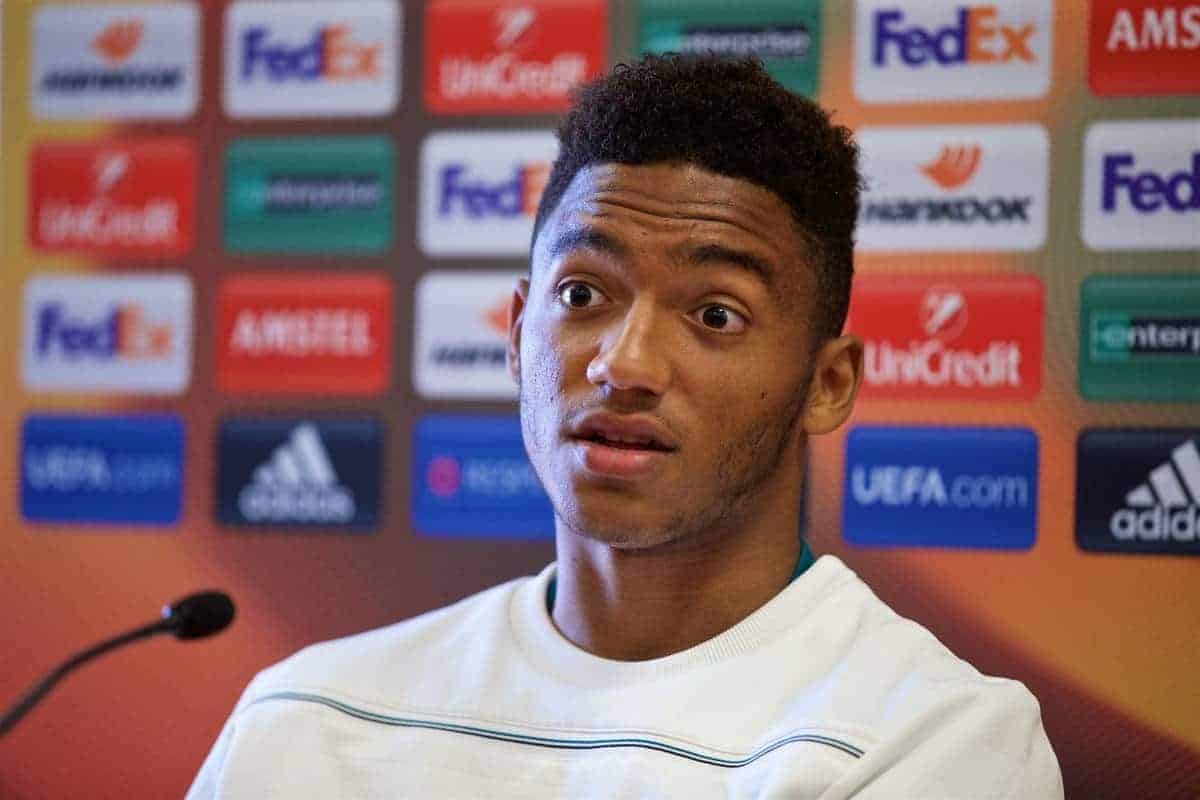 Liverpool defender Joe Gomez may have lost his starting place recently, but he is looking to use the Europa League to continue his development.

The 18-year-old was a surprise choice at left-back – not a familiar position – for the first four Premier League matches after arriving in a £3.5million summer move from Charlton.

However, a switch to three centre-backs saw him drop out of the side, but he started in the Reds’ Europa League opener in Bordeaux a fortnight ago and is expected to do so against Sion at Anfield on Thursday.

“It’s been a great experience for me getting the game time,” he said. “I’ve learned a lot already and I’m looking to keep on working.

“I had aspirations to come in and be involved and try and have an impact but I knew with me being young that I might get the chances straight away and might also have to bide my time.

“But at the same time I wanted to come to the club to play under a manager like Brendan, who gives young players a chance, so I have to take the opportunities I get.

“It was a bonus to start the first few games of the season.

“It’s just good to be in an environment like this, learning from top quality players every day.

“The Europa League is a massive competition and we want to do as well as we can in it. It’s a massive game and another chance for a win.”

Manager Brendan Rodgers named a young team in south-west France and plans to use the competition to give some academy graduates a chance to impress.

One of those academy graduates who has already made an impression on the first team is Jordan Rossiter.

“He’s a young player that is developing well. He has a strong personality,” he added.

“He and the other young guys did very well in the last game. “He’ll be in contention again for the game tomorrow.”