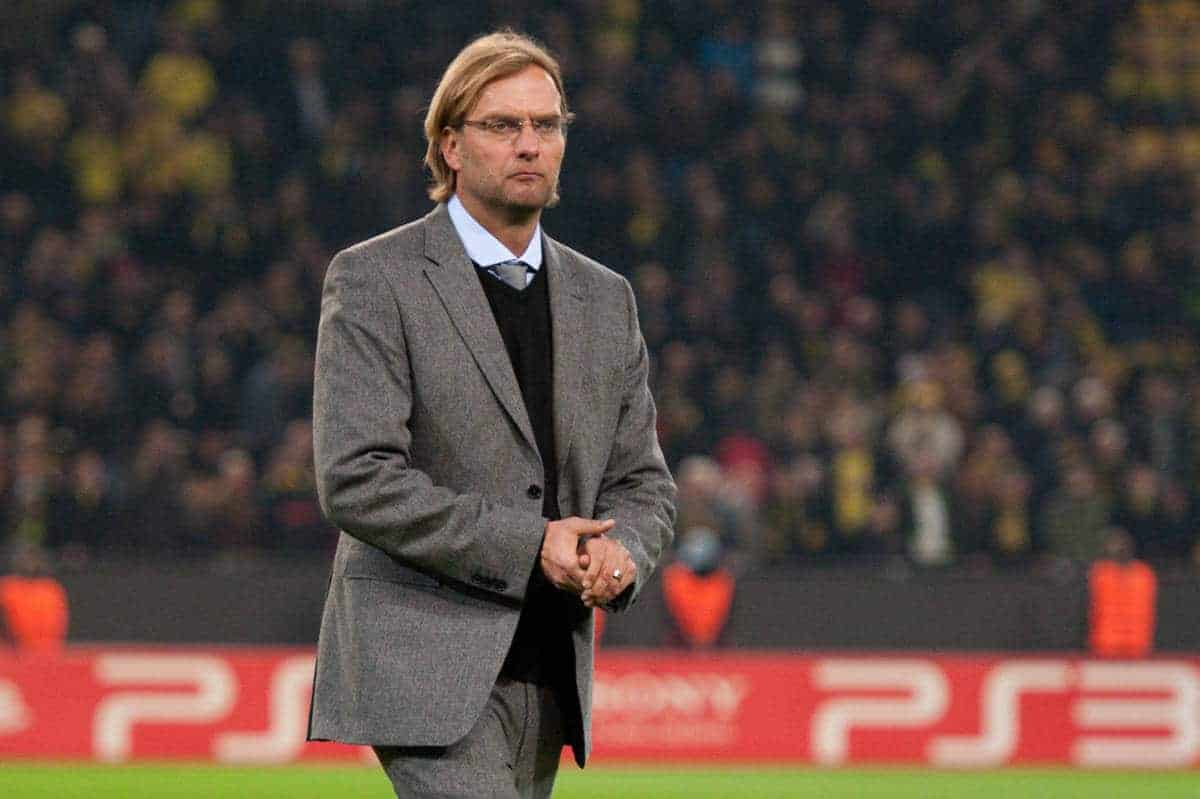 Jurgen Klopp will be unveiled as Liverpool’s new manager at a press conference at Anfield on Friday morning.

An announcement from Liverpool on Thursday afternoon confirmed a 10am press conference will be held at Anfield on Friday for a “major club announcement”.

The 48-year-old has agreed a three-year deal with the Reds and flew from Dortmund to Liverpool on a private jet on Thursday afternoon.

Once on Merseyside, Klopp is expected to complete formalities and put pen to paper on the deal at a city centre hotel.

According to Paul Joyce of the Daily Express, Klopp will earn around £7 million-per-year at Liverpool.

The appointment is a major coup for the club’s owners, Fenway Sports Group, coming just days after the dismissal of Brendan Rodgers.

Zeljko Buvac and Peter Krawietz are expected to join Klopp as part of his backroom staff, whilst Sean O’Driscoll and Gary McAllister have both left their posts.

It is still not yet know whether an official announcement will be made by the club ahead of Friday morning’s unveiling.

This Is Anfield will have live coverage of the press conference from 10am. Download the This Is Anfield app for iPhone and Android to stay up to date as news breaks.

Klopp’s first game in charge of the Reds will be their away trip to Tottenham in the Premier League on Saturday, 17th October.

The German is 66/1 to win the Premier League title in his first season at Anfield, and 9/2 to finish in the top four.

What are you expecting from Klopp’s first season in charge at Liverpool? Let us know in the comments section below or on our Liverpool FC Forums.