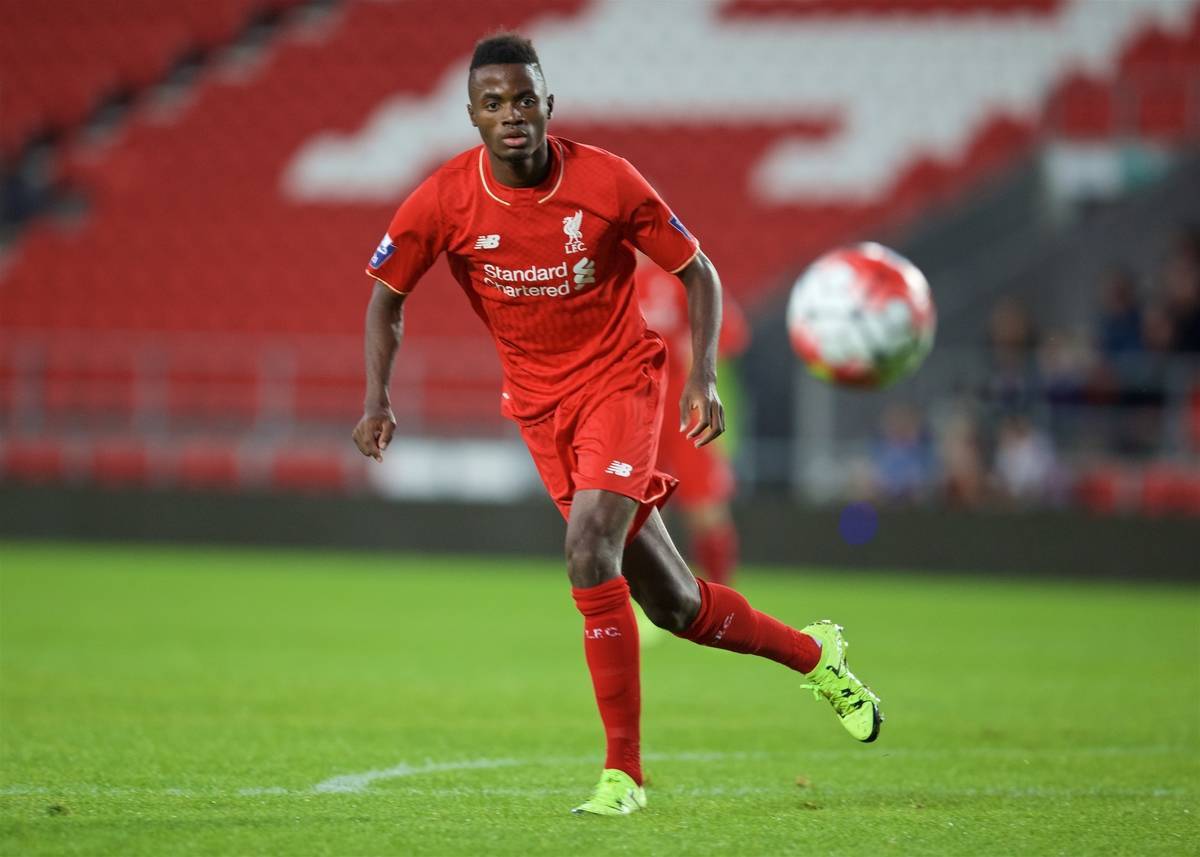 Though they fell to a 1-0 defeat away to Sunderland on Sunday afternoon, Liverpool’s Under-21s side highlighted the academy’s depth of quality.

A single Michael Ledger strike settled the Liverpool U21s’ clash with Sunderland at the Stadium of Light, but Michael Beale and Jurgen Klopp can be pleased with how a youthful Reds side performed on Sunday afternoon.

Against a Black Cats side that included senior stars Patrick van Aanholt and Liam Bridcutt, suffering a 1-0 defeat is far from disappointing, with performance being key at this level.

What the U21s’ performance against Sunderland proved is the sheer depth of quality within the Liverpool academy. Beale set his side up in a 4-2-3-1 formation that may well reflect the long-term tactics of the first team, and one that reflected that of their opposition for the day.

A back four of Corey Whelan, Dan Cleary, Tom Brewitt and Sam Hart lined up ahead of regular first-choice goalkeeper Ryan Fulton in defence, with a double pivot of Alex O’Hanlon and Matty Virtue deployed in the engine room in midfield.

Without a recognised centre-forward, Beale fielded a fluid, interchanging attacking line, with Ovie Ejaria floating from a left-sided role, Paulo Alves operating as a No. 10, Madger Gomes driving the attack from the right and Yan Dhanda nominally serving as Liverpool’s striker.

Mirroring the first team’s performance against Tottenham Hotspur the previous day, Liverpool began the clash with vigour and intensity.

Ejaria was particularly bright, closing Sunderland midfielders down off the ball and then displaying his fine technical ability in possession, with the 17-year-old former Arsenal midfielder dominant despite taking a blow to his back in the opening stages.

Similarly impressive was O’Hanlon, whose range of passing belies his young years, much like former Liverpool counterpart Jonjo Shelvey.

But much like Klopp’s side at White Hart Lane, Liverpool’s performance faded in the second half, compounded by their inability to defend Sunderland‘s corner for Ledger’s winner.

Nevertheless, context is hugely important when considering this result. With Klopp’s first team currently stricken with a host of major injury issues, Beale was without the services of regular U21s stars such as Pedro Chirivella, Jerome Sinclair and Conor Randall.

Most importantly, Beale was without his captain, Cameron Brannagan, with the 19-year-old midfielder called up to the senior squad ahead of Thursday night’s clash with Rubin Kazan.

This saw Beale call on a number of Liverpool’s U18s stars, with Dhanda, Alves, Conor Masterson, Kristof Polgar and Toni Gomes all making their debuts for the U21s.

That Dhanda and Alves in particular were able to slot in and produce a cohesive performance, in line with the demands of Beale—and, to an extent, Klopp—is a credit to the standard of the club’s recruitment in the academy.

Dhanda is only 16 years old, and while he was unable to spearhead the Reds’ attack with any conviction, his movement and quality in possession highlighted a bright future on Merseyside.

“It’s harder, physically, because the players are stronger and quicker, but it’s good because you get support from the older players and they help you through it,” the former West Bromwich Albion playmaker told Bleacher Report’s Karl Matchett last year.

It was clear that Dhanda is capable of performing at this level, as the calibre of the opposition on Sunday tested his physicality.

This applies to the whole of Beale’s youthful U21s side.

Both Van Aanholt and Bridcutt are Premier League standard players, while Sunderland‘s position at the top of Division 1 of the U21 Premier League underlines the quality in Robbie Stockdale’s side.

Beale was not only without Chirivella, Brannagan, Sinclair, Randall and Co., but also the likes of Harry Wilson, Sergi Canos and Sheyi Ojo—stars of last season’s U21s title challenge—as they continue their development on loan.

That Liverpool were able to produce a performance of genuine promise at the Stadium of Light is a testament to the club’s youth production line—and this is encouraging for Klopp.

What It Means For Jurgen Klopp

“In his first week at the club Jurgen Klopp has made a huge impression on everyone,” Beale told the club’s official website following the German’s appointment.

“Since the new manager has come in we have had a lot of young players go up to Melwood and get an opportunity.

Klopp is clearly comfortable putting his faith in young players, much like his predecessor, Brendan Rodgers, and with Liverpool suffering an injury crisis at present, this approach is hugely important.

Much of Klopp’s success at Borussia Dortmund was founded on his ability to mould young players into first-team stars, and with the quality of Liverpool’s academy at his disposal this is set to continue.

Wilson and summer signing Bobby Adekanye were among those who joined the 48-year-old at Melwood on Sunday for first-team training.

Naturally, Liverpool are unlikely to fulfil former academy director Frank McParland’s vision of having “50 percent of the first-team squad having coming through the academy.”

But the quality on show at the Stadium of Light, in the absence of much of Beale’s regular squad, suggests that many will have a role to play in the first team in the coming seasons; Dhanda and Ejaria in particular.

The talent is there to be utilised, and Klopp looks set to take advantage.