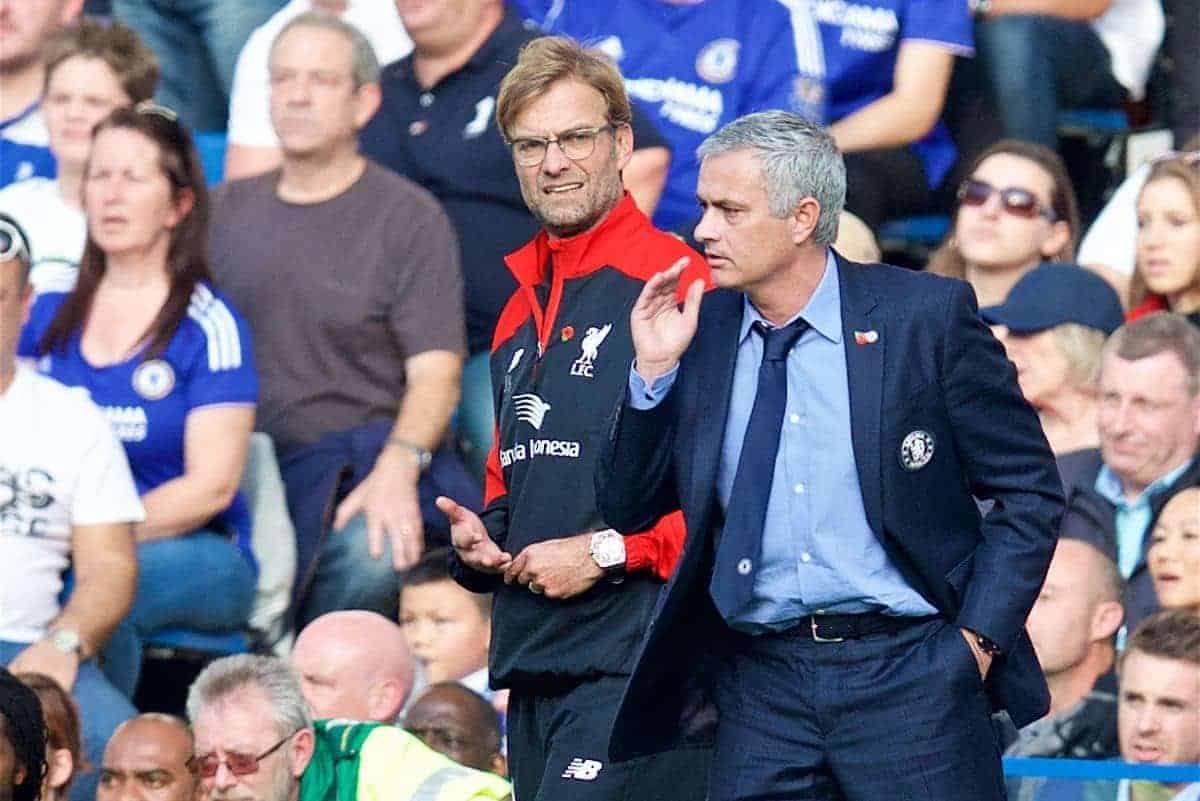 A defiant Jose Mourinho expects to continue as Chelsea boss despite Liverpool inflicting a sixth defeat in 11 Barclays Premier League games this term.

Mourinho was once again fuming at perceived injustices against his side, notably the decision not to show Liverpool’s Lucas a second yellow card when the score was 1-1.

Two further strikes followed in Liverpool’s 3-1 win which left Mourinho’s side with one win in eight games. Asked if he thought the game was his last as Chelsea boss, Mourinho said: “No.”

Mourinho, who was subject to the first managerial vote of confidence in Roman Abramovich’s 12-year ownership on October 5, will be wary of what the future holds.

Abramovich was absent from Stamford Bridge so did not witness the defeat or hear the defiant and supportive chants from the home faithful.

After a terse television interview, Mourinho was initially asked his thoughts on the contest in the post-match media conference and declined to give them.

“I’d like to listen more than being questioned,” he said.

He was asked how a side which cantered to the title in May had fallen off the pace so much. “Did you see the game?” he responded.

Next he was asked about Lucas avoiding a second yellow for a foul on Ramires. “What do you think? You are not punished by the FA. I’m punished if I tell you,” said Mourinho, who is subject to two separate and ongoing disciplinary procedures from the Football Association.

“There are things that are out of our hands,” Mourinho added.

“Two minutes extra time (at the end of the first half), we concede the goal on two minutes 35 seconds.

“Then what happened in the second half everything is a consequence of some crucial moments.

“Moments that the stadium saw, the players more than see, the players felt it, from now, what happens is just a consequence.”

Mourinho was asked about the support from the Chelsea fans, who sang his name often throughout, and took the opportunity to make a veiled criticism of referee Mark Clattenburg and his officials.

“I have some players really sad in the dressing room and I am full of respect for them. We see it match after match,” Mourinho added.

“As professionals they are not getting the respect they deserve. I don’t think we, myself and them, are not going to have a great Saturday dinner, even families for sure.

“They have the same feelings that we have and I’m really sorry with that lack of respect for professionals.”

Asked to explain what he meant by lack of respect, Mourinho said: “You are all intelligent guys. If you want to write, you write.

“Next press conference I will bring you nice glasses, maybe you see the game in a better way.”

“I go home, I go find a sad family,” he said. “I will try to watch some of the rugby (World Cup final) and disconnect a little bit from this.

“Then I will start preparing the training session for tomorrow morning and the game for Wednesday.”

It was Jurgen Klopp‘s second win at the fifth attempt as Liverpool boss since succeeding Brendan Rodgers and the Reds’ first away win since the opening day at Sunderland.

On the Lucas challenge, Klopp said: “If you think in England, where many situations are sometimes a little bit strange when nobody uses the whistle… in a situation like this was it a sure yellow card? I’m not sure it was a foul.

“Nobody knows if they would win with 10 against 11. It’s not guaranteed.”

Just as he had ahead of the match, Klopp expressed sympathy for Mourinho and backed Chelsea to climb out of their predicament. He then played down Liverpool’s title aspirations.

“Oh please. Are you crazy?” he said. “I’ve been here three weeks, round about. You think after one win at Chelsea we should think about this?

“We don’t think about this. We have to think about the next game, about improving our game and our style. We can do much better than today.”