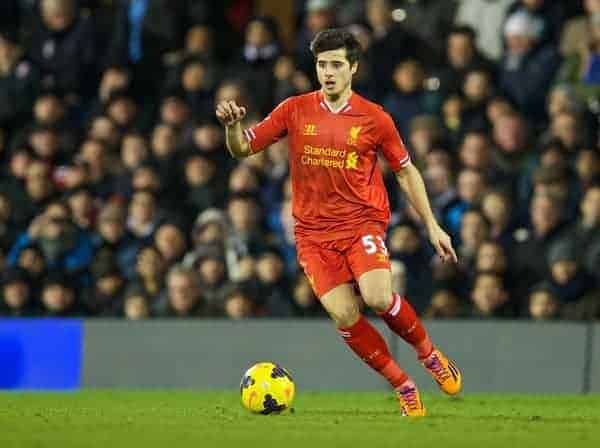 Liverpool youngsters Connor Randall, Cameron Brannagan and Joao Carlos Teixeira are to make their full debuts for the club this evening against Bournemouth in the League Cup at Anfield.

Local lad Randall, 20, has been an unused sub in each of Jurgen Klopp‘s first three games in charge. The academy product is the only recognised full-back behind Nathaniel Clyne and Alberto Moreno.

Brannagan, 19, made his debut for the club against Bordeaux in the Europa League.

Teixeira, 22, spent last season on loan to Brighton in the Championship – where he won their player of the year. He’ll be making his full debut 623 days after making his debut as a sub at Fulham in February 2014. Our academy expert Michael Sweeting provides his opinion on what to expect from each player:

Brannagan: is an attack minded centre-midfielder or attacking-midfielder. Very clean and technical, quick but doesn’t rely on his pace, gets goals but more a support midfielder.

Teixeira: is deceptively hard working. He can play the killer ball but is more of a physical runner than a playmaker.

The common thread between Randall, Brannagan and Teixeira is their hard working, never-say-die attitude.