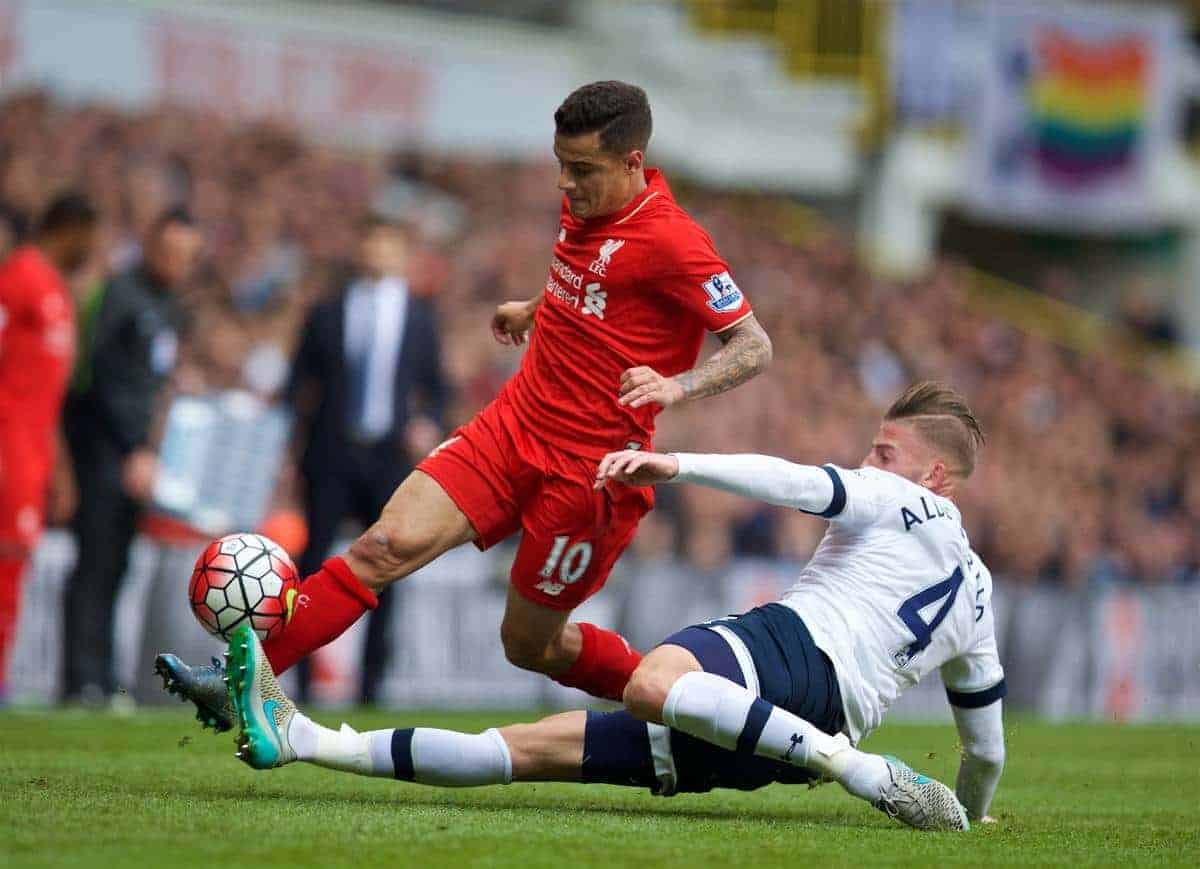 Divock Origi came closest to breaking the deadlock with his header hitting the underside of the cross-bar, before three excellent saves from Simon Mignolet ensured the Reds return to Merseyside with a point.

It was a hard working performance from Klopp’s side with positives from his first 90 minutes in the Liverpool dugout, and here are the discussion points from the draw.

It was always going to be a tough test with so many players missing, but the depleted Reds rose to the challenge and battled superbly to a clean sheet and deserved point.

There were still moments of uncertainty defensively – mostly involving Martin Skrtel – which will of course require work over the coming weeks, but the team as a whole grafted, battled and scrapped for the duration.

There was a resilience about preserving a clean sheet at the back, with the Reds defence throwing bodies on the line for blocks, tackles and last ditch challenges, while in midfield, Lucas, Milner and Can put in countless miles to ensure there was no way through for the home side, who benefited mostly from Liverpool errors.

Liverpool the first team to out-run Tottenham this season.

Coutinho, Lallana and Origi, despite not clicking as an attacking unit, all worked tirelessly and chased everything that went forward after only the slightest of encouragement, with all 11 Reds determined to fight for a first clean sheet in eight games.

The Reds have conceded and surrendered vital goals all too easily in recent times, but Saturday’s clash showed a welcome upturn in battling spirit and resilience on a tough afternoon.

It was a feature that went missing all too quickly under the previous management, but Klopp has taken no time in reintroducing it to his side.

The Reds chased, harried and hunted in numbers from the first whistle, closing the game out for Spurs for large parts, and when not taking a breather to recover from the relentless chasing, the desire was constantly there to win the ball and spring an attack.

The back four – operating with a high line – helped close space between lines which nullified the ability of Erik Lamela, Christian Eriksen and Harry Kane in particular to get in the game and cause problems.

In midfield, Lucas, Milner and Can worked well as a unit in close proximity to condense spaces, while Coutinho and Lallana in support of Origi ensured nothing was left to chance going forward, with the Reds benefiting on occasion bringing cheers from Klopp on the touchline for their work.

It will take time to come together properly, but the signs on the return of out-possession energy were immediately positive.

Liverpool head home with a point gained thanks in no small part to the superb shot-stopping display from Mignolet.

The Belgian made big saves at key moments, from Clinton N’Jie and Harry Kane especially in the first half, rescuing the Reds who suffered some lapses in concentration defensively throughout.

Mignolet will always have the faults of his game which were evident again with some suspect kicking and distribution – he posted a pass accuracy of just 33.3%.

But on a day when every Red had to stand up to the challenge, the 27-year-old did just that with some excellent stops – another from a rasping drive which took a dangerous deflection off Mamadou Sakho – to ensure the Reds return to Merseyside with a point.

Question marks remain over his long-term future at Anfield, but the Belgian certainly showed his good parts with a strong performance between the sticks.

The Belgian was thrown in at the deep end in difficult circumstances, but Origi deserves credit for a positive showing in a largely thankless task on his Premier League debut.

The 20-year-old was lively in attack when adequate support was provided, and he so nearly broke the deadlock, seeing his instinctive header bounce down off the crossbar and out, rather than over Hugo Lloris’ line.

It was the only real chance the Belgium striker had – other than one left foot strike late on – but on an afternoon he had little service to feed off, he displayed some nice movement, touches and a desire to drive his team forward with his pace and power evident.

Klopp: “I wanted to take Origi to Dortmund when Liverpool bought him. But he went on loan to Lille."

Though it was far from a blistering display, Origi’s performance was certainly positive and one to build on for Klopp – who spoke pre-match of his excitement at working with the striker.

Instantly establishing himself as a key figure in Klopp’s defence, the Frenchman turned in a superb performance at the heart of the Reds’ rear-guard.

Sakho was typically reliable with his distribution – he posted the highest passing accuracy of the 11 starts with 89.4% – but he provided a composed and dominating figure alongside Skrtel who by contrast, endured a very poor afternoon.

Mamadou Sakho comfortably Man of the Match there, for me. Didn't do anything outstanding, just a composed, robust defensive display. #LFC

It was a Man-of-the-Match performance from the 26-year-old who made nine clearances and two blocks – one being goal-saving from Dele Alli first half – and the front-footed display quite clearly pleased his new manager who was straight on at full-time to embrace the France international for his commanding presence in defence.

It’s pleasing that Klopp has seemingly already recognised Sakho’s leading talent and it’s now time for him to prove once and for all he is Liverpool’s first choice defender.

Decent result all things considered. Clean sheet. No Sturridge, Benteke, Ings, Firmino etc. Only a week of training with some of the squad.

It was a decent start to his Anfield career for Klopp, who turns his attentions immediately to the Reds Europa League clash with Rubin Kazan on Thursday night.